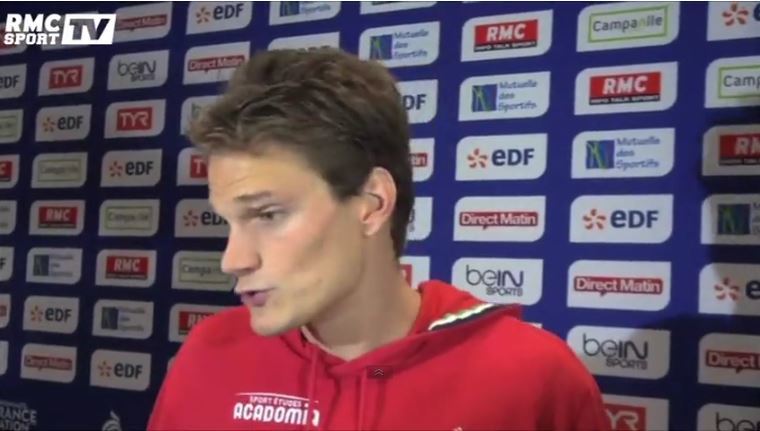 In an interview with RMC Sport, below (in French), Yannick Agnel discussed the controversy over his third-place finish with a... 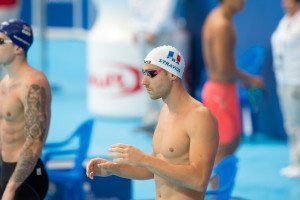 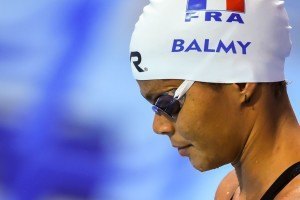 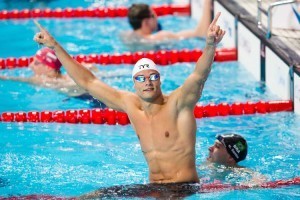 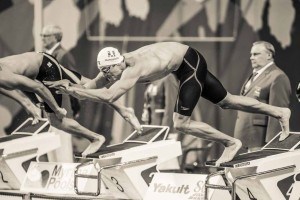 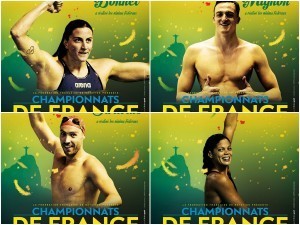 In an interview with RMC Sport, below (in French), Yannick Agnel discussed the controversy over his third-place finish with a calm professionalism that masked his disappointment:

“I thought I’d seen everything in my career but that, …it’s terrible. It’s something else I can tell my kids and my grandkids. I don’t know. I’m second, apparently, it’s somewhat undeniable, but I stood on the third step of the podium. It’s rather unacceptable I think. I hope we’ll shine the light on this business.

“It seemed to me that in fact I’d touched second, but with the goggles and the fog and everything, I couldn’t be absolutely sure. Everyone, absolutely everyone, who had been on the finish line told me I had touched second by a large margin. It seems to me a rather honest response.

“It’s rather unacceptable in an Olympic selection meet to have the same problem twice. That is, this morning I finish first and they tell me I’m second in my heat, with a half-second difference between the pad and the real time. And then tonight when it creates a problem for an Olympic selection. It shouldn’t be the case. I don’t know who/what is at fault; surely it has something to do with the installation.

“I take it with a certain measure of calm; it’s not life and death. I’m in a good position. I think about Jordan [Pothain], who is living the same thing as me more or less, so it’s a bit complicated. But no matter what, I support the fact that I was second and that maybe there will still be a chance to be chosen for the Olympics.”

Can we get some video of both prelims and finals?

Soooo is he thinkin they will let people on the team who didn’t make the cut times??

If the meet keeps up like it has, I feel they might. I’m not sure if anyone has achieved a cut time, but I’m not following the meet too closely

I think he is talking about the relay in which France is prequalified.

I think he is talking about the discretion the DTN (national technical director) has in choosing up to 6 men and 6 women to add to the squad at the conclusion of the meet. When he said it, I’m guessing he was thinking that his second-place finish would be validated, as it had been after the morning mishap. However, since that interview, the head official announced the Appeals Committee’s final judgment that the stated finishing order of Stravius-Pothain-Agnel would hold. So even the DTN can’t save him now.