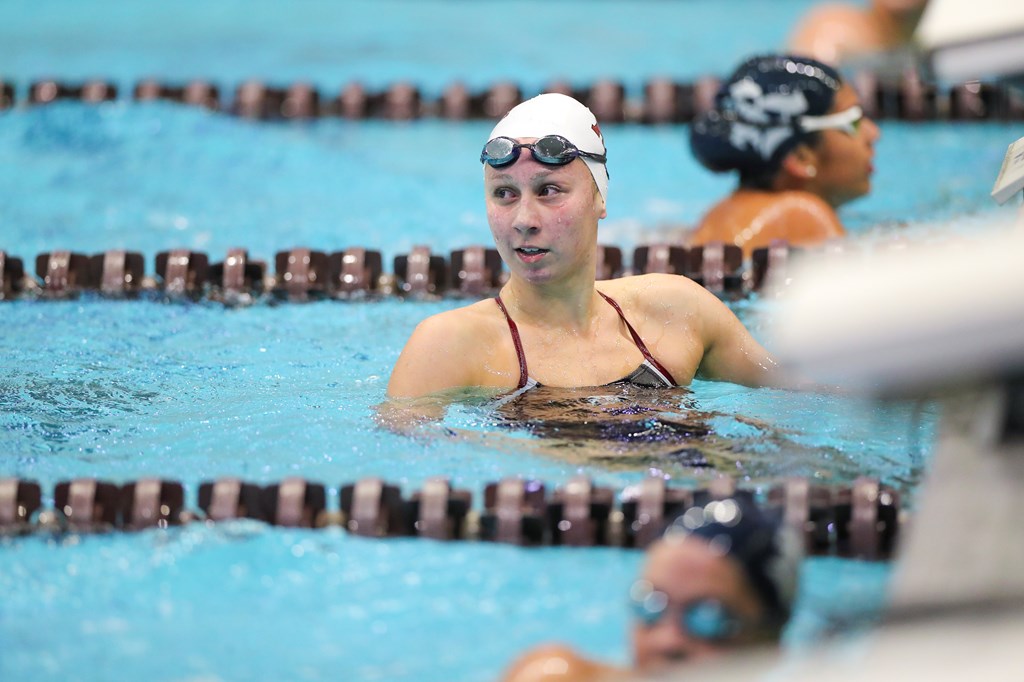 The Texas A&M Aggies won 12 out of 14 events to win their 15th consecutive dual meet over Rice.

That’s huge for the Aggie women, as the freestyle events where a huge weakness for the team last season. After 4 straight SEC Championships, the A&M women finished 6th last season, due in large part to their sprint freestyle struggles. At the SEC Championships, they scored only 4 points in the 50 free and 8 points in the 100 free, and their 200 free relay and 400 free relay both placed 9th at that meet.

While Stepanek alone won’t solve that problem, and the Aggies still need some help, but with a 22.51 split on the anchor of the 200 medley relay, she’s already in range of the team’s 4th-best split at SECs last season.

She also split 24.61 on the fly leg of the 200 medley relay, where the Aggies won in 1:42.21. Rice was actually leading this relay until the freestyle anchor leg, where Stepanek put a second between herself and Rice anchor Lindsay Mathys.

At this meet last season, then-sophomore Emma Carlton won 3 events. This year, while her social media shows she was on deck at the meet, she didn’t race.

Results show Taylor Pike winning the 100 fly and Jing not swimming the event.

This meet was just the beginning of great things for this team!! Gigging em forever 👍👍