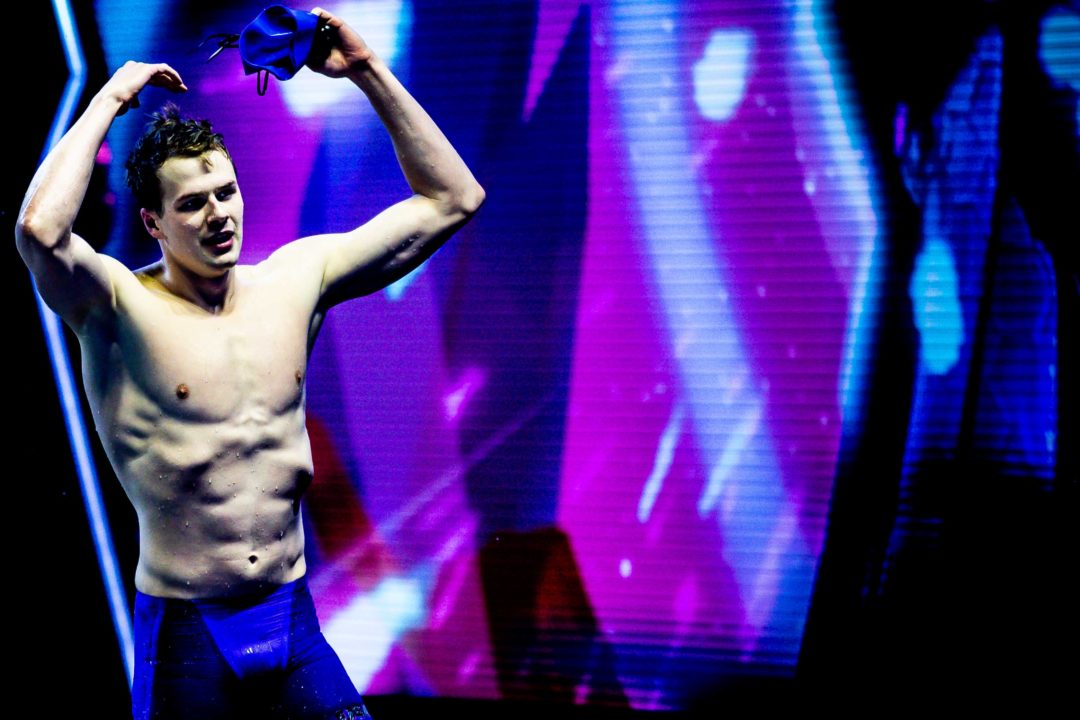 Nic Fink missed the Cali Condors' first two meets of the ISL season, but in the finale, where they need him most, he broke through in the 200 breaststroke. Archive photo via Jack Spitser/Spitser Photography

Nic Fink‘s 2020 International Swimming League season didn’t start off the way he had hoped, but in Saturday’s finale, he showed that he’s ready to end the season on a high note.

Fink swam a new American Record in the men’s 200 breaststroke, placing 2nd in the race in 2:02.00 for the Cali Condors. That was half-a-second behind Kirill Prigoda’s winning time of 2:01.71.

Fink’s swim breaks the American Record set by Cody Miller at the 2015 Duel in the Pool. Miller swam for the DC Trident in last year’s ISL season, but with the birth of a child coming on, he sat out this year’s competition.

Fink’s breakthrough is significant for him, and huge for the Condors, as the breaststroke races have been a huge weakness for them throughout the season. So far, they are trending well above expectations early in day 1 of the Grand Finale, leading defending champions Energy Standard. Through the first session, Cali Condors is outperforming their semifinal expectations by about 18 points.

Fink missed the Condors’ first two meets of the regular season with a wrist injury.

Fink’s closing 100 meters made the difference on this record, running down the mark of Miller, who is better known for his sprinting. Fink was actually faster on his last 50 than he was in either his 2nd or 3rd 50.