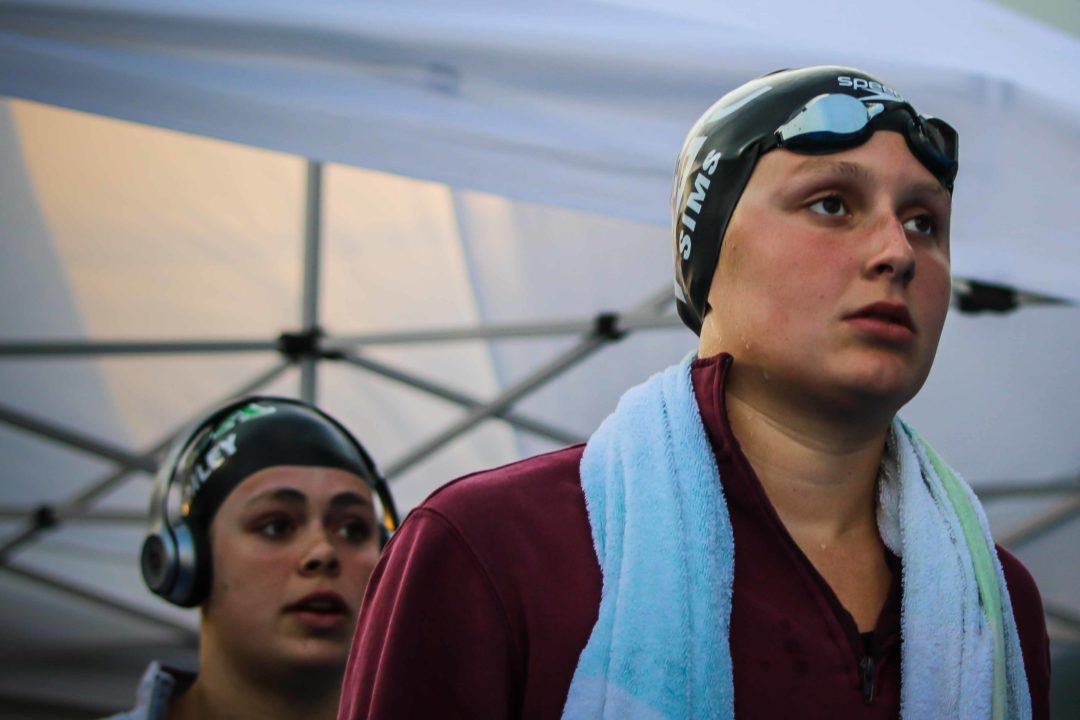 Michigan freshman Kaitlynn Sims (right) went the #2 time in the country this season in the 1000 free, winning at 9:44.11. Archive photo via Jack Spitser/Spitser Photography

In a meet that was a complete blow-out last year (Michigan’s women defeated Iowa’s women, 255-97, in a two-day dual meet), the Iowa Hawkeyes surprised the visiting Wolverines today with more than a couple event wins.

Maggie Macneil proved one of the most valuable swimmers for Michigan today, first helping the medley relay to a win with a 24.88 backstroke lead-off. The relay clocked a 1:40.11 to win by nearly four seconds, getting a 27.83 breast split from Miranda Tucker.

Tucker was the other double winner for Michigan, sweeping the breaststrokes at 1:02.58 and 2:17.01 in the 100 and 200, respectively. She was almost left behind by Iowa freshman Aleksa Olesiak, who was winning at the 150 mark and ultimately settled for second at 2:17.69. Michigan’s Daria Pyshnenko was another close winner, going 23.44 to sneak by Burvill’s 23.47.

Michigan would pull away after the break, though Hawkeye diver Sam Tamborski won 3-meter (341.55) and Drake won the 200 IM (2:03.59) in the last two individual contests before the Wolverines finished the meet on top in the final relay.