After 10 Goals In Two Games, USC’s Mammolito Named MPSF Player of the Week 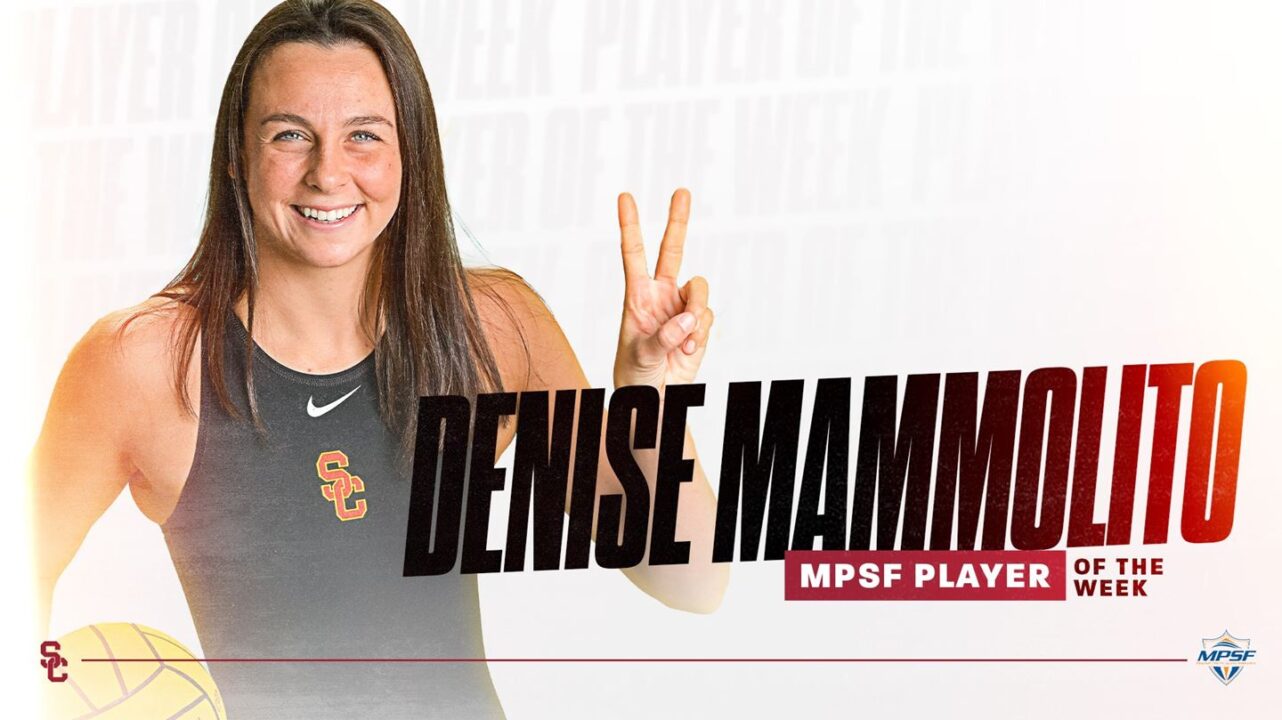 Senior had a hat trick and a seven-goal effort in wins over No. 2 Stanford. Current photo via USC Athletics

USC senior Denise Mammolito’s scoring hot streak flared up even brighter last weekend, with the captain compiling 10 goals across two wins for the top-ranked Trojans over No. 2 Stanford. For her high-powered efforts, Mammolito has been named MPSF Player of the Week for the first time in her Trojan career.
Mammolito has strung together multiple-goal games in the past six outings, moving herself into the No. 12 all-time scoring slot on USC’s career charts. But last weekend’s explosive efforts were particularly crucial.
She scored three goals in USC’s 12-8 win over the Cardinal on Saturday, pulling the Trojans to one-goal leads on her first two goals and then pushing USC out to a two-goal lead in the third.
The next day, Mammolito scored all five of USC’s goals in the second half of play to key a comeback from a two-goal deficit and force overtime. In the first OT, her career-high seventh goal of the day stood as the game-winner in USC’s 12-11 overtime victory to keep the Trojans undefeated on the year.
Mammolito is the third Trojan to collect MPSF honors this season, following MPSF Player of the Week awards by Verica Bakoc and Maud Megens.
Mammolito and her Trojans have their final two home games ahead this weekend, marking the last action at Uytengsu Aquatics Center for eight graduating Trojans. That includes Mammolito, who returned for a fifth season this year following the cancellation of 2020 competition last year.