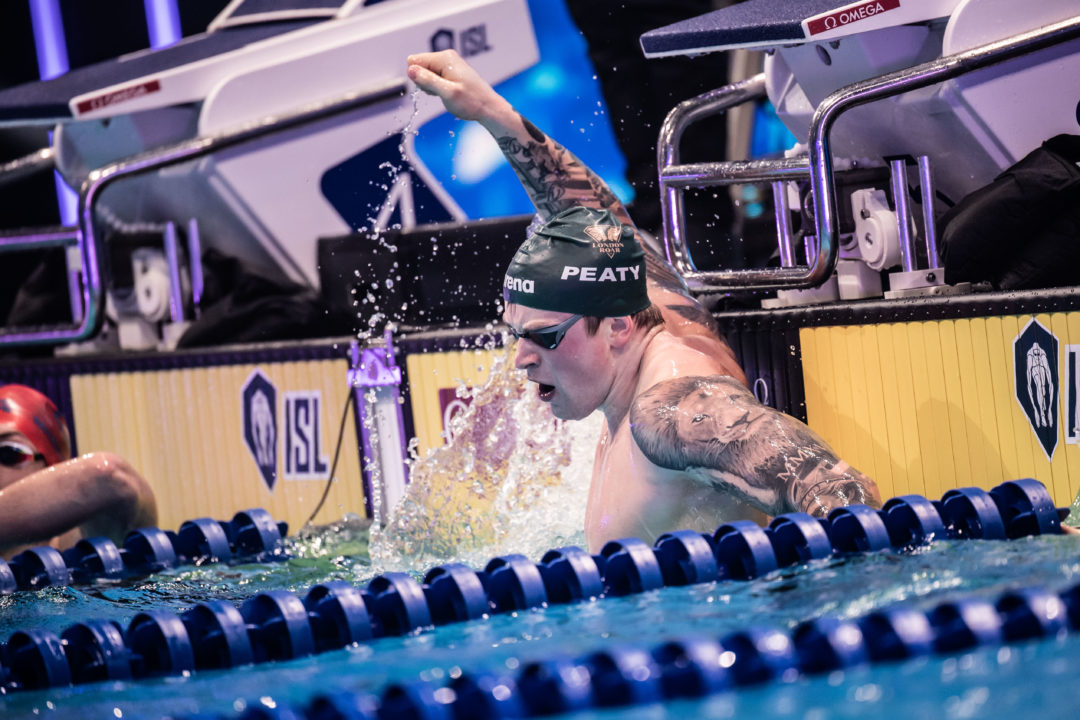 After lowering the 11-year-old world record a week ago, Peaty brought the all-time mark down to 55.41 during the ISL Grand Final. Current photo via Mike Lewis/Ola Vista Photography

Adam Peaty has reset the men’s 100 breaststroke world record for a second time inside the ISL bubble, blasting a time of 55.41 during the league’s Grand Final in Budapest.

Peaty’s swim lowers the mark of 55.49 he set last week during the semi-finals. That swim had taken out the 11-year-old super-suited record of 55.61, set by South African Cameron van der Burgh back in 2009.

Peaty, a 25-year-old native of Great Britain, has now dropped over half a second from his best time entering the season, having come in with a PB of 55.92 from last season’s ISL final.

The runner-up in the event was Energy Standard’s Ilya Shymanovich, who actually equalled Peaty’s old world record in 55.49 to become the second-fastest man ever. In third, Cali Condor Nic Fink clocked 56.16 to set a new American Record, lowering Ian Finnerty‘s 56.29 from last season.

Including Iron’s Emre Sakci, who isn’t swimming in the final after his club was eliminated in the semis, three of the five-fastest performers in history set their best times inside the bubble.

This man is unstoppable!!

Big lad does it again

I swear he got bigger from last year.