Abbey Weitzeil on Why Semi-Finals are the Most Difficult Round 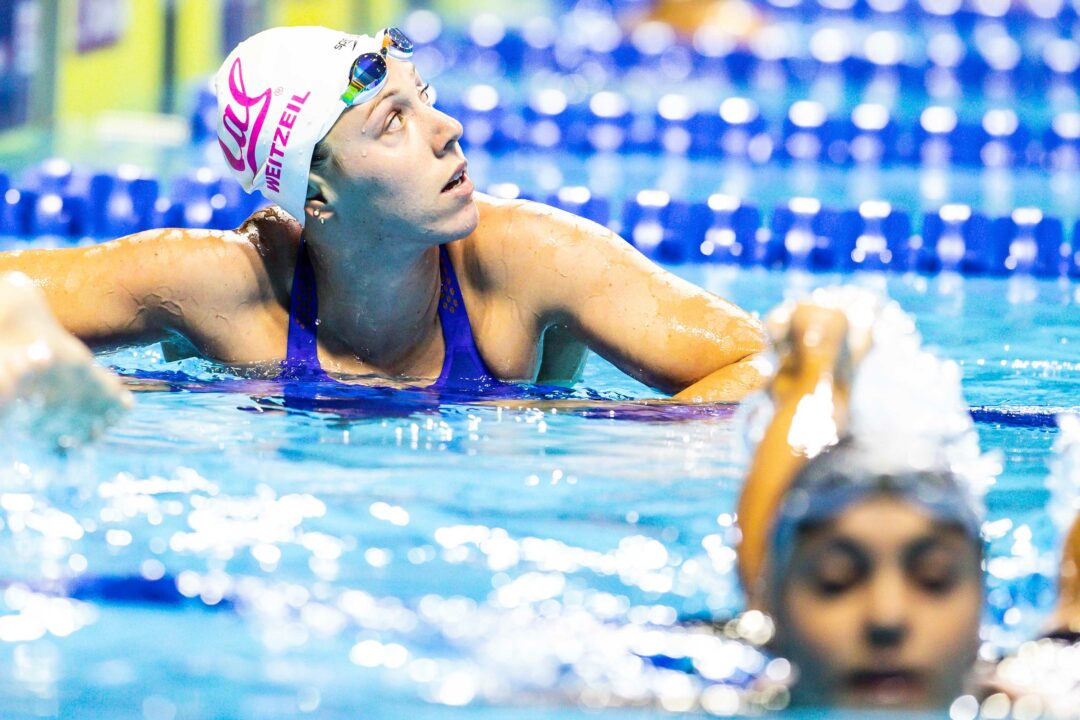 It was good vibes all around for the Georgia swimmers following Fink and Wilson’s 1-2 finish in the 200 breast, as good friends Olivia Smoliga and Natalie Hinds kept the good times rolling but tying for the victory in the first semi of the women’s 100 freestyle, both hitting a PB of 53.55.

Smoliga is coming off a third-place finish in the 100 back, still looking to make her second Olympic team, while Hinds has positioned herself to potentially qualify for the first time tomorrow.

Those two ended up qualifying tied for first overall, but the big surprise was the finish for Simone Manuel.

Manuel, the defending Olympic champion and two-time reigning world champion in the event, had been out of the water for three weeks in April, we learned during the broadcast, and subsequently placed fourth in the first semi in 54.17. That ultimately earned her ninth place, .02 outside of tomorrow’s final.

Manuel missing the Olympic team in this event, let alone missing the final, is the biggest surprise of these Trials so far.

Cal’s Abbey Weitzeil, the 2016 Trials winner, led the second semi in 53.66, qualifying third overall. Cavalier Aquatics’ Catie Deloof busted through the 54-second barrier for the first time in second, clocking 53.77 to advance fourth into the final.

Brown in particular hasn’t performed well this week, so getting into the final is a huge turnaround.

The women’s 100 meter freestyle is currently in shambles. Not one women is currently ranked in the top ten for calendar year 2021. Unbelievable!

We love you Abbey!!