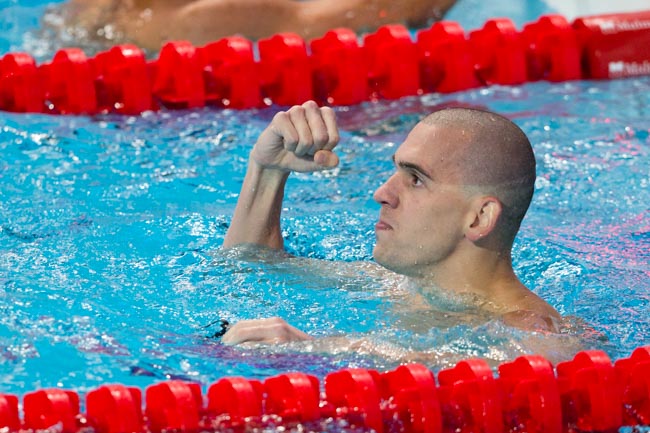 All five athletes followed that up with wins in Netanya. Hosszu swept both the backstroke and IM events setting world records in the 100 and 400 IM, Sjostrom took gold in the 100 freestyle as well as the 50 and 100 butterfly, Paltrinieri won the 1500 freestyle in world record time, Cseh took the 200 IM along with the 100 and 200 butterfly and Koch was victorious in the 200 breaststroke.

With their success in Kazan and Netanya all five athletes have set themselves up well heading into Rio.

Will Success at These Championships Translate into Olympic Hardware

It is always interesting to see how much success in the short course pool translates to winning performances in the long course arena.

Looking back to the 2011 European Short Course Championships there were only five athletes who won medals in Szczecin who stood on the podium in London. Those swimmers included Daniel Gyurta, Michael Jamieson, Yevgeny Korotyshkin, Laszlo Cseh and Mireia Belmonte.

As mentioned above several of the athletes who collected medals in Netanya were also extremely successful in Kazan. That fact would make one think that the results for the medalists at this year’s championships should make more of an impact in Rio.

This year the Hungarian team stepped it up to a new level finishing atop of the medal standings with 11 gold, three silver and one bronze.

I wasn’t following Swimming back then but from what I know/can tell from those WCs is that Phelps wanted to try other events? He swam the 400 freestyle and 100 freestyle, two events he doesn’t usually compete in. So I’m guessing he dropped the 200 fly and one of the individual medleys (can’t remember which one) to see how he could do on those two events.

Looks like Phelps is going to have to go thru the likes of an in-form Laszlo Czeh, not to mention LeClos, Seto, Hagino, Lochte, Shields, Schooling, Conger and countless others to win Gold in Rio. It is going to take practically a WR to win any of his signature events.