5 Reasons to Stop Comparing Yourself to Other Swimmers 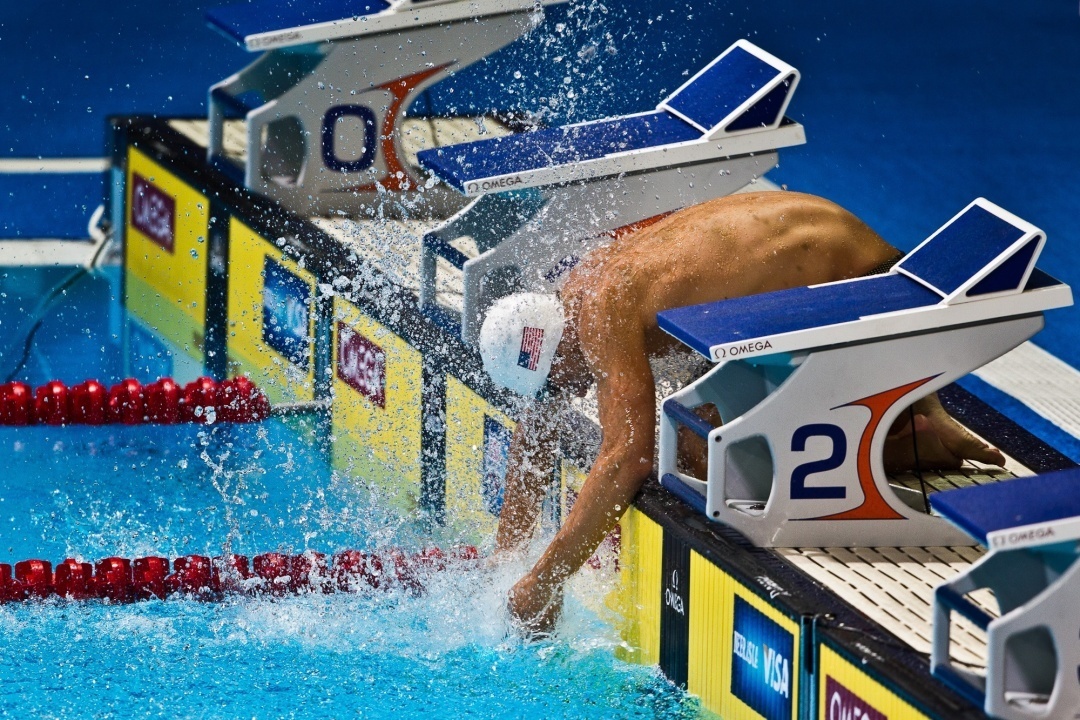 #3 - We tend to compare our weaknesses against the strengths of others. Current photo via Tim Binning/TheSwimPictures.com

“If only I had the same talent that she has.”

“I really wish I had his genetics, cause then I could truly be a great swimmer.”

It’s natural in a sense to measure ourselves up against the swimmers that are faster than us, while also feeling a measure of gratitude for not being like the next swimmer.

But getting lost in the efforts and results of the competition takes your attention away from the one swimmer who deserves the most attention. Whose performance is ultimately the only one which matters. Yours.

Here are 5 reasons that you should stop holding yourself up to the performance and standards of your fellow swimmers:

1. We all grow at our own pace. Literally and as an athlete.

I know how frustrating it can be to watch swimmers who train with less intensity pass you because of a growth spurt. As a 12-14 year old I watched with demoralized disbelief as some of the swimmers I had been beating handily grew literally into men. With their wispy mustaches and newfound muscles these swimmers quickly overtook me in some of my best events. It was very difficult to watch athletes – some of whom I trained with – who had little interest in success in the pool suddenly shoot past me, simply because I hadn’t grown at the same rate.

We all have our own trajectory towards swimming success. For some it burns bright and early, while for others they don’t hit their stride until later in their teens, or even until long after their age group swimming days are over. So while it is natural to look at the lane beside you and feel discouragement because they are suddenly swimming faster than you doesn’t mean that they will be a year from now. Or five years from now.

2. You always imagine the competition having it easier than you.

For many swimmers, watching a fellow swimmer perform extremely well in competition isn’t inspiring, or motivating. It’s demoralizing. You see how flawlessly they do, and can’t imagine the work they must have done to get there. And how you will never – could never – match that level of ability.

We build the competition up in our own minds to the point that they are utterly and completely invincible. In this manner many times we have lost long before we get up on the blocks, and everything that follows is simply the completion of a self-fulfilled prophecy.

In reality they experience the same struggles as you. They have the same lapses in confidence and motivation. They also have stress in their lives, relationships that cause more drama than they ought be worth, and even have a similarly crushing school schedule.

View the competition as what they are – just another struggling swimmer trying to find his or her place on the podium, and not as some swimming demi-god. Humanize the swimmer next to you so that you can remove them from the pedestal that you have placed them on.

3. We tend to compare our weaknesses against the strengths of others.

Seems silly, doesn’t it? We take the weakest parts of what we are doing – an injury, a few missed workouts, a less than awesome start – and stack it up and measure it against the best of what others are doing.

It’s an impossible comparison. We have designed the comparison from the outset to insure that we come out inferior.

4. We expect success to look like the fastest swimmer in the pool.

We’re hardwired to find the path of least resistance. Going out of our way to find a new and unproven path to success is a lot of work, so we look around and check out the people that are successful. From what we know of their experiences – which can be hilariously limited – we draw up an expectation of what it will take to be successful.

There is no shame in looking at what worked for others – we can save ourselves a lot of time by skipping out on some of the errors they made. But to expect the same results is setting yourself up for disappointment.

Your own version of success will be as unique and different and awesome as you are. You hear superstar athletes hear about this all the time. How many times have you heard someone described as the “next Phelps?” or as the “next Missy Franklin?”

Phelps himself knew the pointlessness of these comparisons better than anyone. From the lead-up to Athens in 2004 right up until that final 8th gold in Beijing, he was inundated with a nauseating column of high speed comparison between him and Mark Spitz. (This comparison-making hasn’t ended since; with Phelps being the winningest Olympian of all time now the conversation has morphed into a “greatest athlete of all time” debate.)

How can you define success for yourself in the pool if the ideal is based on someone else’s performance? How can you measure your own greatness if it is tied to how someone else swims?

This is fantastic…the comparison syndrome is a complete cancer. The kids develop “PLOM” disease (Poor Little Ole Me).

Very inspiring,and has made me think alot about my life and experiences as a swimmer, I will surely use this information both in life and in the pool. Thanks

It’s Inspring and I love it!