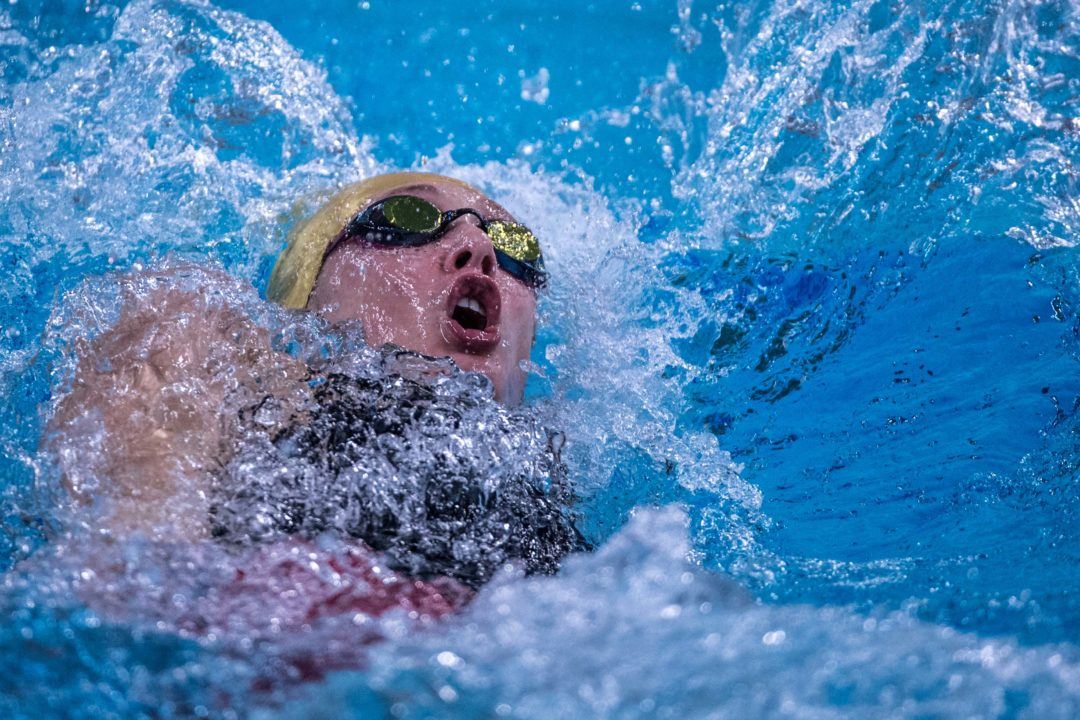 Taylor Ruck has scratched out of the women's 200 IM on the final day of the Indianapolis Pro Swim. Archive photo via Mike Lewis/Ola Vista Photography

17-year-old phenom Taylor Ruck has dropped the 200 IM from her event lineup on the final day of the TYR Pro Swim Series in Indianapolis, opting to solely focus on the 100 back. Ruck was entered as the 3rd seed in the 200 IM with her best time of 2:11.16 done at the Pro Series stop in Atlanta at the beginning of March. She’ll head into the 100 back as the 2nd seed behind American speedster Olivia Smoliga.

The winner of eight Commonwealth Games medals just over a month ago, Ruck has had an impressive showing through two full days of action in Indy. She won the 100 free over a loaded field on Thursday, and then had an impressive double with a 3rd in the 50 free and a victory in the 200 back on Friday.

Ruck’s HPC-Ontario teammates Kayla Sanchez and Rebecca Smith have also scratched one event each, as Sanchez will forego the 200 IM for the 100 back like Ruck, while Smith will do the opposite and drop the 100 back.

A few other notable scratches came in the 800 free, as women’s #2 seed Hannah Moore and men’s #7 seed Matias Koski have both dropped out. This elevates Ally McHugh and PJ Ransford into the fastest heat, which will be part of the finals program (while the other heats will go in the afternoon).