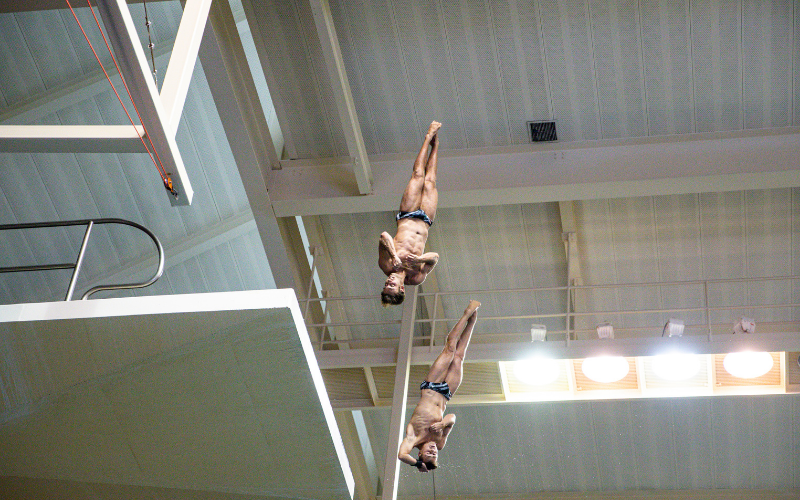 Purdue's Tyler Downs won the men's 1-meter at the Zone C Championships on Tuesday, leading a quartet of Boilermakers who have earned NCAA qualifiation. Current photo via USA Diving

10 spots were up for grabs in the women’s 3-meter event, but there were only two new NCAA qualifiers as Indiana’s Kristen Hayden and Anne Fowler finished 1-2 for the second straight event.

Adding their names to the NCAA qualifiers list was Purdue’s Jenna Sonnenberg, who finished fourth, and Kentucky’s Megan Southall, who was 10th.

It was a similar story in the men’s 1-meter event with nine NCAA spots on the line and only three of them going to divers who hadn’t already earned their ticket on Day 1.

Purdue’s Tyler Downs placed first with a score of 776.45, well ahead of the field that was tightly bunched from places second through eighth.

Qualifying for NCAAs on the day was the Purdue duo of Jordan Rzepka and Gregory Duncan, who finished tied for fifth and eighth, along with ninth-place finisher Samuel Duncan of Kentucky.