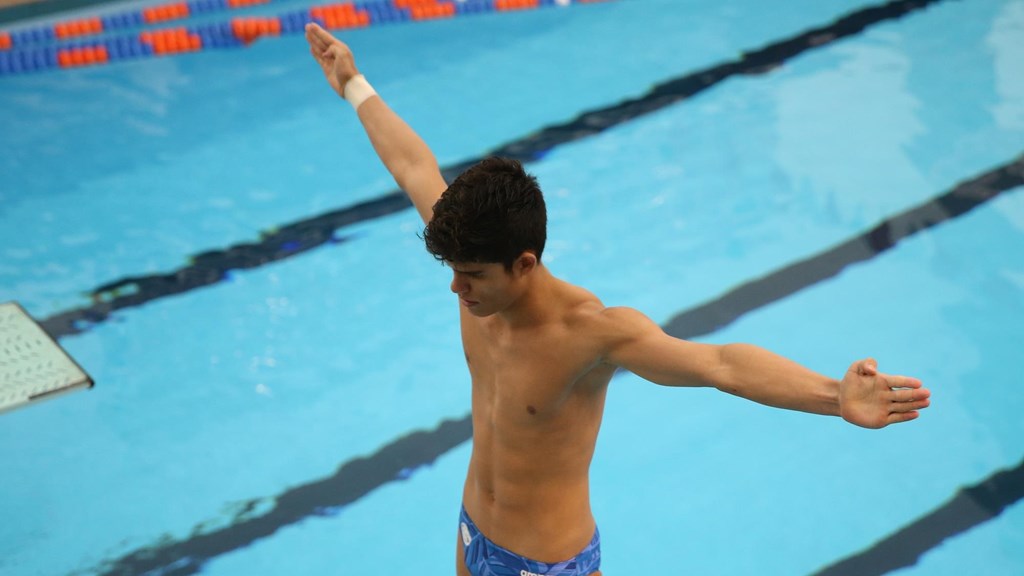 Florida's Leonardo Garcia qualified for NCAAs by placing eighth in the men's 1-meter at the Zone B Championships in Atlanta. Current photo via Alexis Greaves/Florida Athletics

UNC’s Anton Down-Jenkins led the way and the University of Florida got one diver qualified for NCAAs on the second day of action at the Zone B Championships in Atlanta.

A total of eight qualifying spots were up for grabs in this event, with Tennessee and Alabama both getting two men confirmed for NCAAs while top-three team challenger Florida got one in the form of Leonardo Garcia.

With 10 qualifying spots on the line, all but two of the divers who finished in the top-10 on women’s 3-meter had already qualified in Sunday’s 1-meter, with Tennessee’s Grace Cable and Florida’s Carina Lumia earning NCAA berths by placing ninth and 10th.

Does not-reimbursed divers count towards the total number of divers invited, or do they count like a relay only swimmer does?

They count towards the total, the only real difference between the two is that those not reimbursed have to have their school pay for them instead of the NCAA.