2022 Australian Trials Previews: Will McKeown Be The Next Great Back/IM Star? 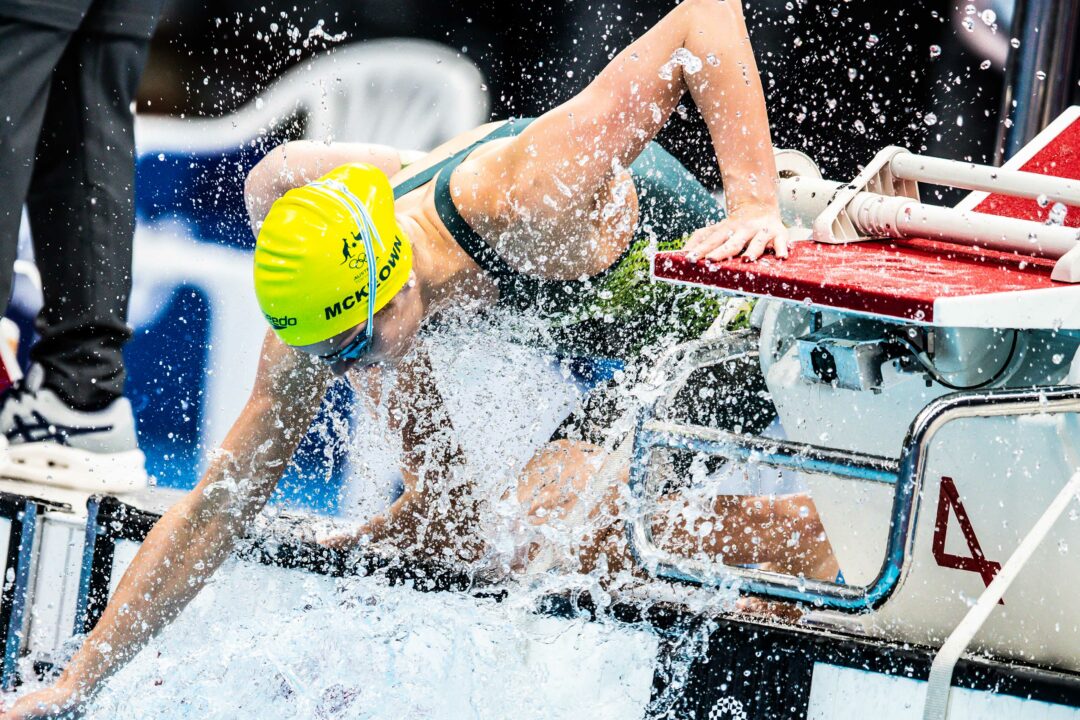 Kaylee McKeown is a known quantity in the backstroke events, but what's her ceiling for a four-event showing at the 2022 World Championships? Archive photo via Jack Spitser/Spitser Photography

The Australian Swimming Championships will take place from May 18 – May 22, 2022. We’re prepping for the meet by outlining some of the biggest storylines to watch out for as the Australians vie for a spot on the World Championships roster this summer. Check out the other posts we’ve shared so far:

The two highest-regarded accomplishments in the world of swimming are breaking a world record and winning an Olympic gold medal. Kaylee McKeown has already done both of those things (in fact, she’s won two Olympic golds and has broken 2 world records.

What makes McKeown’s trajectory this summer more interesting is her potential, in addition to racing the backstrokes, racing the 200 and 400 IMs. Her entry in these events raises the question: is McKeown on track to become the next greatest backstroke/IMer?

It’s one thing to be in the conversation for the greatest backstroker of her generation, but if McKeown commits to racing all 4 events at Trials and then in Budapest, it will be interesting to see how she fares as a dual-discipline swimmer at Worlds.

The easiest comparison to make here is to the most recent great backstroker/IMer: Katinka Hosszu. For years, Hosszu was a consistent victor in both disciplines (along with in butterfly). She has numerous Olympic gold medals and world records to her name and frequently pulled off podium finishes in the 100/200 back 200/400 IM quadruple.

Hosszu’s most impressive performance across all three events came in 2016 when she reached the podium in all 4 events and nearly won the lot, missing the 200 backstroke gold by just 0.06 seconds. Hosszu also had the potential to pull off a 4-podium performance at the 2013, 2015, and 2017 World Championships, but she withdrew from the 100 backstroke after prelims. She was in the top 2 all 3 times, however, meaning that she would have been within range for a medal at all of those meets.

Other versatile swimmers that have dominated the backstroke and IM disciplines include Maya DiRado, Elizabeth Beisel, Kirsty Coventry, and Krisztina Egerszegi.

If Kaylee McKeon opts to race these 4 events at Australian Trials, qualifies in all of them, and decides to race all 4 at World Championships, could she beat Hosszu’s medal record from 2016 and win all 4? What will it take for McKeown to cement herself as the greatest backstroke/IM swimmer in history?

If McKeown does all four events, her schedule (excluding relays) would look like this:

The only session where she would have to race more than one individual event in the night session on day 2 where she would need to race the 100 backstroke semi-final and the 200 IM final. That’s not a problem for her in the backstroke considering that she’s the world record-holder. But it might make the 200 IM a bit of a challenge because it would require a quick turnaround before the final. The only event between the 100 backstroke semi and the 200 IM final is the men’s 200 freestyle semi-final.

While it’s not ideal, the conflict is on day 2 of the meet, which makes it slightly more manageable than if it were later on. After the double on night 2, McKeown’s schedule would get more spaced out and would include a 2-day break between the 100 backstroke final and the 200 backstroke prelim. Additionally, the 400 IM wouldn’t start until she would be finished with the other three events.

We know that McKeown has what takes to win each of the 4 events individually, but it’ll be a tall order considering the level of international talent present in the IMs at the moment. Between double Olympic champion Yui Ohashi, Olympic medalists Emma Weyant and Alex Walsh, juniors Katie Grimes, Leah Hayes, and Summer McIntosh, and Olympic finalists Abbie Wood, Yu Yiting, Sydney Pickrem, among others.

Additionally, while she’s never gotten back to her 2016 peak, Katinka Hosszu did qualify for the final of both of these events at the Tokyo 2020 Olympics.

There’s a short turnaround between the semis of the 100BK and the 200IM final but she can handle it. She’s a pretty controlled swimmer and will leave enough in the tank for the 200IM final. Many have speculated about whether she’ll swim the 400IM. I think she will because it’s the last event so she has nothing to lose. I just wish the 400IM was always at the back of the program rather than on the first day because it’s fairer on the swimmers.

It conflicts with the medley relay. It would be a struggle to swim a competitive 100 back immediately after a 4IM.

Kaylee is definitely swimming the 50 back at worlds. I believe the 100 winner is eligible for the 50, and according to her coach, she broke the 50 WR in training multiple times last year.

Clearly this is a reference I don’t get. Did Schooling claim to have broken a WR in training?

He didn’t claim to have broken a WR in training, but the joke revolves around the idea of one-upping someone else in training only.

The real reason Americans turned him into a meme is because he beat Phelps in 2016. Golden rule of swimming is you must never beat the American generational stars in their pet events !

Exactly Le Clos is also not a favourite, nor Titmus.

Imagine if the Cavic situation were reversed: Phelps touched first but Cavic got the gold. Americans would never forgive him lol.

Kaylee can definitely do 100 back and 200 IM in the same session but I’m not so sure with only a single event in between. That schedule is a bit of a bummer.

Summer Mackintosh has entered the chat.

May swim 400IM at CG, sceptical that she will swim it at Worlds. Whilst she’s not entered in 50back for Trials; unless they have 2 others putting out monster 50 times; she’s more likely to swim that at Worlds than 400IM.

If she swims the 400 IM at Worlds then the medley relay must be dire without McKeon’s fly leg so they’ve given up on it.

I don’t think any of us give a rats about the Med relay at the worlds. It’s all about Paris

Divided by the 8 swimmers involved in that relay? And is $20k only for winning? Aussie girls aren’t winning the medley relay but could get silver or bronze.

I wouldn’t put anything past her.
(btw Saturday June 18 should say 200 IM semi final for nighttime)