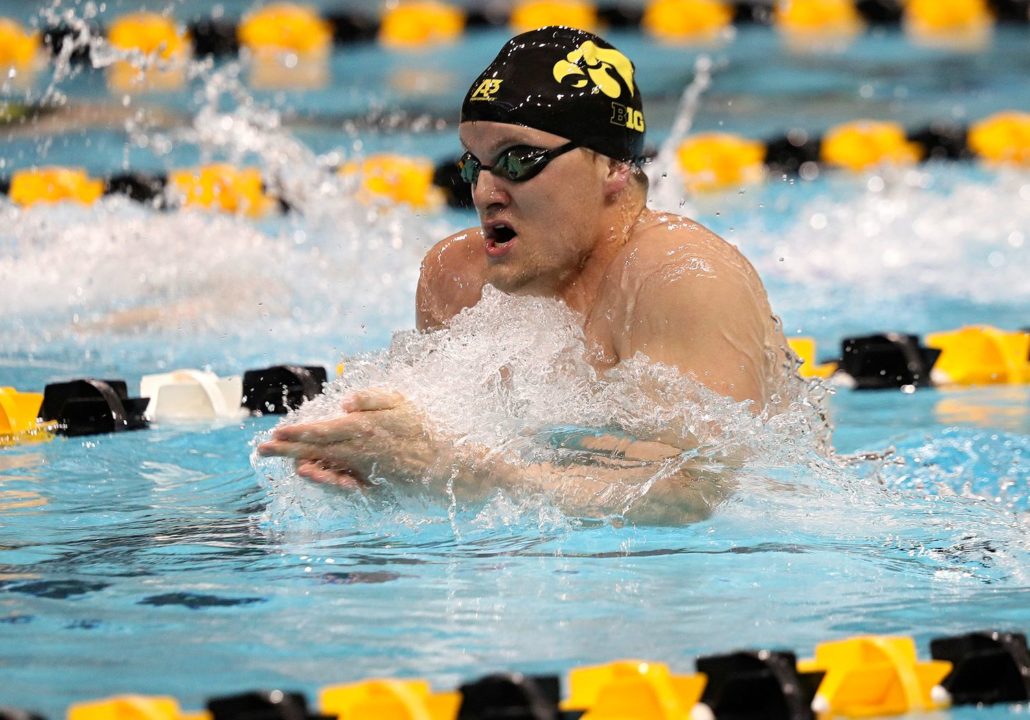 Iowa's only swimmer, Will Myhre, was seeded 14th in the 100 breast, and was the only top 16 scratch from this morning's prelims, Current photo via Stephen Mally/Iowa Athletics

There was only one scratch from a swimmer who was seeded to score on the third day of the 2021 Men’s NCAA Swimming & Diving Championships, but it’s a big one, at least in terms of what it means for a program.

Iowa’s Will Myhre was the only swimmer from that program to qualify for these championships, and he appears to be out of the meet, as he doesn’t show up on today’s heat sheet after being seeded 14th in the 100 breast, and he doesn’t appear at all in Meet Mobile, possibly indicating that he is not competing this week. Barring any change, this would have been the final appearance at the NCAA Championships for the Iowa men, after the school announced last summer that it would be cutting swimming. The women’s team was successfully reinstated, but there has been no such luck for the men’s team so far.

Speaking of the 100 back, keep an eye on the early heats. Indiana’s Brendan Burns and Texas’ Austin Katz are in heats two and three respectively, but both have lifetime bests under 45.0 and could challenge for the A-final.

F*ck the U of Iowa administration

Does anyone know if he showed up to the meet? If not…one of the alternates could’ve been called up!

It does not appear as though he’s there. We’ve reached out to Iowa to ask why.

Yeah, but based on your commenting history, you would’ve said this no matter what happened yesterday