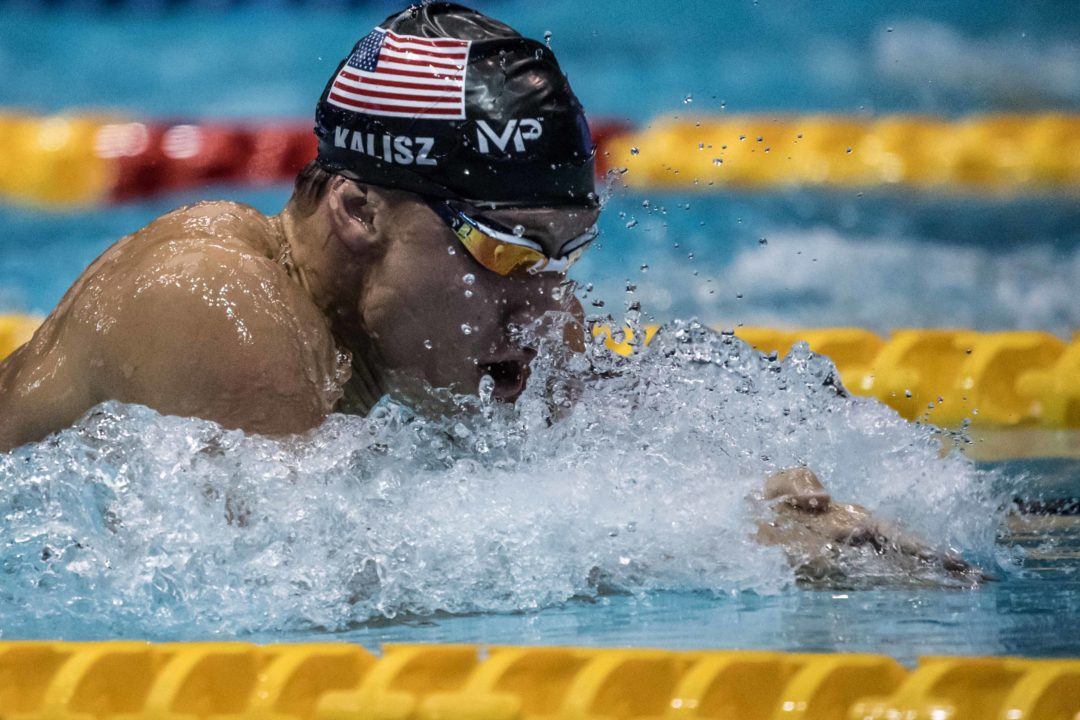 Kalisz, who swept the IM events in Budapest, is currently ranked 9th in the world for 2019 with a 1:57.68 from the TYR Pro Swim Series. Archive photo via Mike Lewis/Ola Vista Photography 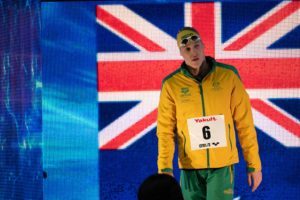 The 200 IM at the 2019 World Championships will feature a handful of men who have proven themselves top contenders for the gold with their lifetime bests in the 1:55-range, but can anyone join IM legends Michael Phelps and Ryan Lochte in the sub-1:55 club? 2017 World Champion Chase Kalisz of the USA is back to defend his. Kalisz, who swept the IM events in Budapest, is currently ranked 9th in the world for 2019 with a 1:57.68 from the TYR Pro Swim Series. He earned the U.S. their 8th-straight world title in this event in 2017, and went on to become the 6th fastest performer in history with his 1:55.40 from last summer’s Pan Pacs. In winning the 2017 race, he topped 2016 Olympic 400 IM champion and 200 IM silver medalist Kosuke Hagino.

Japan’s Hagino is the 3rd fastest man in history and very close to breaking 1:55, but he won’t be making the trip to Worlds this summer. The field is still riddled with some of the top swimmers in history, however, with Australia’s #9 Mitch Larkin and Germany’s #10 Philip Heintz in the mix. Daiya Seto, the 2016 Olympic bronze medalist in the 400 IM, will represent Japan in Gwanju. Larkin is the only man other than Kalisz to have broken 1:56 since the last World Championships. Like Larkin, Seto has hit his stride in the event this year with a lifetime best 1:56.69 at Japan Nationals in April. Heintz hasn’t broken 1:56 since 2017 German Nationals, but swum a 1:56.67 in April of last year.

Great Britain’s Duncan Scott comes to Worlds after narrowly missing the British Record in this event with his lifetime best 1:56.65 at British Champs in April. His countryman, Max Litchfield, holds that record and will also be competing in Gwanju. Litchfield’s British Record is just a hundredth faster than Scott, as it stands at a 1:56.64 from 2017 Worlds. The USA’s Abrahm DeVine is just a tenth behind those two in terms of best times. DeVine is coming off an NCAA season that saw him win his 2nd consecutive title in the 400 IM. He comes in with a best of 1:56.79 from 2017 USA Nationals. We don’t have too much to go on for DeVine this year in long course as he’s only done it twice in 2019 with a season best of 2:01.14.

China’s Wang Shun, the 2016 Olympic bronze medalist in this event, has nearly cleared 1:56 before as he posted a 1:56.16 at the 2017 Chinese Nationals. He’s currently ranked 3rd in the world for 2019, just a hundredth behind Scott. Teammate Qin Hiayang, who owns the World Junior Record in this event, is ranked 10th in the world this year and has been within tenths of his lifetime best 1:57.06 from 2017 Worlds. Ranked one spot ahead of him is Brazil’s Caio Pumputis, who swam a lifetime best 1:57.70 this year. Swiss IMer Jeremy Desplanches, the defending European Champion, is also currently ranked in the world top 10 (#6), who looks to return to the final after setting the Swiss Record in 2017.

That’s a bold strategy Cotton, let’s see if it pays off for him

Kalisz has this one

I swear every prediction just gets downvoted into oblivion