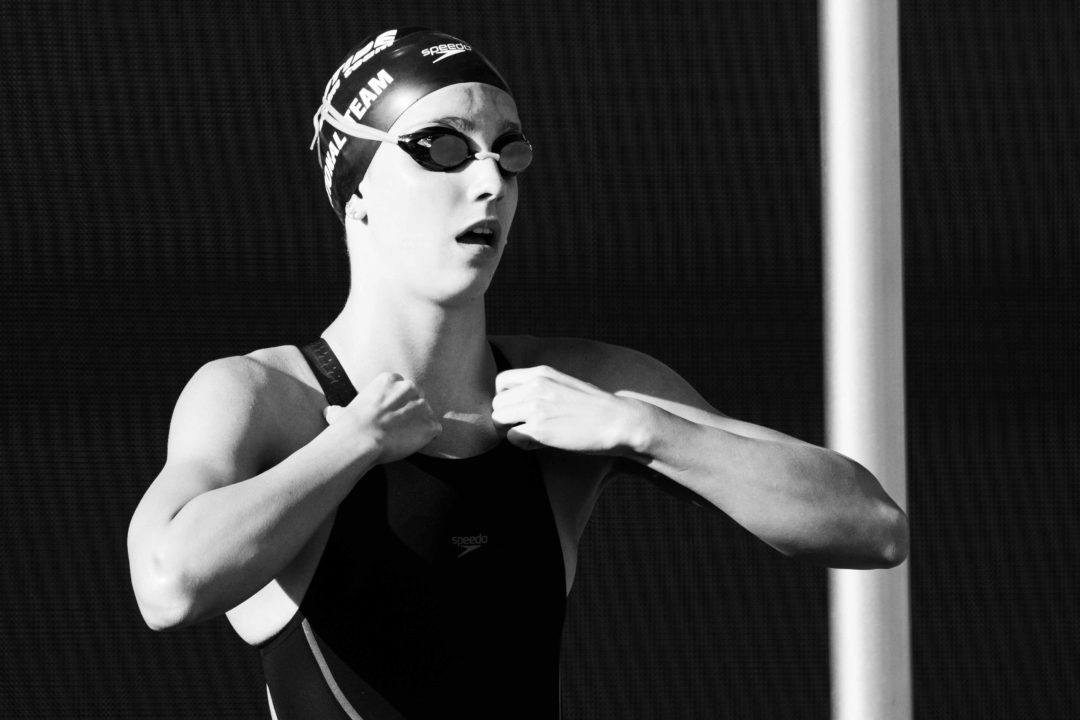 17-year-old Regan Smith is the youngest of four teenagers with viable chances for a podium finish in the women's 200 back this summer. Archive photo via Mike Lewis/Ola Vista Photography

In the almost two years since 2017’s World Champs, the scene has changed dramatically. No longer are we waiting for WR-holder Missy Franklin to mount a comeback. The defending World Champion, Australia’s Emily Seebohm, did not have a great meet at Aussie Trials and missed their Worlds roster. Seebohm’s 2:05.68 winning time from 2017 is the fastest performance since before Rio, too. 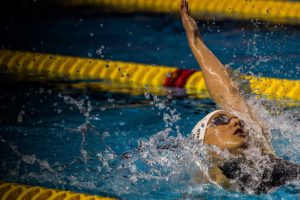 The next name that immediately comes to mind is Hungarian Katinka Hosszu, who was sucker-punched with an ambush by Seebohm over the final 50 meters in 2017 at her home Worlds. That was the second time in two years that a competitor ran down the Iron Lady after American Maya Dirado pulled the upset to win the event in Rio.

Despite her two silvers at the last two major international championships (2018 was a split year, with Pan Pacs, Euros, Commonwealth Games, and Asian Games fragmenting the world’s top talent), Hosszu ranks outside of the top 5 this season.

At the top is upstart Margherita Panziera of Italy, who has broken out onto the scene and proved she can swim with the big names. Panziera is the world leader at 2:05.72, a time done at the Italian Trials in April which nearly eclipsed Seebohm’s winning time from 2017. Panziera first broke Federica Pellegrini’s 200 back Italian Record just last year, when she went 2:07.16 at the Sette Colli Trophy to take almost a full second off of Pellegrini’s record. After a best of 2:09.43 from 2017, Panziera dropped down to 2:06.18 in 2018 to win the European title after breaking the Pellegrini record, and she went on to dip into 2:05 territory this spring. A newer presence, Panziera feels like a lock for the podium.

She’s just ahead of former 100 back WR-holder Kylie Masse, who has proven to be one of the world’s top backstrokers with her 2017 World title in the 100 back (a race in which she set the WR). While Panziera is the hot new name, Masse (who isn’t exactly an *old* name) is also the defending Commonwealth Games Champion. Whereas Panziera’s 2:05.72 leads the world, Masse went 2:05-high in 2017, 2018, and then this spring at Canadian Trials with her lifetime best and Canadian record 2:05.94. 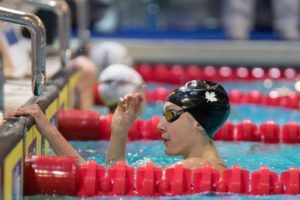 In the line of new blood, this event has four teenagers with very real potential for gold in Gwangju. That’d be 19-year-old Taylor Ruck of Canada, 19-year-old Minna Atherton of Australia, 18-year-old Kaylee McKeown of Australia, and 17-year-old Regan Smith of the USA.

Ruck has a year of Stanford training and racing under her belt and finished just behind Masse at Commonwealth Games last year, and then claimed silver at Pan Pacs behind USA’s Kathleen Baker and ahead of Smith. McKeown set the WJR in 2017 at 2:06.76 where she’d finish in 4th in Budapest, just behind Baker and off of the podium, while Masse was 5th and Smith was 8th. At Aussie Trials this spring, on the final day, McKeown (2:06.35) and Atherton (2:06.85) denied Seebohm a ticket to Gwangju in the reigning World Champ’s final shot at making the team. McKeown continues to slowly progress, while Atherton went a 2:08 in 2016, plateaued, and has since revved things right back up. 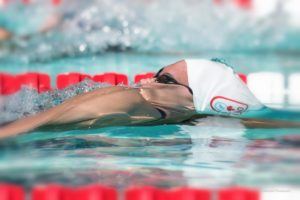 Smith, meanwhile, dropped a world-class 58.4 in the 100 back in season earlier this year, while her 2:06.47 from this spring is just hundredths off of her performances at 2018 Nationals and 2018 Pan Pacs. Her in-season speed is unprecedented for her, and with Baker having to pull out of the 200 IM due to an injury and having not raced since March, Smith is the favored American this summer. If Baker has rested and recovered, though, there’s no reason she isn’t a strong candidate for a podium finish.

Nicely written Karl. This is gonna be one heck of a race, that’s for sure.

Really like Panziera and the young guns for this race:

Firstly, sorry to hijack the thread, but I’d just like to use this forum as a chance to say a big FU to Fina, who look to have priced both Britain and Australia (and how many others will follow?) out of airing this years World Championships live. The organisation is doing an unforgivable disservice to the athletes it purports to represent.

Lol Ingot a VPN and watched BBCs feed last worlds…was planning on doing the same for this year. Very disappointing.

I dare say for Britain that BBC Sport will show the whole thing live. You just need a BBC iPlayer account to watch it.

Nope, already confirmed. BBC and Eurosport both word it nicely, but in short it’s “FINA want too much money for the rights”. Aussie media saying the same. FINA then promptly made it $25 for access to FINA TV for World Champs week. They really really are crooks.

Damn it. An hour of highlights every day is better than nothing at all I guess.

Textbook case of what happens when there is a conflict of interest going on. The sport and its fans suffer.

I hadn’t realised they’d jacked up the price for FINA TV. What a joke. They really are strangling this sport to death.

I’ve been on the fence about whether or not ISL would succeed. But, I was mostly focused on “whether ISL would succeed on its merits.” When weighing FINA’s decision making, seems more likely that ISL will succeed.

I think you should contact Dale Neuburger, let me quote his company website which made the following promise:

To build the momentum in the lead up the event, BCW Sports practice will provide advice on strategic communication including support with international media outreach, social and digital media and traditional media relations to the Gwangju 2019 team on its international communications and public relations strategy – helping to best promote the FINA World Championships globally.