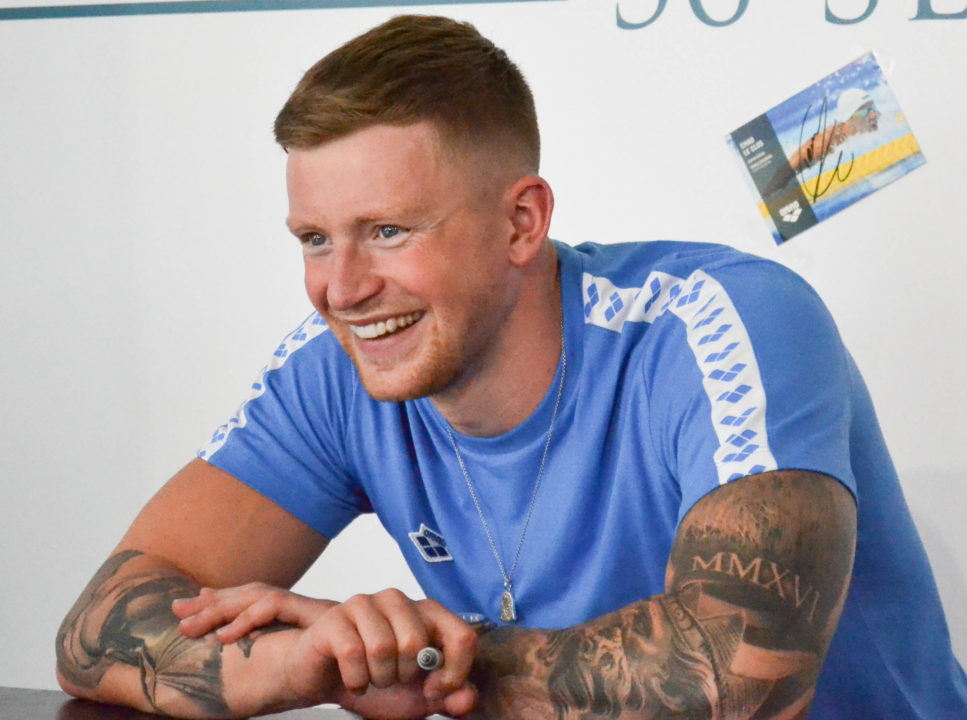 After narrowly losing out to Russia’s Kliment Kolesnikov last year for this award, Adam Peaty is this year’s European swimmer of the year. Peaty is no stranger to the international swimming scene and has been representing Great Britain internationally since 2012. Peaty set his first ever world record at the 2014 European Championships in the 50 breast and has remained a dominant force on the world stage ever since. He has picked up gold medals at numerous World Champs, European Champs and Commonwealth Games, as well as a 100 breaststroke gold at the 2016 Olympic Games.

Peaty wasted no time once racing got underway in South Korea, swimming a historic 56.88 100 breast in the semi-finals. This time broke Peaty’s previous world record of 57.10 and made him the first person ever to get under the 57 mark in the event. This feat is made even more impressive when taking into account that no one else has ever even broken the 58 second mark. Peaty went on to win the 100 breast in a 57.14, ahead of fellow Brit James Wilby for silver and China’s Yan Zibei for bronze.

Following a successful summer of long course swimming, Peaty added to his 2019 success with a strong showing in the first ever season of the International Swimming League. Peaty was signed to the British based London Roar team, solidifying a solid breaststroke roster along with Matt Wilson and Kirill Prigoda.

After missing London Roar’s first ISL meet, Peaty picked up 50 and 100 breaststroke wins at his ISL debut in Budapest and helped lead London to a massive victory over Iron, LA and New York. At his next meet, Peaty raced in front of a home crowd and reclaimed his 100 breast title but fell to fourth in the 50. At the final meet of the ISL season, Peaty lead London to Vegas as the heavy favourites to win. On day one he narrowly missed out on the 50 breast win, touching at a 25.88 just behind Nic Fink’s 25.75 victory for the Cali Condors. Peaty came back on day two, however, with a solid win in the 100 breast, finishing in a 55.92 U.S Open and British record.

Peaty also swam the 200 breast at his first two ISL meets which, at this point could be considered an off event considering how strong he is in the sprints. Amassing a 50% winning average in individual races, Peaty was a key member of the Roar’s success in the inaugural season of the ISL. Despite London coming in as the favourites to win in Vegas, Energy Standard was able to take full advantage of their sprint-free heavy roster to and ultimately beat out London by 9.5 points.

Peaty’s next big meet will take place from the 14th to 19th of April in the form of the 2020 British Swimming Championships; the selection event for the 2020 Olympic Games. Ending 2019 with two new World Champs titles, four ISL titles and a historic sub-57 world record in the 100 breast, Peaty is a clear favourite to represent Great Britain in Tokyo. Now with the top 17 all-time fastest performances in the long course 100 breaststroke, Peaty is also looking good to become Britain’s first ever defending Olympic champion in the men’s 100 breast.

Having been at the top of European swimming for years, Peaty won the Swammy for World Male Swimmer of the Year in 2015 and European Swimmer of the year in both 2016 and 2017. 2019 Peaty shows no sign of slowing down and his 56 second 100 breaststroke among an otherwise exceptional year makes him worthy of this award for a third time. Peaty is the only multi-time winner of this award.

In No Particular Order

Duncan scott deserves a mention. His relay split at worlds was insane.

The problem that Scott has is that he has competed in many events this year and done well but doesn’t have the medals to show for it.

Milak over Peaty is straight up nuts.

Plenty to choose from, Milak’s 200fl had my jaw on the floor, but I think Peaty deserved it. Three Golds at Worlds, a 56s 100br, and a ER as part of the relay.

Fun fact: Adam Peaty has never lost a race (heat, semi or final) in an individual event on the global stage (Worlds & Olympics). 21/21. He has twice failed to win the 50br at the Commonwealth games though – The only crown he hasn’t worn.