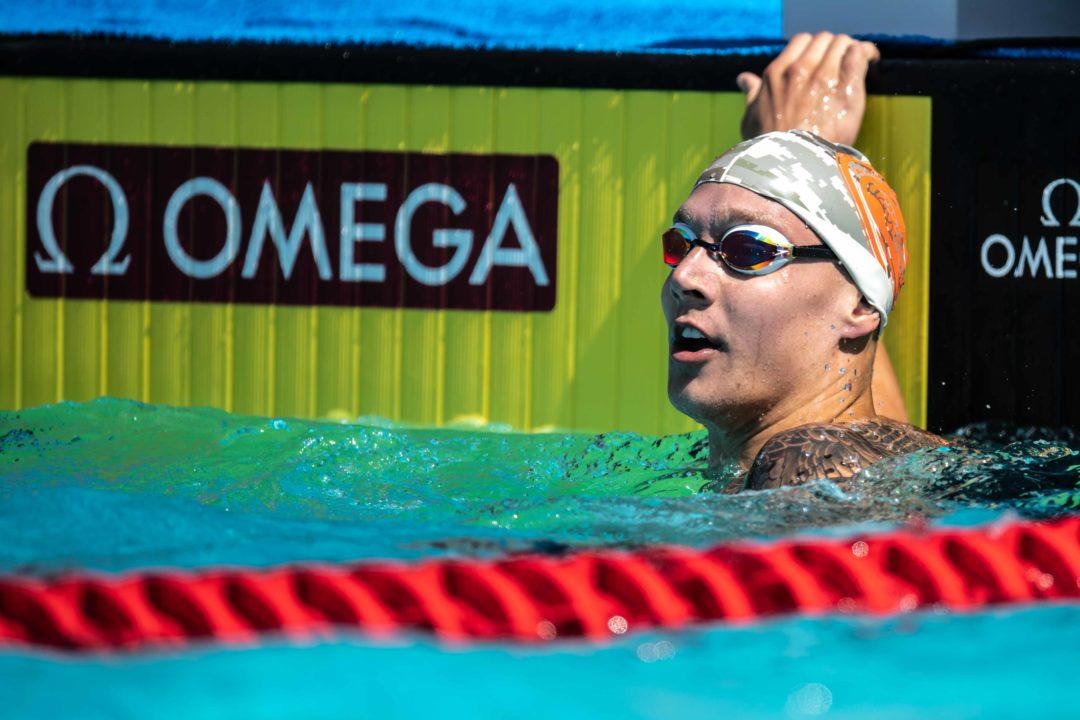 The American men have subbed in three new swimmers for the final of the 400 free relay, bringing on Caeleb Dressel, Blake Pieroni and Michael Chadwick while leaving Ryan Held, who broke the American Record leading off the prelim relay, on the anchor leg.

The Russians have an entirely new team for the final, as they send out Vladislav Grinev, Sergey Fesikov, Vladimir Morozov and Kliment Kolesnikov after their prelim relay came within less than two seconds of the world record.

The Brazilians keep the same team from prelims, while the Italians (Marco Orsi for Davide Nardini) and the Aussies (Cameron McEvoy for Thomas Fraser-Holmes) made one move each.

On the women’s side, the U.S. has subbed in both Mallory Comerford and Olivia Smoliga to their finals team, joining Lia Neal and Kelsi Dahlia, as they’re both coming off American Record setting performances in the prelims of the 200 free and 100 back respectively.

Their seeded 1st from the heats, and the #2 seed Dutch women have made one exchange bringing in Femke Heemskerk and dropping Valerie Van Roon, and the 3rd seeds from Russia also only made one move adding Veronika Andrusenko to their final relay.