2017 Worlds Previews: An Ace in the Hole for Team USA 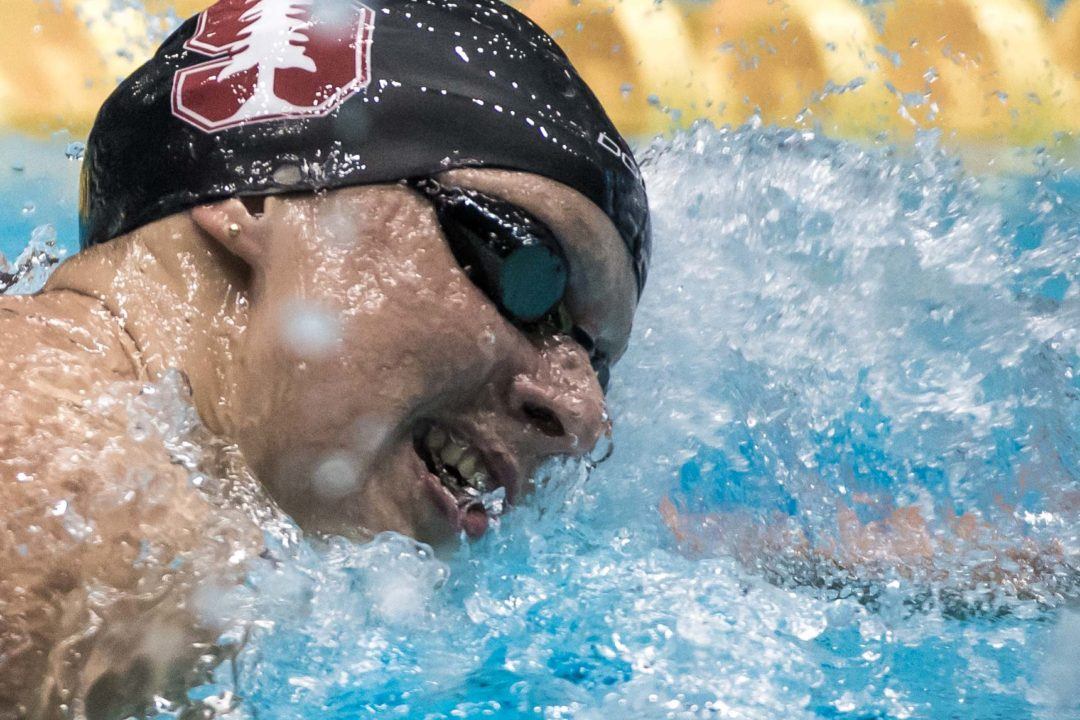 Until someone finds a way to match Katie Ledecky's 1:53, it's going to be hard to beat the Americans in the 800 free relay. Archive photo via Mike Lewis/Ola Vista Photography

The women’s 800 free relay will have just 10 teams entered at this year’s World Championships – part of an overall trend of decreased relay participation.

That will make prelims as intriguing as finals in the race – there’s no real ‘just hear for the experience’ teams entered into the race. While some, like Denmark, aren’t as prolific in this relay as in other events, each of the 10 teams entered are part of swimming’s competitive top tier.

While throughout history, the Americans haven’t been notably successful in this 200 free individually – they won the first 3 World titles, and the last 2, but had a 31-year drought in between – in the relay, it’s been a different story. The Americans have won 6 of the last 7 World titles in this race (the exception being the suited year in 2009, where China beat them) and all but one of the Olympic medals in the event (Australia won in 2008).

This year, the Americans are on par to be heavy favorites once again. While Australia, the silver medalists from Rio, haven’t gotten any better on paper, China, the 4th-place finishers, do look truly dangerous.

The Americans’ most obvious ace is Katie Ledecky. This season, her 1:54.84 from Worlds Trials is 8-tenths clear of anybody else in the world. The emergence of Leah Smith at the US Trials, however,  is their secret weapon. No country in the world has a #2 better than Smith this season with a 1:56.68 (#8 in the world overall).

While half of the gold-medal winning relay (Allison Schmitt and Maya DiRado) have retired, the Americans have a seemingly-insatiable depth of 1:56 freestylers to insert into the lineup. This year, Melanie Margalis and Mallory Comerford both swam 1:56s at Trials, and Simone Manuel wasn’t far behind in 1:57.11. With virtually no pressure to make the final, the Americans can see who’s ‘on’ in prelims, and then make the decision about who will join Smith and Ledecky in finals based on the hot hand – a luxury that few other countries can boast.

If there’s one hiccup that could catch up to Team USA, it’s that the 800 free relay comes late in the meet, and both Smith and Ledecky have huge lineups. Still, the gap should be enough to not matter.

The Australians also lost half of their relay from the Olympics, and don’t have quite the depth to replace Tasmin Cook and especially Bronte Barratt’s 1:55.8. Emma McKeon has remained hot this year, with a 1:55.6 that ranks her 4th in the world, but Australia’s #2 is Madi Wilson – ranked 27th in the world in 1:57.68. The Americans have 5 swimmers faster than that, and the stacked Chinese have had an astonishing 7 swimmers go a faster time than that this season.

The Chinese are a wild-card. As alluded to, they’ve had 8 swimmers go 1:57 or better this year, including the #9, #10, and #11 swimmers in the world this season. The problem for China is that all of that depth won’t do enough to erase the 3-second deficit that they’d face on whichever leg matches up against Katie Ledecky and a presumed 1:53.

But, if one of those young Chinese swimmers catches fire (and they are wont to do that, unpredictably), this could be a battle.

That brings up the 4th contender, Canada, who haven’t been mentioned yet. Their Olympic success has been industry-changing in their home country, and an 800 free relay bronze was among the highlights of that performance. The encore performance hasn’t been as good in 2017 so far, though, with Katerine Savard leading the way at 1:57.12. While Penny Oleksiak, the top of the team pyramid, should be better in Budapest than she was in Trials, Canada still has the challenge of replacing Taylor Ruck on the relay. She split 1:56.1 at the Olympics for Canada’s second-best split, but missed this year’s team. That means Canada will have to turn to Kayla Sanchez or Mary-Sophie Harvey to find a way onto the podium.

The battle seems to be between them, Australia, and Hungary for bronze, and all three have three solid legs and one glaring hole in their lineups. Whomever fills that hole the best will find themselves on the podium. Our faith right now is with Canada. They have the most room to drop as compared to their aggregate (which doesn’t include Oleksiak right now), combined with Australia’s recent history of underperforming at major championships.

Sweden, 5th-place finishers at the Olympics, haven’t entered a relay (in spite of having the #2 200 freestyler in the world Michelle Coleman). That’s probably because Sarah Sjostrom has sworn off the event forever – they would be the favorites if they had them both. Italy, the silver medalists in 2015, underperformed badly at the Olympics, but still have Federica Pellegrini in their stable. Russia, Japan, the Netherlands, and Denmark then are probably left to fight for the last two spots in the final.

Japan and Russia are deeper than they feel, and the Dutch and Danes won’t have their best relay swimmers there, so the top 8 seems pretty comfortable – unless the Italians, for example, leave Pellegrini off their prelims relay. In that case, a spot should open in the top 8.

Breakdown of aggregates for the medal contenders (based on top 4 who are on the Worlds roster, not necessarily who will swim)

Sweden “would be the favorites if they had them both” ?(Sjostrom and Coleman). The gap after Coleman, Sjostrom and Louise Hansson is depressing. The reason Sweden is not entered in 4*200 is that the fourth girl was 2.03.9 at their trials.

The statement in the article “No country in the world has a #2 better than Smith this season” isn’t true. Sweden does. Sarah Sjöström did 1.56.44 at the swedish championships. Not that it has any kind of relevance when it comes to the outcome of this relay, but it’s always nice to get the facts right.

Realistically, USA will need to break, or miss the bus to the pool, not to win this relay with relative ease. It may not be a peak vintage US W4x200 but it will not need to be so given the drastically reduced quality of the competition. Ledecky will not need to be earth-shatteringly brilliant; a 1.44low split will be enough and of their ruck of 1.56s, at least one will split in the 1.55s and its unlikely their worst split would be worse than a1.57low.

CHN is likely to be the only other team in camera shot at the finish and are probably the most even team but whilst there is the potential for one, maybe two, splits below 1.56;… Read more »

“Ledecky will not need to be earth-shatteringly brilliant; a 1.44low split will be enough and of their ruck of 1.56s, at least one will split in the 1.55s and its unlikely their worst split would be worse than a1.57low.”

From your mouth to God’s ears.

Seriously when will we lose dominance in this race?

This year, maybe? Braden’s got the US winning by 1.5s – so one of the Chinese swimmers drops a second from that, one of the US swimmers adds a second. Oops, they lost.

I don’t find that very likely, but it wouldn’t be that shocking.

Worth noting – Shen Duo has been over a second faster than her SB, like Ledecky. Plus, Bingjie & Yanhan are very young (2002) and in Yanhan’s case has a much more steady improvement curve than most of those young Chinese girls who are never heard of again. Team has big scope to drop time.

It all really depends on Ledecky’s form that in its turn depends on how she is planning to deal with 1500 event. If she is able to deliver 1:54 flat then first three legs have a cushion to be slower their trials time by cumulative 1.5 sec.
The exchange can be a crucial factor. In Rio American team was very careful. This time they won’t have such a luxury.

When it comes to Australian relays- I always bet on the women, never on the men!
USA
CHN
AUS

Over the past 10 years; that was a very reasonable line to take and one that I would go along with maybe 80-90% of the time but not any longer. This is probably the weakest AUS swim team in the past 25 years and that will play out with ALL of their relays. The only Olympic relay with a conceivable chance of gold is the W4X100; all the rest are desperately scrapping for bronzes at best …. even with the very reduced quality fields that will be seen