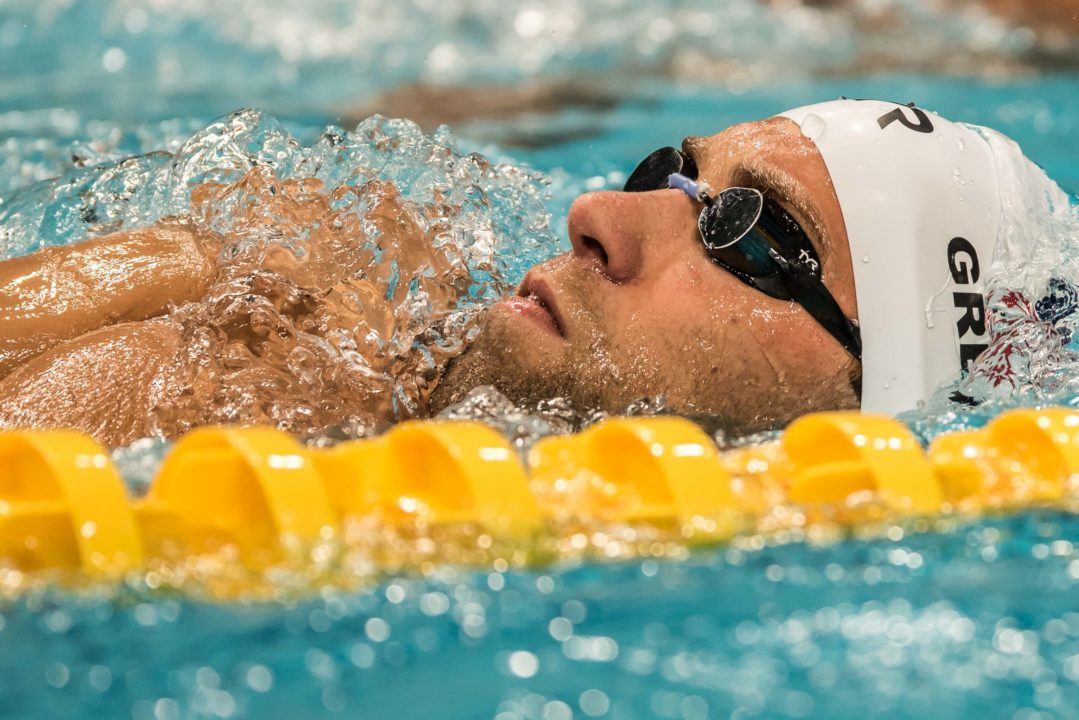 Matt Grevers led off the mixed medley relay, as the USA broke the world record for the same time today at the 2017 World Championships. Current photo via Mike Lewis/Ola Vista Photography

The mixed medley relay world record was broken for the second time today, as the USA became the first team to ever break 3:40 in the event with a time of 3:38.56.  Matt Grevers led off with 52.32, faster than the winning time in last night’s individual 100 back.  Lilly King split 1:04.15, right about where she was on last night’s world record setting swim, then Caeleb Dressel blasted a 49.92 fly split to the US well into the lead.  Simone Manuel, swimming with clear water by that point, brought it home in 52.17.

This morning, the USA squad of Ryan Murphy, Kevin Cordes, Kelsi Worrell, and Mallory Comerford combined for a 3:40.28, almost a second and a half faster than the previous world record.  That mark, a 3:41.71, was set by Great Britain at the 2015 World Championships.

As expected, plenty of other records went down as well.  Australia’s team of Mitch Larkin, Daniel Cave, and Emma McKeon set a new Oceanian record of 3:41.21.  Xu Jiayu, Yan Zibei, Zhang Yufei, and Zhu Menghui combined to give China a new Asian Record in a time of 3:31.25.  Great Britain set a new European Record with a 3:41.56 effort by Georgia Davies, Adam Peaty, James Guy, and Siobahn O’Connor.

Meehan was right. Kiss his feet!

Pretty spectacular, the USA. Being able to field two completely different relay lineups and break the WR twice. (Granted, the mixed relays are relatively new and were never taken seriously before now)