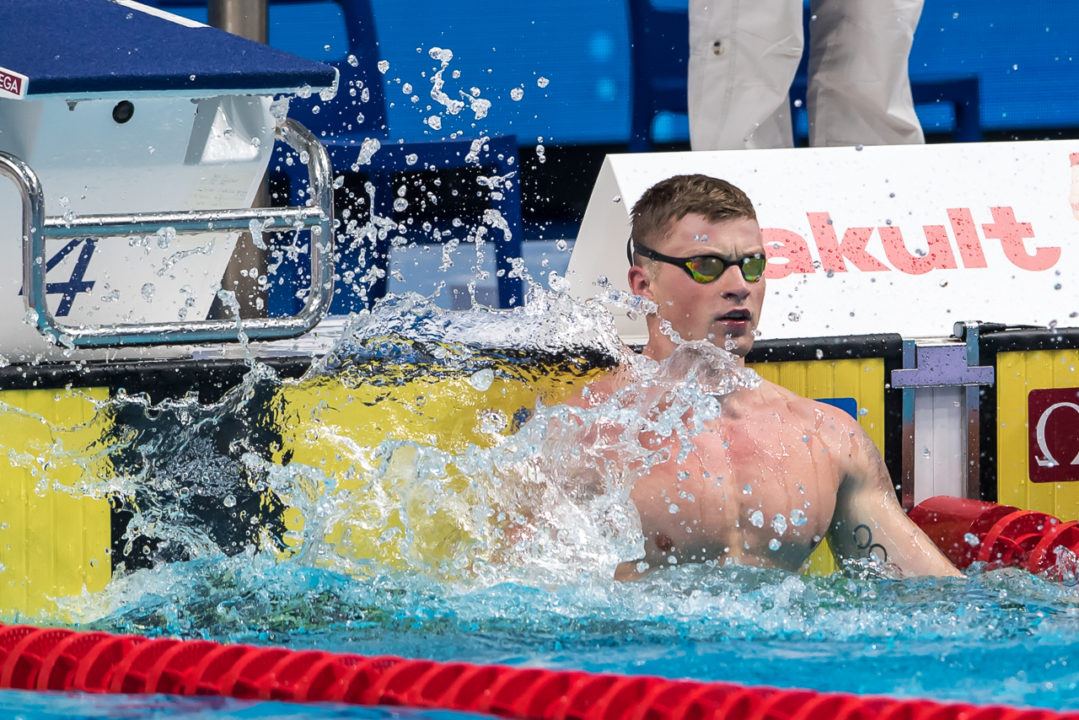 Hear what the stars of night 3 had to say after their races at the Danube Arena in Budapest. Current photo via Peter Sukenik/www.petersukenik.com

Tonight’s session of the 2017 FINA World Swimming Championships was truly one for the history books, as spectators around the globe were treated to three World Records in the span of just a couple of hours. Britain’s Adam Peaty became the first swimmer in history to go sub-26 in the men’s 50m breaststroke, Canada’s Kylie Masse won her nation’s first World Championships gold with a WR in the 100 back and America’s Lilly King crushed a new all-time best mark in the 100 breaststroke. Plus, we got to see Katie Ledecky swim twice, as she won the 1500m free and then jumped back in the pool less than an hour later to take the 200m freestyle top seed.

Among the sights and sounds were the instant reactions of the athletes after their races, which were captured by FINA below. Get a glimpse into the minds of these elite athletes as they continue to amaze us one race at a time.

I love the responses from Belmonte and Meili.

Also, Mireia Belmonte’s time is incorrect. It was faster, particularly since bronze was 15:53.

Tamas was doing a thesis for his interview. Analyzed everything down to what lane he’s in.

Yuliya Efimova: I was very deep into my thoughts and responded a bit late at the start.

WHATCHA THINKIN’ ‘BOUT, HUUUUUUUUHH!??! GOT SOMEBODY STUCK IN YA HEAD?!

Perhaps King staring her down before the race unnerved her a little. Kind of fun. You don’t see that much gamesmanship in swimming any more. Back in the “olden” days, that was all a part of it; trying to get into your competitor’s head before the race.

No interview with Townley?

Just wait. Someone is going to come up with an hysterical Townley Haas imitation. I’m looking forward to it.

Where are videos of these interviews?? Nobody from Swimswam is actually covering the meet onsite?

none of 100 back guys were too happy