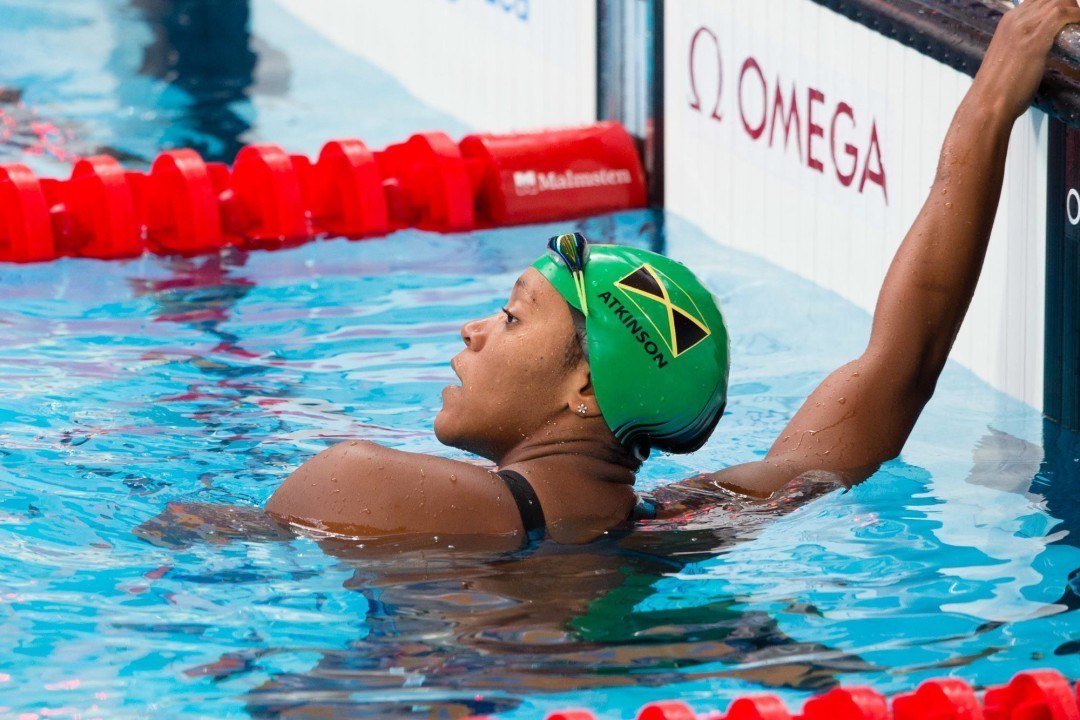 Check out all of our 2015 Swammy Awards here. The South American, Central American, and Caribbean region has seen an... Archive photo via Tim Binning/TheSwimPictures.com

The South American, Central American, and Caribbean region has seen an explosion of success on the women’s side of the pool since the 2012 Olympic Games, and with the area hosting the 2016 Summer Olympic Games, the region is peaking with perfect timing to capture local imaginations.

Editor’s Note: We have combined the Central American and South American awards for 2015, as we feel this gives more depth to the award.

Jamaican breaststroker Alia Atkinson has unified the region by repeating this Swammy award from 2014, where she won the honor for Central American and the Caribbean.

Atkinson’s stellar year cements her spot as a “favorite” for a medal in the 100 meter breaststroke at the 2016 Olympic Games, as compared to 2012 where she was a “surprise” to place 4th and just miss a historic medal for her country.

While Atkinson finished a disappointing 2nd in the 100 breaststroke at the 2015 Pan American Games, leaving her still without a gold medal at that meet in her career, she flexed her versatility to break Jamaican Records in the 100 free (56.29), and 50 back (29.94) at that meet. What Katinka Hosszu is to Hungary, Alia Atkinson is becoming for Jamaica in her dominance of the country’s National Record books.

For Atkinson, trained in the United States at the South Florida Aquatic Club, 2015 didn’t include any global golds like the historic one she won in short course meters in 2014, but overall it was a more positive building block toward the big prize: Rio.