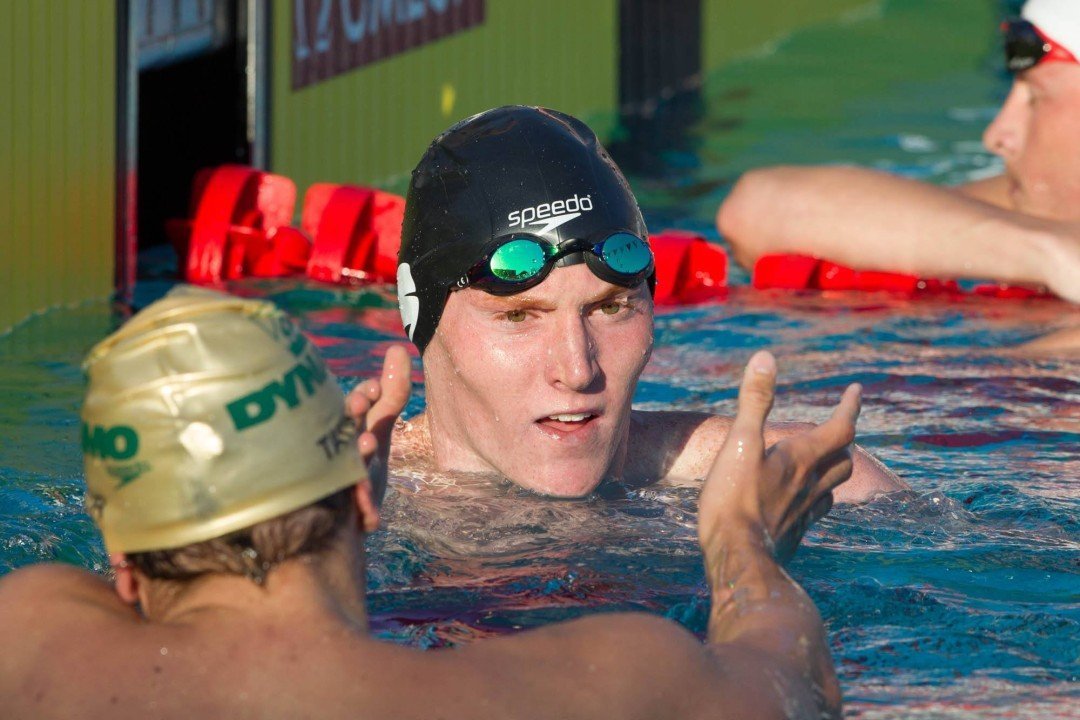 Patrick Conaton and the Stanford men's team dominated the prelims session on Day 3 of the A3 Performance Invitational in California. Archive photo via Tim Binning/TheSwimPictures.com

The final day of swimming is underway at the A3 Performance Invitational, hosted by UC San Diego in Monterey Park, California. Stanford men and UCLA women continued to dominate the prelims action, placing a large number of swimmers into the A finals of nearly every event.

UCLA junior Linnea Mack and freshman Caroline McTaggart were the top qualifiers in the 100 free with 50.11 and 50.47, respectively. Santa Barbara seniors Kimmie Kreuzberger (50.75) and Lauren Vosseler (50.95) also qualified with sub-51s, setting things up for a competitive final.