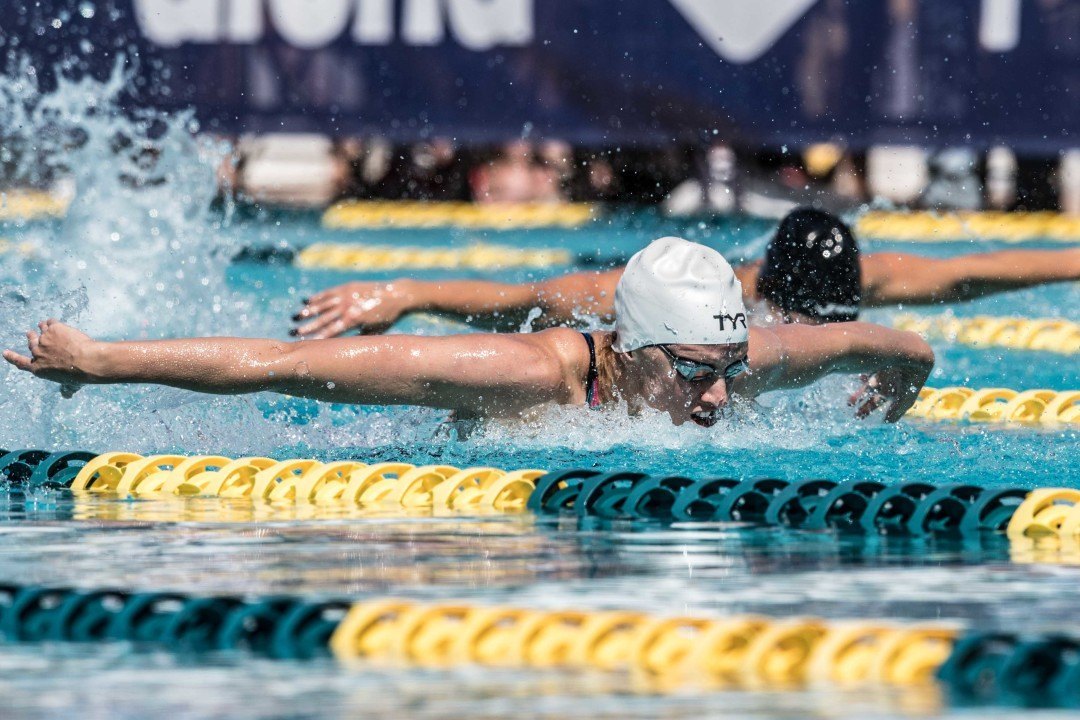 Vollmer didn’t compete for awhile after winning a bronze in the 100 fly at the 2013 World Championships, then came back to the sport after giving birth to her son Arlen last spring. She posted modest times at Summer Nationals in 2015, but has pounded out some very strong times this spring, including a 56.9 100 fly and a new personal best of 24.69 in the 50 free, all without a full shave and taper.