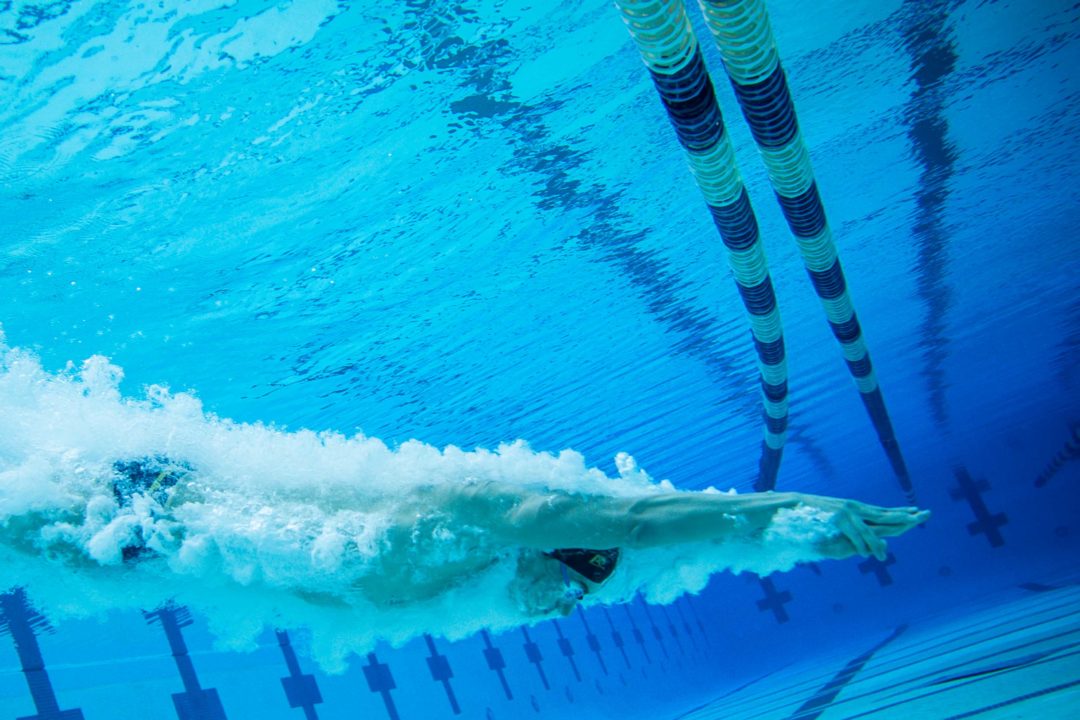 Mitch Larkin’s Australian Age and All Comers record for the Boys’ 16-year 200m Backstroke has been smashed by UWA West Coast’s Joshua Edwards-Smith on night six of the 2019 Hancock Prospecting Australian Age Swimming Championships in Adelaide.

Clocking a time of 1:57.82, Edwards-Smith knocked a whopping three seconds off the Olympian’s record of 2:01.00 which was set in 2010. It’s the second Age and All Comers record the West Aussie has broken during the champs, after also destroying Andrew Lauterstein’s 15-year record for the Boys’ 16-year 100m Backstroke on night three.

In what was a fierce and stirring race for the 200m backstroke crown, Thomas Hauck from All Saints GC also amazingly beat Larkin’s record, logging 2:00.00 to take silver. Nunawading’s Will Sharp finished on point to nab bronze in a time of 2:04.01.

Later in the evening the crowd witnessed another record-breaking swim, with Nunawading’s William Petric securing the Boys’ 14-year 200m Breaststroke in a time of 2:19.73. The Victorian took the Australian Age title away from Dolphin Zac Stubblety-Cook, who set 2:20.16 back in 2013. Placing second for the silver medal was TSS Aquatics’ Flynn McGregor (2:22.39), while Northcote’s Issac Ballenger received bronze (2:25.62).

Meanwhile, everything Lani Pallister touches turns to gold. The Cotton Tree athlete has remarkably racked up five national age titles from her five events, after she was triumphant in the Girls’ 16-year 800m Freestyle on her final night. Powering home to touch the wall in 8:28.54, the Junior Pan Pacs champ finished ahead of SLC Aquadot’s Jessica Madden (8:45.00) and Nudgee College’s Jade Starr (8:55.88), who picked up silver and bronze respectively.

It went right down to the wire in the Boys’ 17-year 200m Butterfly, as lane four’s Lucas Humeniuk from Chandler fought it out with lane five’s Oliver Nash from Melbourne Vicentre. In the end it was the Queenslander who claimed the crown in 2:00.90 to the Victorian’s time of 2:01.49. With Se-Bom Lee (Carlile) finishing in third place (2:02.86), the bronze medal marked his sixth medal for the competition.

Lanes four, five and six fought it out for one, two and three in the Girls’ 14-year 200m Freestyle. Charging to the wall in complete unison with 25 meters to go, it was Lucinda Macleod (Griffith Uni) in lane four who took control to snare the gold in 2:01.39. St Peters Western teammates, Ella Ramsay and Paris Burlock, battled it out for silver and bronze, with Ramsay victorious in the end – 2:01.89 to 2:03.10.

A member of the 2018 Australian Junior Pan Pacs team, Tara Kinder (DVE Aquatic) took out the Girls’ 15-year 200m Individual Medley – marking her third gold medal of the competition. As the athletes steamed home the crowd was on its feet to witness Kinder log a time of 2:14.66. Jenna Forrester from St Peters Western took the silver spoils (2:16.33), while Crystal Edwards from UWA West Coast nabbed bronze in 2:20.91.

A jubilant Angus McDonald couldn’t hide his excitement after successfully taking the national age title for Boys’ 17-year 100m Freestyle. Hitting the water post-race, the Trinity Grammar product sped to the wall in a time of 50.28 to take the gold ahead of Stuart Swinburn (Uni of NSW) who recorded a time of 50.87 and Auburn’s Alex Quach who placed third (50.89).

Smashing five seconds off her qualifying time in the Girls’ 16-year 200m Backstroke was enough for Arena’s Alyssa Burgess to conquer her opposition. After winning a bronze medal in the 100m equivalent, Burgess proudly stood atop of the podium to receive her first gold of the competition. Racing from lane three, she touched in 2:12.77 to beat out Brisbane Grammar’s Tahlia Thornton (2:13.91) and local Norwood swimmer Emilie Muir (2:14.81).

Tasmania’s Matilda Smith swam her heart out in the Girls’ 14-year 200m Breaststroke to snare her first medal of the meet. The Sandy Bay swimmer clocked a winning time of 2:32.00 however she had tough competition from those on either side, with Kalyce Pressler (Silver City) finishing narrowly behind in 2:32.61 and St Peters Western’s Ella Ramsay recording 2:33.44 to pinch bronze.

In other results of the night:

Smith’s time is now 8th all time in Australia!

And second place breaks the record too, but 2.18 seconds too late.