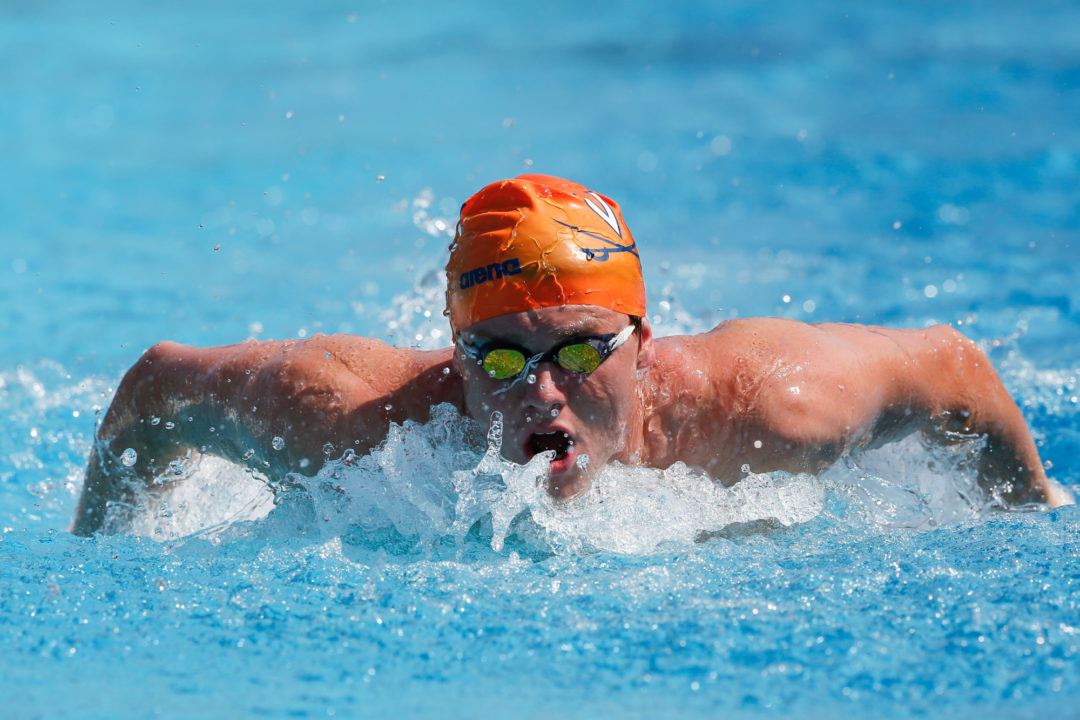 Open water swimming Brendan Casey came away from ACC's with 2 gold medals in the 400 IM and 1,650 Current photo via Tim Binning/TheSwimPictures.com