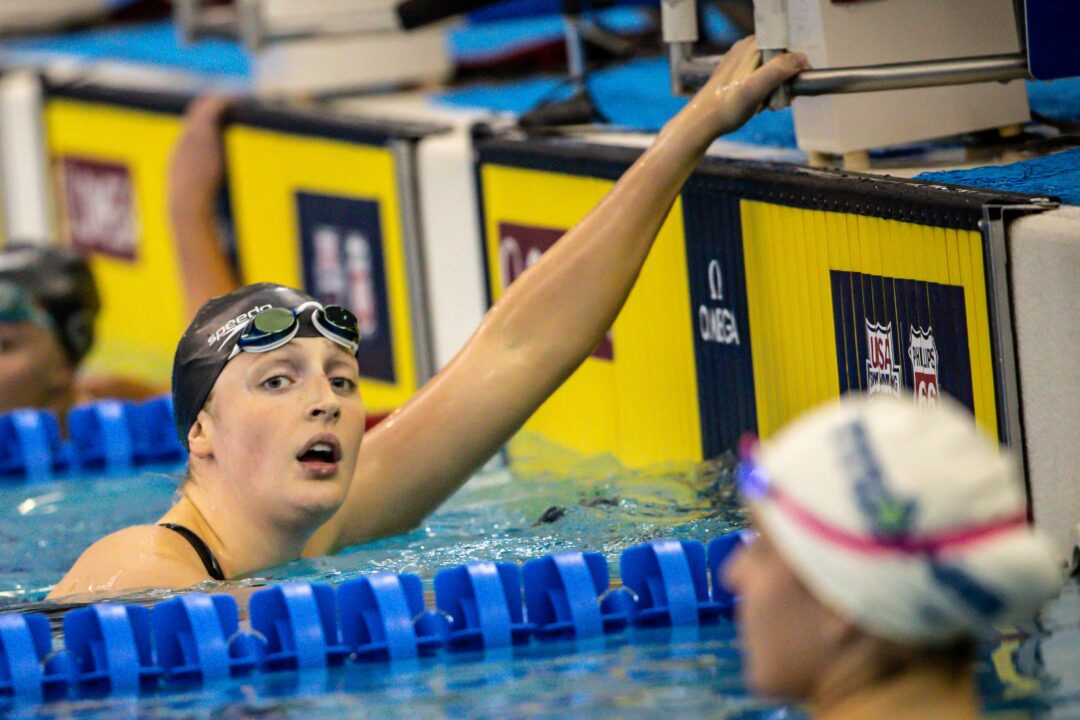 Wilhelm is the top flyer in her class, already having gotten down to 51.07 in the SCY 100 fly and 1:52.54 in the 200 fly. Stock photo via Jack Spitser/Spitser Photography

SwimSwam’s #2 recruit for the girls high school class of 2023 Kiley Wilhelm has given her verbal commitment to Harvard. Wilhelm is a member of Life Time Swim Team in North Carolina, and goes to Myers Park High School.

“I am so excited to announce my commitment to the recruitment process at Harvard University! I knew it was the right choice for me after my official visit. I fell in love with the team, the coaches, and the school. I cannot wait to continue my academic and athletic career at Harvard. I want to thank my coaches, family, and friends who supported me during this process. Go Crimson!!” – Kiley Wilhelm

Harvard easily won the 2022 women’s Ivy League Title, finishing first by 245.5 points. The addition of Wilhelm, a swimmer who could very realistically win all 3 of her individual events and provide tremendous relay value, will only solidify the Crimson’s standing at the top of the conference.

Wilhelm has already experienced success at senior national level competition. At last month’s U.S. International Team Trials in Greensboro, Wilhelm finished 11th in the women’s LCM 100 fly, clocking a new personal best of 59.19. She also qualified for the ‘B’ final of the 200 back, and won the ‘C’ final of the 200 fly and 200 IM at those Trials.

Was so excited to see Kiley move on from SwimMac where they made it such a toxic environment for her. Congrats girlie!!!

Can you provide more details on such environment?

Proud of you Kiley. Countless days of 5am workouts and late nights on the study train. You go girl! Proud mama and papa!

Kiley is brilliant in and out of the pool, and is hands down one of the nicest kids you’ll ever meet. So excited for her (and for Harvard)!