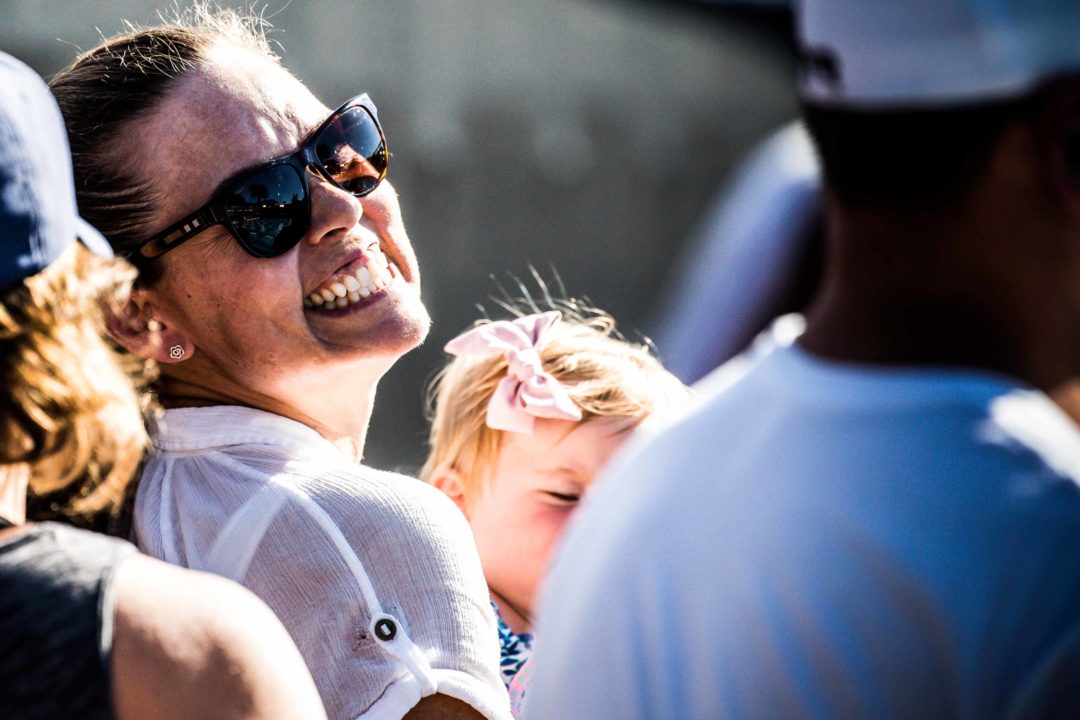 “In a few months, my baby girl is getting promoted to big sister!” Coughlin wrote in a post to her 165,000 followers. Their first child, daughter Zennie (named after Coughlin’s mother), was born in 2018. Coughlin married Hall, who swam at UCSB, in 2009.

Having never formally retired after missing out on the Rio Olympics, Coughlin made a surprise appearance for the DC Trident in the International Swimming League’s inaugural season after GM Kaitlin Sandeno sought her out. The new baby likely rules out competing again any time soon – the league’s second season isn’t starting until at least October, however.

Coughlin was the first woman in history to break 1:00 in the 100-meter backstroke, as well as the first American woman in modern history to win six medals at one Olympiad (2008). She was also the first woman to successfully defend a 100 back Olympic gold medal when she won back-to-back titles in Athens in 2004 and in Beijing in 2008.

Since taking a step back from competing, Coughlin has remained heavily involved in the sport. She was elected as an athlete member of the USA Swimming Board of Directors in 2018 and was one of four leaders of USA Swimming’s SwimSquads in the program’s first season.

Outside of the sport, Coughlin co-founded winery Gaderian Wines in 2016 with a longtime friend, and released her first cookbook in February 2019.

Congratulations! What lucky kids to have Natalie for a Mom!

Thanks for the useful info. I will now every day to come and read you