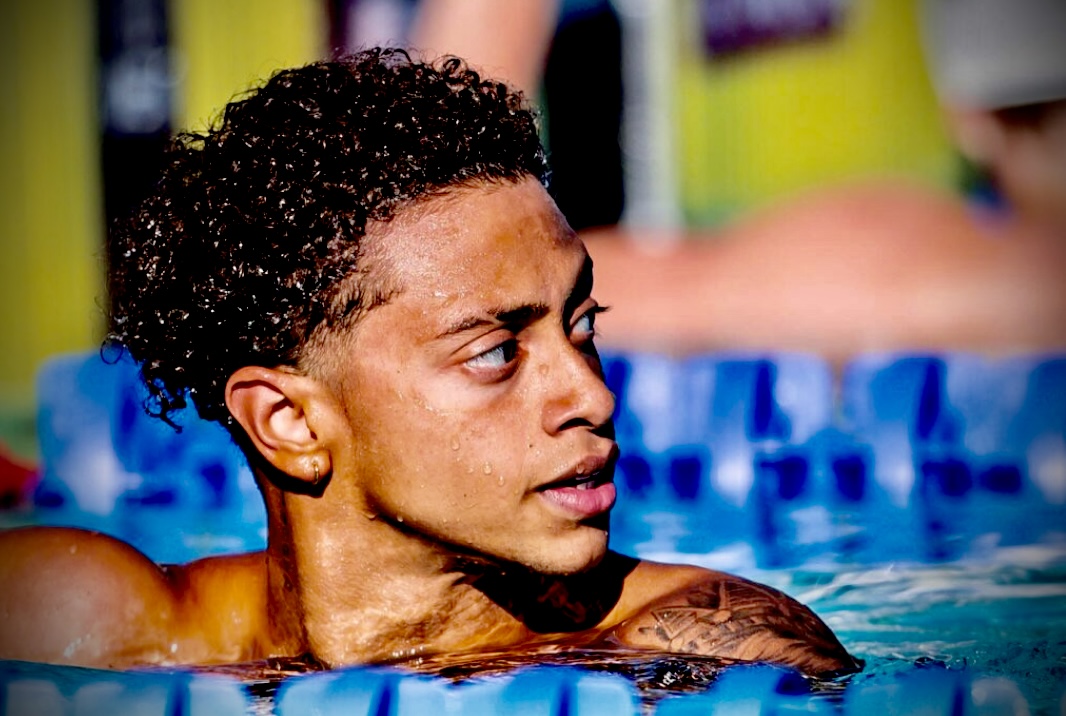 Shaine Casas will be representing the US at SC Worlds, but won't be defending his title in the men's 100 backstroke. Archive photo via Jack Spitser/Spitser Photography

The 2022 Short Course World Championships will have a very different feel from the last edition, for a number of reasons. The meet will be outdoors, it will be in a swimming-mad nation Australia rather than a swimming desert Qatar, and the fields will be much, much deeper.

With the world, generally, normalizing and learning to live among COVID-19, many more big-name athletes (which includes a full Australian team) will attend this year’s Short Course World Championships. Last year’s field started thin and got worse with athletes ending their competition early either because they got the super-viral omicron variant that was becoming that dominant variant, or for fear that they might and would be stuck quarantining in a foreign country over the holidays.

While the 2022 Short Course Worlds will, overall, have more competitive fields, that doesn’t mean that everyone is attending. In fact, a whopping 38 individual medals from 2021 won’t be defending in 2022. That includes 11 event titles.

There are a wide array of reasons for this. Athletes from Russia and Belarus, who won 10 medals in 2021, are banned from competing after their country invaded Ukraine in February 2022. That includes event champions Ilya Shymanovich (men’s 100 breast) and Kliment Kolesnikov (men’s 50 back, men’s 100 IM).

In some cases, swimmers are still entered in the meet, but won’t defend medals they won in 2021. Examples of that are American Shaine Casas, who was the champion in the 100 back last year but didn’t qualify this year; and Hong Kong’s Siobhan Haughey, who will defend her gold medals in the 100 and 200 free but not her bronze medal in the 400 free.

Other swimmers have retired, like Dutch 50 fly champion Ranomi Kromowidjojo and American 200 breast champion Emily Escobedo. Others have simply chosen not to come while nursing injuries, focusing on training blocks, because of academic commitments, or various other reasons. In a rare few cases, medalists from last year simply didn’t qualify for this year’s team because of domestic selection procedures.

And after all of that, the expectation is still a deeper field than last round. The field this year includes names like Kyle Chalmers, a favorite in the men’s 100 free, and Emma McKeon, who won four Olympic gold medals in Tokyo and is a very good short course racer as well. Medals for either swimmer would be their first at Short Course Worlds.

The women’s breaststrokes too, for example, have ratcheted up, with American Lilly King joining the field alongside the revival of Ruta Meilutyte of Lithuania.

Ryan Murphy will fill the void left by Kolesnikov’s absence in the men’s backstroke races, and Australians Kaylee McKeown and Minna Atherton will ratchet up the intensity in the women’s races.

See below a table of which medalists will and won’t return from last year.

Is Hafnaoui racing? Didn’t see his name on the start list.

Curzan is gonna win a world title in the 50 fly!

Does anyone know where Dressel my essel is?

Shows the relative value placed on this event.

Yeah, even many of the finest “locals” are not making the effort to go to Melbourne and race.

Yes, as an Australian it is disappointing that our super stars like Titmus, McKeon, a Campbell etc wont be there 🙁

Josh Liendo wasn’t on the original list you posted in September for the Canadian team. Has he changed his mind?