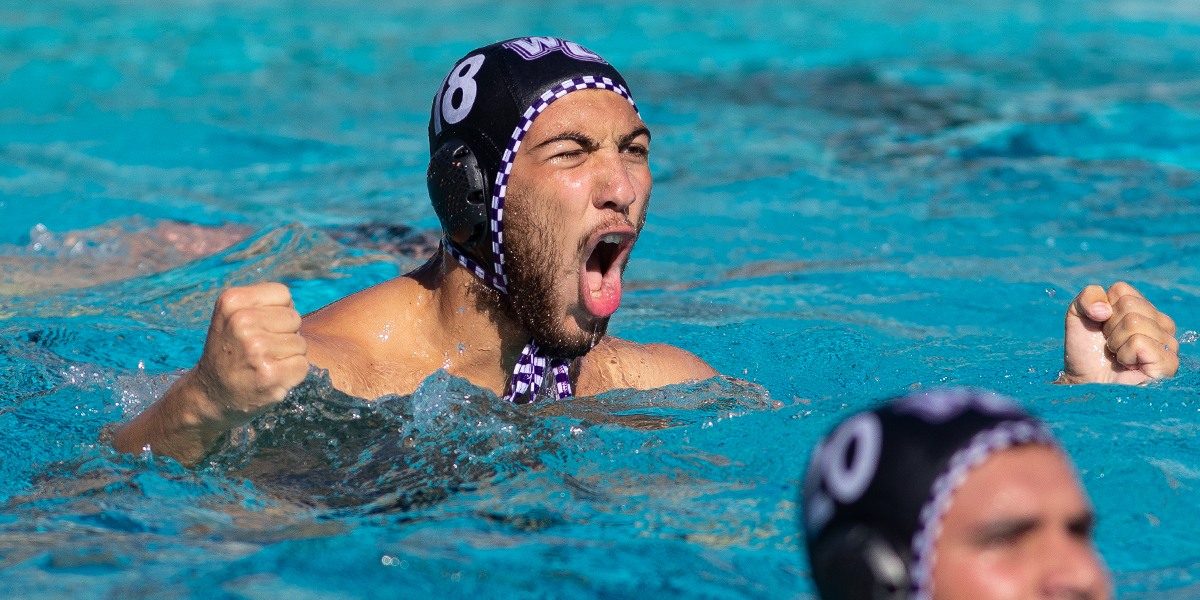 In the third place match, it was an offensive onslaught as the teams combined for 33 goals, while the championship match saw the goalies combine for 28 saves. Current photo via Tony Leon, ActionWestPhotography, Whittier Athletics

It was a tale of two matches as the placings were decided at the inaugural USA Water Polo Division III Championship at the Slade Aquatics Center in Whittier, California, on Sunday.

In the third place match, it was an offensive onslaught as the teams combined for 33 goals as MIT came out with the 20-13 victory.

In the championship match, goals were at a premium as the goalkeepers combined for 28 saves in a 5-3 victory for #1 Whittier.

Whittier jumped on the scoreboard just 26 seconds into the match care of Micah Kamai (7:34). Koss Klobucher (5:22) knotted it up two minutes later for CMS. CJ Box (3:51) gave the Stags the 2-1 lead after the opening quarter.

A powerplay score by Dominick Nevarez just 16 seconds into the second period had the teams level at 2, then Maxwell Murphy converted a powerplay two minutes later (5:29) to give Whittier its first lead at 3-2. Eric Borunda (2:38) and Carlos Heredie Viteri (1:33) capped off a 4-0 Poets run in the stanza.

Will Clark made good on a powerplay early in the fourth quarter (7:21), snapping a 20-minute scoring drought for the Stags. The teams combined for 10 shots down the stretch, but the score remained at 5-3 as time wound down. CMS had three shots saved, one blocked, missed once and hit the post once. For its part, Whittier had two saved, one blocked and missed once.

MIT secured third place in the inaugural USA Water Polo Division III Championship bookending the match with seven goals in the first and fourth quarters of a 20-13 win over Johns Hopkins.

Clyde Huibregtse dropped in seven goals for the Engineers, while Christian Schillinger added five scores and Patroklos Stefanou notched a hat trick. Goalkeeper Hayden Niederreiter made 12 saves and boasted a .500 save percentage in the match.

With the win, the Engineers avenged a 16-12 loss to JHU in the title match of the CWPA Division III Eastern Championship (Oct. 27).

It’s a USA Water Polo sponsored tournament for NCAA Division III teams. As far as we know, right now the NCAA is going to continue to sponsor only 1 NCAA men’s water polo championship, so this Division III championship won’t technically qualify as an “NCAA Championship.”

OK, thanks for that. A quick glance of the headline lead me to believe that it was at first an NCAA championship. Again, thanks for the clarification.