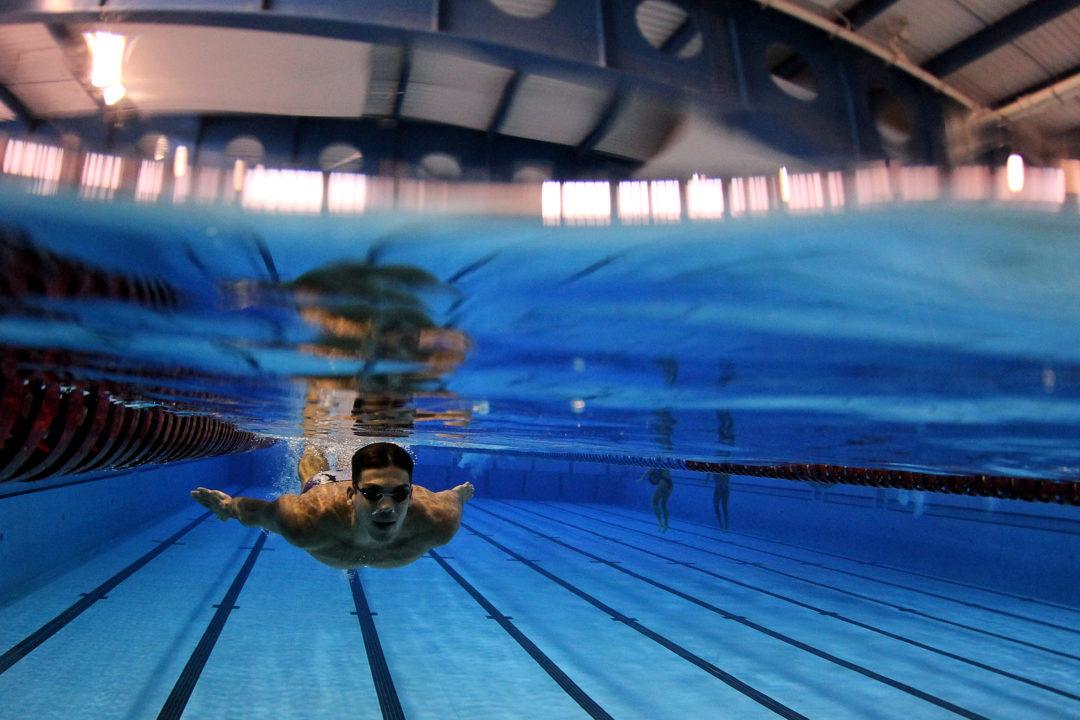 Kaio Almeida, who broke 2 World Records and won a World Championship in his long career, has retired from competitive swimming for a 2nd time. Archive photo via Satiro Sodre/SS Press

35-year old Brazilian butterflier Kaio Almeida has announced his retirement from competitive swimming. This is his 2nd retirement from swimming – after the 2012 Olympic Games, he retired and became a politician, but would eventually return in time for the 2015 Pan American Games.

He is one of only 4 Brazilians to have raced at 4 Olympic Games, joining Thiago Pereira, Gustavo Borges, and 5-time Olympian Rogerio Romero.

He twice set World Records in short course meters. In 2005, prior to the supersuit era, he swam 22.60 in the 50 fly, which stood until Australian Matt Jaukovic broke it by a tenth almost 3 years later.

In November of 2009, at the tail end of the aforementioned supersuit era, he swam 1:49.11 to break the 200 short course meters fly World Record. That swim stood for almost 4 years until Chad Le Clos broke it in August of 2013. Almeida was the first person to ever break the 1:50.00 barrier in the 200 fly.

His last major international medal for Brazil came at the 2018 South American Swimming Championships, where he took silver in the 200 fly in 1:58.41.

Almeida announced his retirement in an emotional Instagram post, where he thanks his parents, coaches, and teammates.

“Today was one of the most special day of my life, where I did my last workout with some friends who helped me a lot in these last years of my career and who taught me a lot,” the post says in part.

“I hope that the next generations swim faster and faster and represent our country with as much joy as I have always done. Now I am going to go on my way with all of the experience I have learned for years and making people happy and swimming better!

“A final thank you to all the people who always supported me and all this support and affection was a fuel for my results. Thank God for my career.”

Never heard of him .

Neither had I but congratualtaions to him as those achievements are excellent. I think our ignorance shows how little value has beem put on SCM historically. As a swimming fan I would expect to have heard of world champions and world record holders but unfortunately I didn’t start watching short course worlds until first Lochte and then Manadou made it seem more legit with the performances they threw down.

Congratulations on a successful and long-lasting career!