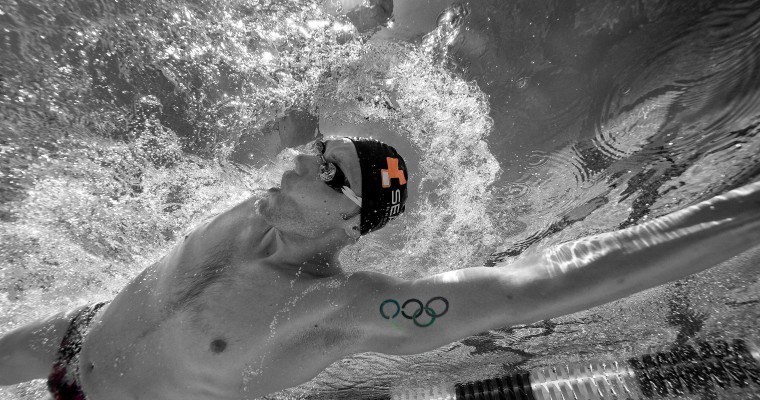 Casual conversations between masters’ swimmers, usually après swims, about hosting International Open Water Events in Barbados became a reality in 2013 when the inaugural “Barbados Open Water Festival” was hosted in Carlisle Bay. Since then three events have been successfully hosted, attracting hundreds of swimmers, from recreational to elite and ranging in age from five to eighty three years old. At least fifteen countries have been represented at the event and swimmers with impressive resumes have attended.

Laurie, visiting from Calgary in 2013, thought the swim was “truly paradise since Canadian open water swimmers usually only experience cold murky water conditions”. In her Club’s newsletter she noted: “Many starﬁsh were easily seen on the white sandy bottom and several sea turtles were swimming the same loop as the competitors”. A British Swimmer said: “Think pinch yourself perfect conditions” and this about sums it up!

Our wonderful sponsors are providing great prizes in every age category. JetBlue has recently partnered with us and will provide five round trip tickets between any two of the numerous destinations they fly to. Other prizes include dining vouchers, hotel stays, tablets, day cruises, tickets to island attractions, rounds of golf, retail credit at local businesses, spa treatments, local rum and other souvenirs.

While the swim races are the focal point of the day (1.5km and 5km), the kayak relay races and the stand up paddling races provided great excitement in 2013 for spectators and raised funds for Variety: the Childrens’ Charity (an organization that has been raising funds for sick, disadvantaged and disabled children in Barbados and the Eastern Caribbean since 1984). It’s a fun-filled day for competitors and spectators with the races, a beach barbecue, music and wonderful water!

Of course if a one-day event isn’t enough swimming for you, you can swim in the Masters Pool Meet at the Barbados Aquatic Centre (Oct 29-31) and then do the open water event November 2nd.

Mission: To promote swimming in Barbados and to share our venues with pool & open water swimmers from around the globe!

Swim Barbados Vacations has been formed to host International swimming events in Barbados. In 2013 two Open Water Festivals were held (July & October) and they were well subscribed by swimmers from all across the globe. Conditions for open water swimming in Barbados are excellent. Additionally, there is a very active group of Masters Swimmers on the island and in 2014 a Masters Pool Meet (Oct 29-31) will be hosted in conjunction with Flying Fish Masters and the Barbados Amateur Swimming Association. The organizers are veterans of the local swim/water polo/triathlon fraternity. They have a passion for swimming and for growing the sport in Barbados.

There were two open water swim events hosted in 2013, the first took place on July 6th and the second on October 27, 2013. Two swims, a 1.5km swim and a 5 km swim plus SUP relay races, kayak races and water polo. The 2014 event will be hosted on November 2nd. Swimmers & triathletes of all skill levels, from recreational to elite are welcome! Swim at your own pace. The races are broken down into age categories for men and women, see web site for details on this, 2013 prizes and more. (http://www.swimbarbadosvacations.com/).