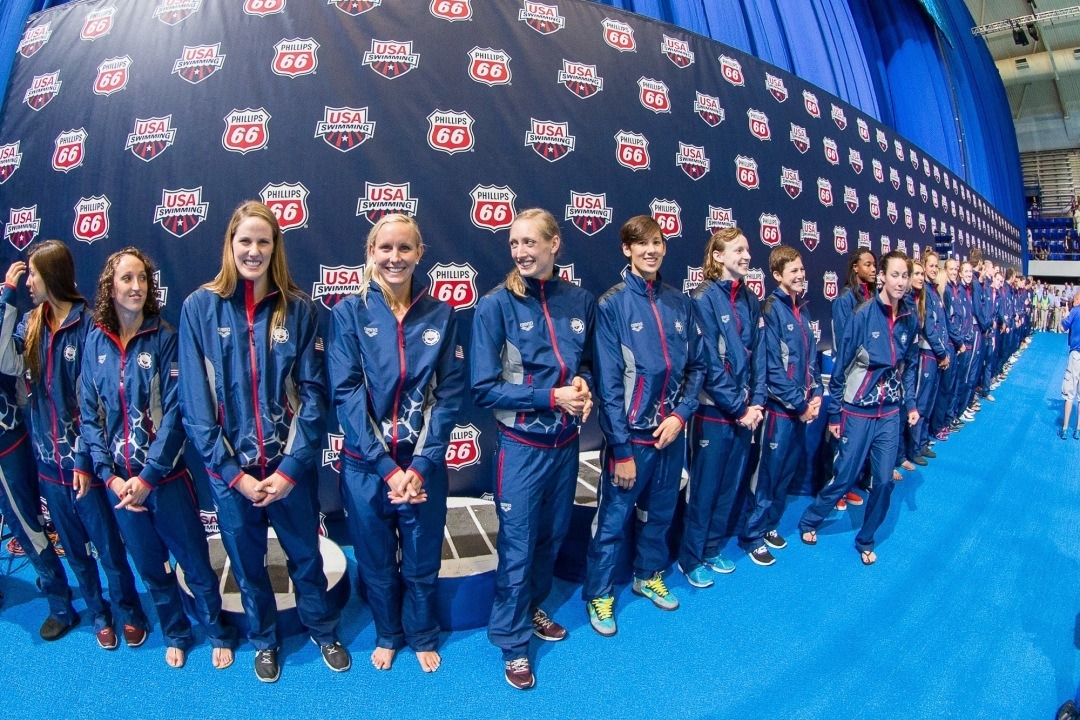 Do you have what it takes to make the 2012 U.S. Olympic Swimming Team? You have to make the cuts first. Archive photo via Tim Binning/TheSwimPictures.com

Mitch Bowmile and Anne Lepesant contributed to this report.

During Thursday’s live webcast of the announcement for the qualifying standards for the 2016 U.S. Olympic Swimming Trials, the Assistant Executive Director of USA Swimming Mike Unger discussed how the standards are developed.

Referring to the process as an “inexact science,” Unger says that they look at what swimmers did last year, how many swimmers they want in each event, the age of the potential qualifiers and how that might affect the numbers over the next two years, etc.

In recognition of that inexact science, we went through post-facto and applied the new 2016 Olympic Trials standards to the 2012 Olympic Trials qualifying period. In other words, we went back-in-time and kept everything the same for 2012 trials qualification, with the exception of one variable: the standard.

As you can see, just as different events had wildly different numbers of eligible swimmers in 2012, the same could be true in 2016. But what this data really reveals is perhaps a bit of a peak inside where USA Swimming thinks the sport is heading in the U.S.

Interesting analysis and obviously it’s interesting to look at the progression of Trial cuts over time. I think its also interesting to compare 2014 Summer cuts to 2016 Trial cuts. I suspect that is a more recent “snapshot” of where one could expect the numbers to look like in two years.
BTW, the Trials 100 free cut is only .20 faster for the men and SLOWER than the national cut for women. How does that act as a “stretch goal” for our 2016 sprinters?

Alright probably not, but why are the women’s cuts clearly slower than the men’s? Fina power points with American Women being internationally faster comparatively in the stroke events or what?

This is interesting particularly because the men’s 100/200 breast cuts saw substantial (the biggest?) drops in time.

The depth of breaststroke performances over the past four years has improved tremendously.