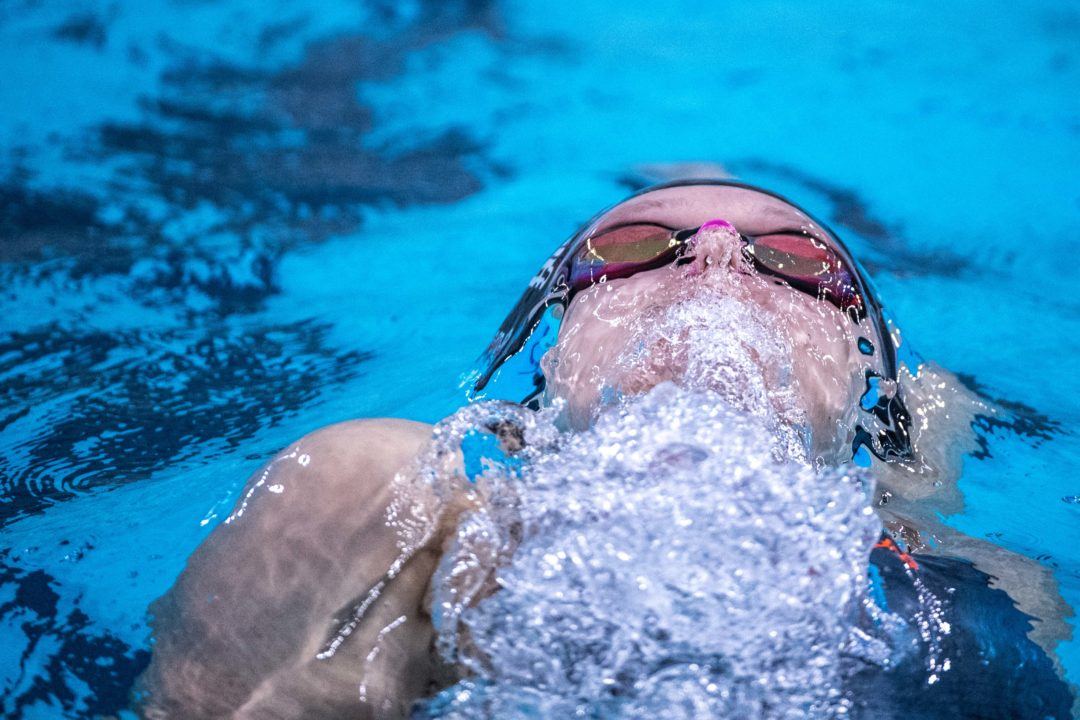 Mackenzie Glover will not race in the 200 back tonight after securing an A-final spot with a 2:14.71 this morning. Archive photo via Mike Lewis/Ola Vista Photography

Today, pretty much all of the scratches for tonight’s A and B finals come from NC State swimmers (past and present). This is what we also saw yesterday, where the vast majority of Wolfpack swimmers ducked out of racing in finals after competing in prelims. Most likely, this is to not over-exert their swimmers, as they’ve already had a whole mid-season yards invite at the Indiana Invite before Thanksgiving, and some had an intense two days the weekend prior to that with the ACC/B1G Challenge.

Mackenzie Glover and Hennessey Stuart (post-grad) both bowed out of the 200 back, where Glover had been 2:14.71 and Stuart 2:03.73 to secure A final showings tonight. With them out, UNC’s Sophie Lindner will compete in the women’s 200 back A final, while Drew Carbone (unattached) will do the same in the men’s 200 back. Future NC State swimmer Ross Dant also scratched from the 200 back B-final, but he’s not too concerned about times right now after telling SwimSwam about an arm injury in early 2018 and his decision to train through Winter Nationals with a focus on short course YMCA Nationals this coming spring.

I dunno… what does a December meet deserve?

Everyone loves to see the Wolfpack.

The NC State swimmers and divers were at the Indiana Invite, not the OSU invite.