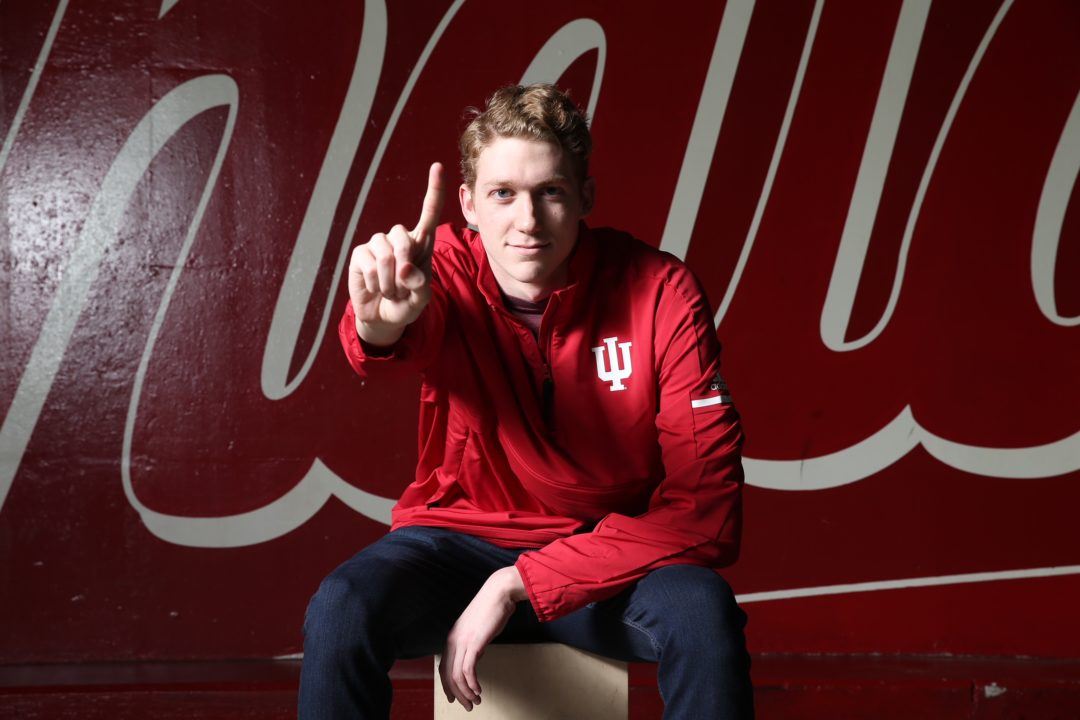 “I am very excited to announce my commitment to Indiana University. Go Hoosiers!”

In Bloomington, Backes will join a training group consisting of Ian Finnerty, the Big Ten record-holder in the 100 breast. Joseph Kucharczyk was the Hoosiers’ highest scorer in the 200 breast at 2017 B1G Championships. Backes’s best times would have made the A finals in both the 100 and 200 breaststrokes at last year’s conference meet. It took a 52.41 in the 100 and a 1:54.13 in the 200 to score at 2017 NCAA Division I Championships.

Probably helps that Cody and Zane are from Las Vegas and they have been pretty successful at IU. One of the few studs who didn’t sign in the fall!

wow, great get for indiana.

He has had big improvements over the past 18 months. Looking forward to see what he can bring to Indiana!