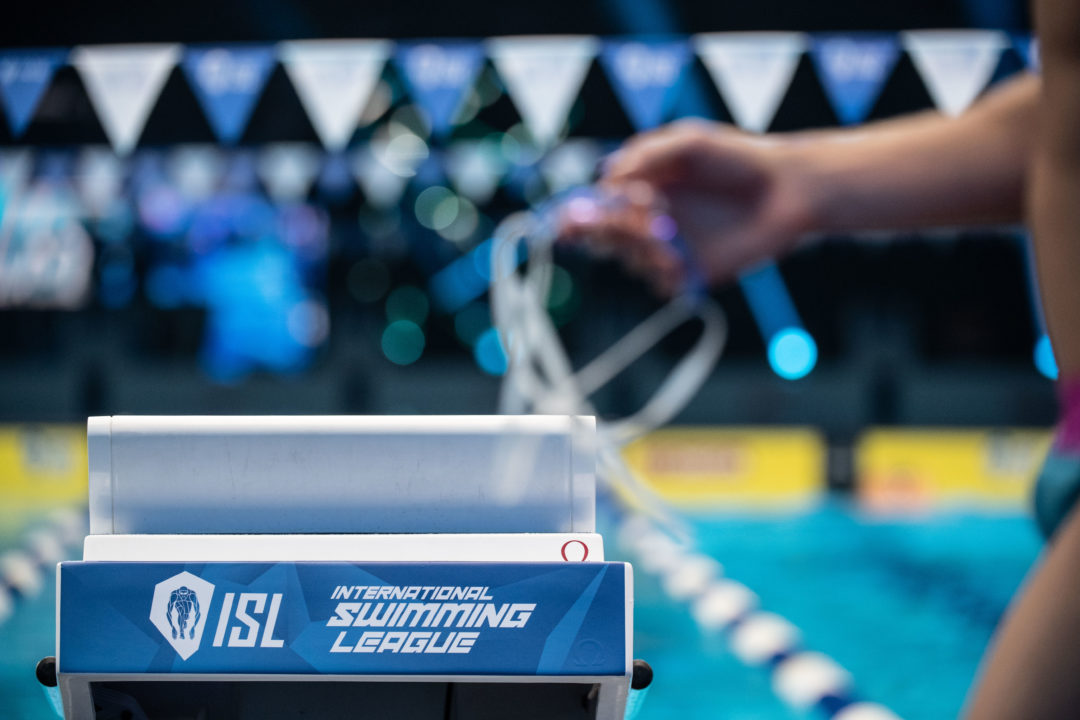 The International Swimming League (ISL) has started implementing changes in the wake of the unexpected postponement of Season 4 to 2023.

While neither man appears to have any experience managing sports at any level, they both hope to steer the ISL in the direction of becoming a sustainable, transparent, fan-friendly league.

Here’s a bit of background on the ISL’s newest hires:

Allen, 29, swam in Hong Kong during his days as an age-grouper before retiring from the sport to study philosophy, politics and economics (PPE) at the University of Oxford.

Allen then went on to become a serial entrepreneur and investor, working as the Chief Development Officer of the Oxford Education Group and a founding partner of Allen & Jain Consulting Ltd.

Despite venturing away from the pool, Allen has been a keen supporter of British Swimming and a sponsor of the ISL since its inception in 2019.

Allen says he is proud to take on a leadership role at the ISL, particularly through improving its communication, transparency and engagement with the wider community, ultimately believing the league can revolutionize the sport of swimming.

Dawe, 26, has been a passionate sports fan his entire life and has been following the ISL since its inaugural season. He’s been an enthusiastic believer in the potential of competitive swimming in regards to it being both a major global spectator sport at the pro level and also in terms of engagement in the training and daily lifestyle of the athletes.

Like Allen, Dawe studied PPE at Oxford and competed in aquatic sports at the university level before transitioning into business.

Dawe’s work has primarily been focused on founding and working on companies and scaling them through generated cash flow, while also running a consultancy firm to help scale business through business development.

Dawe is extremely excited to have taken up his position of leadership in the ISL, which he views as the sport’s best chance to achieve this potential.

A competitive amateur competitive athlete in both swimming and a range of other sports since the age of eight, Dawe is also keenly interested in the history and philosophy of sport and views his role within the ISL as applying to swimming the lessons and successes which have seen professional sports and the fitness industry make such tremendous strides over the past 50-100 years.

Dawe aims to steer the league more towards direct engagement with its audience and the swimming and sports community, while also drawing on his experience as an entrepreneur and advising scaling companies to make the organization more streamlined, adaptable and sustainable.

Allen and Dawe are also co-founders of Voxoglass, a Hong Kong-based tech company.

Voxoglass is a permanent online gallery specializing in NFTs, described on its website as the go-to one-stop shop for companies looking to build a presence in Web 3.0.

The ISL is notably listed as one of two projects on Voxoglass’ website, with the other being Blasé Bunny, which is an NFT.

Allen and Dawe will be appearing on the SwimSwam Podcast in the near future.

Can’t wait to buy an online avatar so that I can buy an NFT of a seat for my virtual-self to watch ISL and NFT’s of the swims I watched.

Honestly before we all rush in to condemn this decision, what harm is there in maintaining a bit of optimism and seeing if this might be a change in direction that could help?

I already saw so many doomsday comments about ISL as it is and unless you’re just hoping for the league’s complete downfall, we can at least give these guys a chance and who knows maybe a unique and young perspective on things could change things.

And sure, I don’t understand NFT’s either but that doesn’t disqualify them from these positions. Regarding experience managing sports leagues, you know which group of people have the most relevant experience that could transfer over to managing ISL? FINA. And I’m… Read more »

I’m getting Color Star vibes from this whole thing: https://defector.com/tag/color-star/

The decision to hire these guys is concerning, but at the same time I can see why they were hired. ISL is tanking and they need someone to bring the glam to the sport. Anyone with real CEO experience probably doesn’t want to touch the isl right now. This was a Hail Mary call that hopefully pays off. Not counting on it, but hopefully it works out.

Also “Deserves” is not the same as earned.

Hope the swimmers are cool with getting paid in dogecoin

Lol I got to the “gallery” page first: 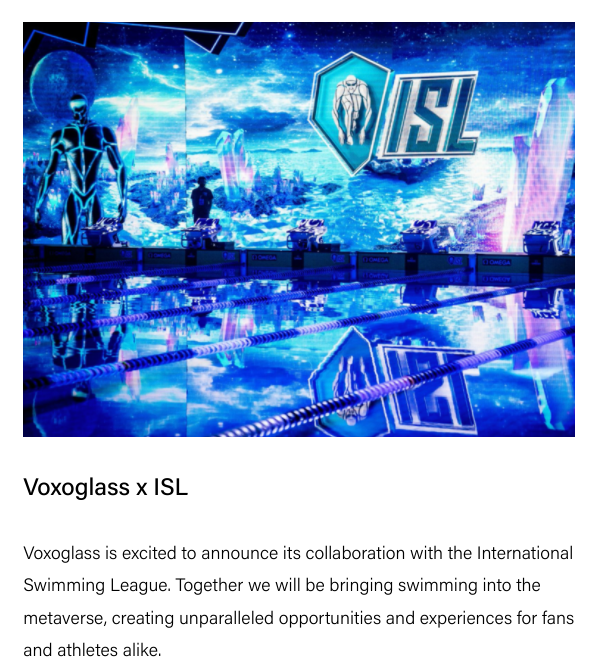 The ISL could barely get on CBS Sports before, so. Excited to see how it gets beamed directly into my brain or w/e

I’m disappointed they didn’t hire someone from an established sports league. Like, get someone who helped turned League of Legends into a massive international league. Or one of the many new minor soccer, baseball, or hockey leagues. I hope the ISL at least brings in some serious consultants. I have enjoyed the ISL so much and really want it to succeed.

Who still cares about ISL?

I had fun watching when it was on tv. I’m not going to pay a subscription for it though unless they figure out how to never have streaming/technical issues.

I also think teams need to be reconstructed, or just kick Michael Andrew’s parents out that would be good enough for me.

The fact that they each have money is their primary qualification!

Ok. No doubt these guys are bright and driven swimfans, but this is a precocious and unorthodox path to leading an international sports league. A cumulative 11 years of post-undergrad professional experience. I wish them luck.