WATCH: Should Siobhan Haughey Have Been DQed in the 200 IM at NCAAs? 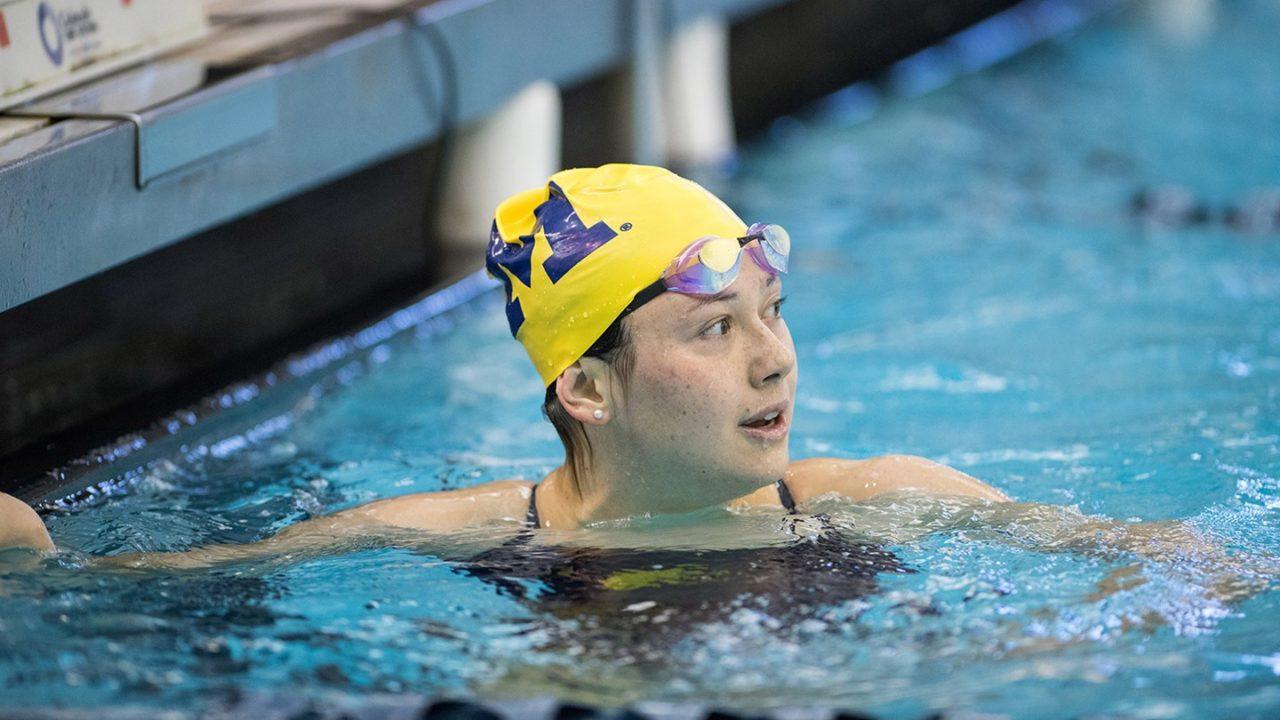 Michigan senior Siobhan Haughey, the No. 4 seed in the 200 IM, was disqualified Wednesday morning in prelims with the given reason being that she did multiple dolphin kicks in her underwater pull off the second breaststroke wall.

Her time of 1:53.88 would have made her the No. 7 qualifier of the morning, and her DQ allowed Indiana senior Bailey Andison to make the A-final, and Florida’s Vanessa Pearl to make the B-final.

We have video of her turn from multiple angles, however, and we cannot identify where the official saw multiple dolphin kicks in the footage.

You can watch the full race below, with Haughey in lane 5. Above her in lane 4 is Tennessee’s Meghan Small and below her in 6 is Cal’s Izzy Ivey. Then, you can watch her second turn specifically.

Take a look at Haughey’s second wall for yourself:

This isn’t the first time in recent memory that a high-profile swimmer got DQed for multiple fly kicks. Cal’s Matthew Josa, who also would have been the No. 7 qualifier, was DQed for the same reason at NCAAs two years ago.

No she shouldn’t have been

After looking at video I cannot understand why the official raised his hand after the brs turn. He should be ashamed of himself. Time to retire judge.

Ivey took two HUGE dolphin kicks. Haughey took one. Did they mean to dq Ivey instead of Haughey? That is an awful call.

I think you may be on to something here. The girl below her definitely had two dolphin kicks on her pullout.

Agreed! It is clear from the video the official DQd the wrong swimmer. I am an official myself and the girl below her clearly took two dolphin kicks when she did not.

Shows you there are poor officials in USA swimming like everywhere else.Time for Cameras to be used in appeals .

I’d say that too, but they official who raised his hand was only looking at lane 5… no idea what he saw there

I agree. They have dq’d the wrong swimmer. Ivey in lane 6 did a double kick on the back to breast and the second wall.

Looks as though there is an official for each lane. Are thy only responsible for monitoring only that lane. Otherwise would/should have been an opportunity for discussion for the nearest 0fficials

Turn judges usually have jurisdiction of last stroke in until first stroke out although it varies from pool to pool. That would include the entire underwater pullout. They will often have overlapping jurisdiction with walking stroke judges. It depends on how the meet director lays out the deck.

I saw no infraction in lane 5 but lane 6 is highly questionable.

You mean meet referee or the chief judge if given the responsiblity from the meet referee. The meet director would have no say in the layout of officials on the deck

Clearly only ONE KICK. So unfair…

At this level of swimming you cannot have incompetent officiating. It makes this entire meet a joke.

You can not see what the officials saw from their angle. If you want to argue with officiating, become one first and walk in our shoes