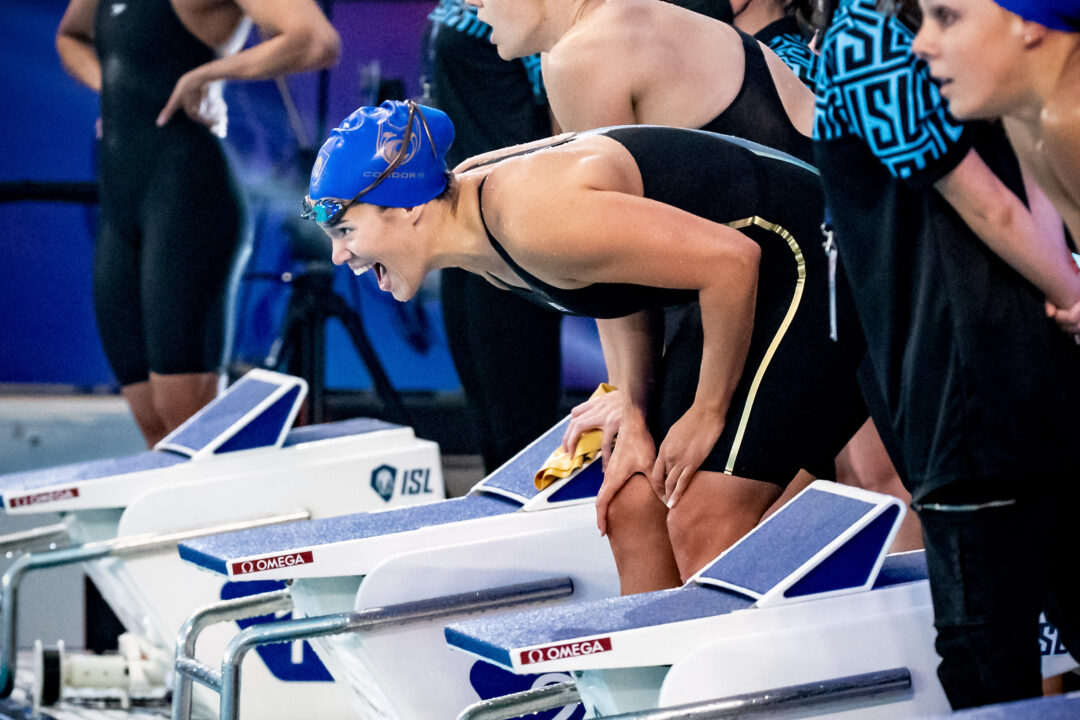 Most of the ISL teams have dealt with rosters reducing due to illness or other reasons, however the Condors lost their top athlete in Caeleb Dressel. It was reported that Dressel was under the weather upon returning to Eindhoven and would sit out from Playoff Match 6.

However, the Condors prevailed without Dressel, winning Playoff Match 6 with 532.5 points, almost 100 points ahead of Team Iron (446).

One of the most anticipated races for Match 6 was Kesli Dahlia and Ranomi Kromowidjoji in the women’s 50 fly.

Cali’s Beata Nelson earned 91 points for the Condors through individual and relay contributions. Nelson won the 200 back/100 IM, placed 2nd in the 200 IM, and swam legs on 3 of Cali’s relays. You can view a majority of Nelson’s races via the “Highlights” videos.

The final starts in 22 hours. Are we really not having any discussion of the final at all until right before? I know you don’t have finalised lists yet, but surely you can throw soemthing together right?

The final starts in 46 hours. It’s a Friday-Saturday meet.

Omg. Clearly I missed the memo there 😂😂. I thought it was following the same schedule as the other matches.

I’m in Australia and Thursday/Friday matches are on at 4am on Friday/Saturday so I guess I misunderstood.