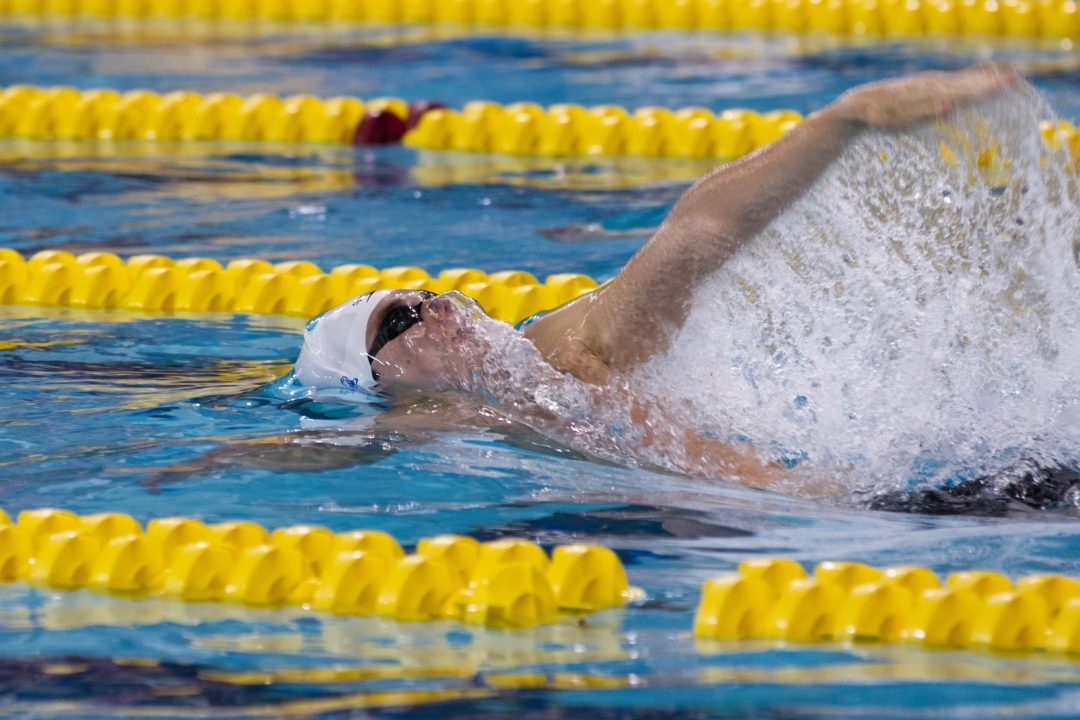 Marco Loughran is among 7 swimmers already named to a powerful-looking Wales team for the 2014 Commonwealth Games Archive photo via Tim Binning/TheSwimPictures.com

The list includes Jazz Carlin, who at the last edition of the games in Delhi, India became Wales’ first ever swimming medalist with a silver in the 200 free. It also includes backstroker Georgia Davies; breaststroker Rob Holderness who was controversially left off of the World Championship roster, former Florida Gator Marco Loughran; and butterflier Jemma Lowe.

This group of 7 among them hold a total of 18 of the 34 Welsh Senior Records.

Wales has set a three-stage qualifying system, and the above athletes were selected based on results of the 2013 World Championship and the 2013 U.S. Open who met certain qualifying times. The next two opportunities will be the British National Championships from March 24th-29th in Glasgow, and the 2014 Top Up Trials Cardiff International Meet from June 6th-8th.

This year’s Commonwealth Games will be held in Glasgow, Scotland. The swimming portion runs from July 24th-29th.

For this event, the United Kingdom is divided into several different teams based on different political divisions. The four Home Nations among these are Scotland, England, Northern Ireland and Wales, but there are several others, including Guernsey, the Isle of Man, and Jersey, for example.

Expect later additions to the roster to include names like Hannah McCarthy, Owen Morgan, and Tom Laxton.