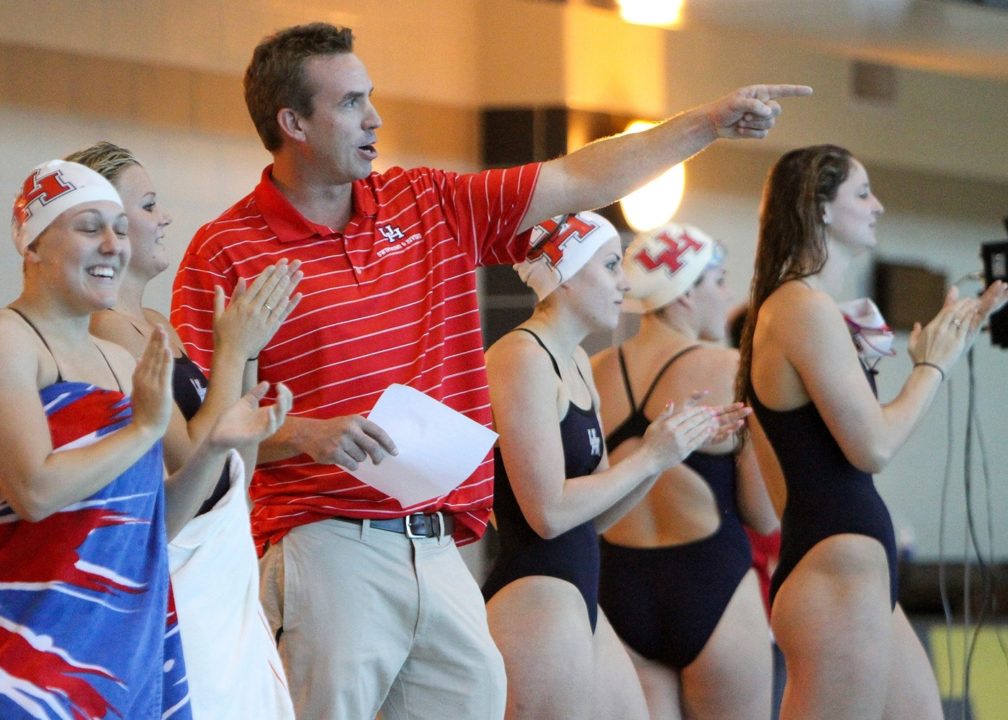 Wasting no time, and despite a call for a moratorium on hiring from alumni, the University of Virginia has hired Augie Busch as their new head coach they announced this morning. Busch comes to the program after just two years as the head coach at the University of Houston.

The 37-year old Busch stepped into a difficult situation with the Cougars, after their previous head coach and local legend Mark Taylor passed away tragically at the NCAA Championship meet the year before, and he steps into another difficult one as a fight apparently rages still to reinstate the former head coach at Virginia, Mark Bernadino.

“After doing the research to find a great fit and the type of coach best positioned to take over the Virginia swimming and diving program, there is no question in my mind that Augie Busch is someone who is uniquely qualified,” Virginia Athletics Director Craig Littlepage said. “His background with top-ranked college programs, conference and NCAA champions and Olympic-level swimmers have all prepared him to build on our programs’ success at Virginia.”

None-the-less, the Athletics Department has pushed forward with the hiring of Busch, who is the son of the USA Swimming National Team Director Frank Busch.

He had good success in two years at Houston, leading the Cougars to a 2nd-place finish at the Conference USA Championships in 2013. Perhaps just as important for the academically-rich Virginia program is that Busch’s team set a program record with a 3.42 GPA in the 2012-2013 season.

That was his first head coaching experience, after 8 years assisting under his father at Arizona. Prior to that, Busch spent two years as an assistant at Arkansas.

Busch’s college experience was as a volleyball player, where he was on the Ohio State men’s team for two years before transferring to Arizona. He was an all-state swimmer and volleyball player in high school.

The University of Houston is not well known for swimming but will forever be known at the home of the famous Phi Slamma Jamma basketball team! Good luck to UVA on their new hire.

Given this announcement it leads one to believe this was in the works in June and the departure of MB was not the starting point for the AD to find a new Head Coach.

Great for UVA! Great for Busch! Sorry to see Bernardino go, but at least the future is very bright.