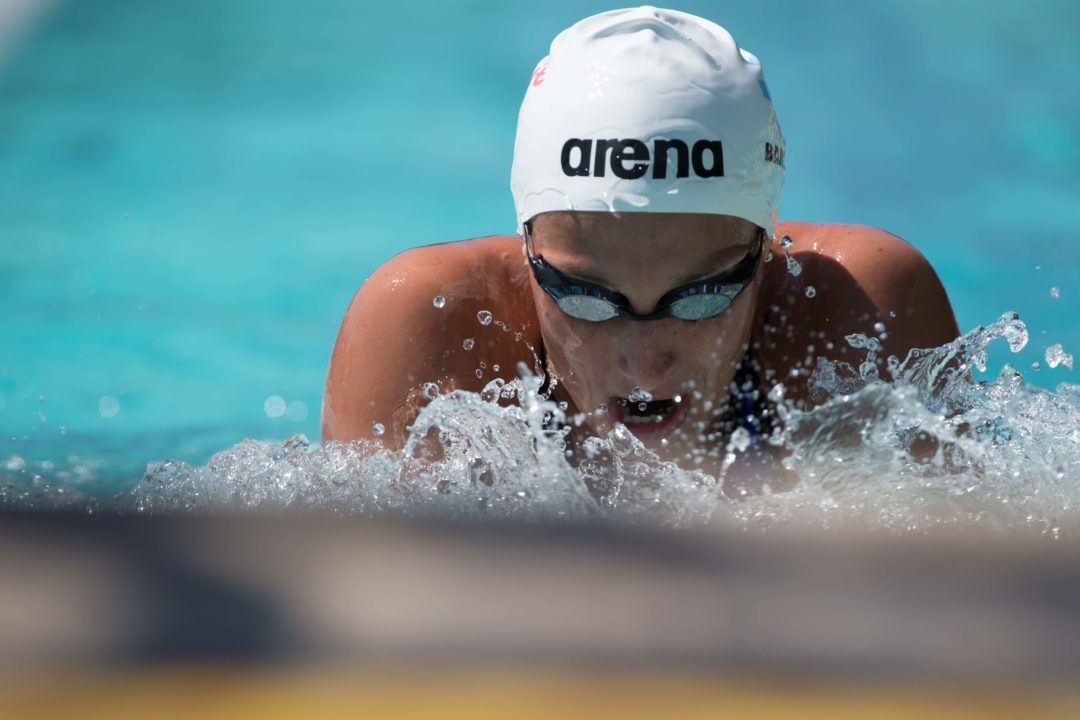 With just 8 races to go on Sunday, Brazil has secured their spot on the top of the medals table in the pool swimming portion of the 2018 South American Championships. With 5 more wins in 10 events on Saturday, Brazil took a commanding lead over Argentina in the medals table.

But the biggest news wasn’t the races they won; rather, it was one of the races they lost. The Argentinian women upended Brazil by .16 seconds in the 800 free relay, which broke a streak of at least 8-straight South American titles for the women (we were unable to locate results prior to 2002, but the streak was likely longer). The team of Delfina Pingiatello, Virginia Bardach, Delfina Dinni, and Andrea Berrino combined for a 2;09.83, while Brasil took 2nd in 8:09.99.

While Brazilian anchor Gabrielle Roncatto had the fastest split of the field (2:00.98), Argentina’s depth, including three 2:01s, won the day.

The rising Argentine team had another big swim on the day – 26-year old Virginia Bardach won the women’s 400 IM in 4:43.82, which made for a South American 3-peat for her. Her older sister Georgina holds the National Record in the event