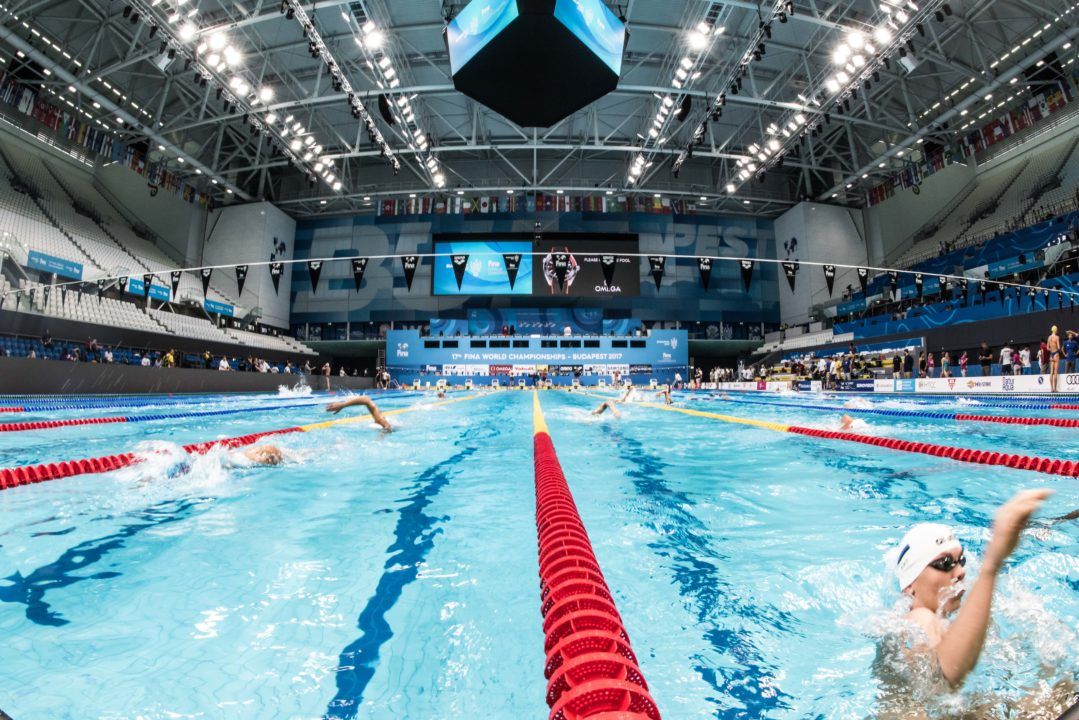 Swimming Canada is expanding its Paralympic program staff with the hiring of Michel Berube as the new NextGen & Pathways... Current photo via Mike Lewis/Ola Vista Photography

Swimming Canada is expanding its Paralympic program staff with the hiring of Michel Berube as the new NextGen & Pathways Coach, Para-swimming.

The veteran coach and administrator will provide leadership, direction and management of coach-swimmer tandems, and clubs programs on the high performance continuum. He will act as the Head Coach for all NextGen Camp programming, as well as other competitions, tours and camps as directed. As an active member of the High Performance department’s leadership team, he will work within Swimming Canada’s Long Term Athlete Development Matrix and contribute to setting the strategic and operational direction for Swimming Canada’s integrated World Class Pathway.

“It is great to have Michel Bérubé appointed into this critical position for the Para-swimming program. Michel brings a wealth of performance experience into the role and he will be a great asset for coaches and swimmers to work with,” said Swimming Canada High Performance Director John Atkinson. “To have another experienced coach working with our Para-swimming program is great for all concerned. Michel will have an immediate impact with our swimmers.”

He will participate in planning, budgets and forums, including launching a NextGen Coach Forum. His role will also include athlete tracking, regular visitation of identified athletes, coaches and clubs, and establishing key skill development continuums.

Bérubé is well known throughout Quebec and has held a similar role with the Fédération de natation du Québec (FNQ) since 2015. He will continue supporting FNQ in this role as he transitions to a full-time position with Swimming Canada over the coming month.

“I am very proud of Michel and he has done great work in Quebec,” said FNQ Executive Director Isabelle Ducharme. “I am confident he will help Swimming Canada achieve its strategic objectives in the Para-swimming program.”

Bérubé coached at Club de natation Gatineau from 2009 to 2015 and has more than 30 years experience as an on-deck coach in Canada. He started his career at Club aquatique Grande-Rivière and has also coached for Markham Aquatic Club and Laval Rouge et Or. A former national team water polo player, Berube’s international coaching assignments also include the Sydney 2000 Olympic Games and Eindhoven 2010 IPC World Swimming Championships, and he served as head coach at the Guadalajara 2011 Pan American Games.

“Over the last few years, Michel has been a member of the Competition Review committee with Swimming Canada and the Selections Committee. This exposure to the programming and planning will help him be a leader in athlete development and be a strong addition to our team,” said James Hood, senior manager, High Performance Para-swimming Programs. “Michel will be the bridge from the National Development programs under Coach Janet Dunn, to the National Team Program under Senior Coach Vince Mikuska, and we are looking forward to the skills he will bring to the team”