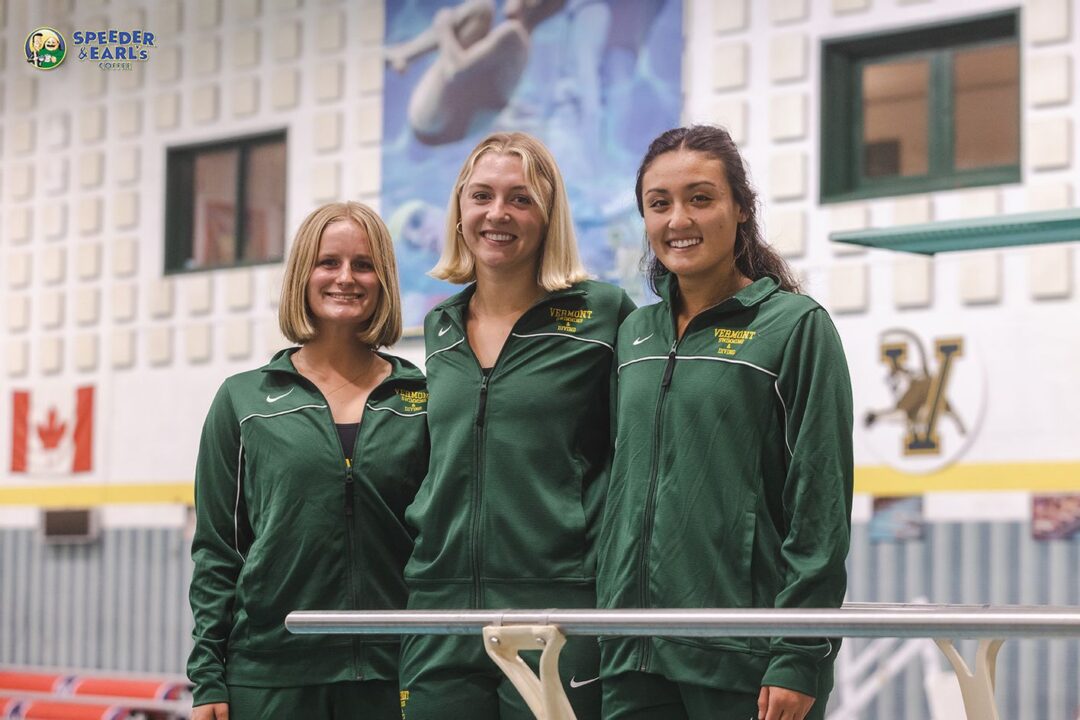 A trio of seniors, Cailin Campbell, Katherine Morrissey and Mina Poppas, will lead the Catamounts in the upcoming season. Current photo via Vermont Athletics

BURLINGTON, Vt. – The Vermont women’s swimming and diving team have announced their tri-captains for the upcoming 2022-23 season. A trio of seniors, Cailin Campbell, Katherine Morrissey and Mina Poppas will captain the team.

Campbell helped lead the Catamounts last season with outstanding performances that led to being named to the America East All-Conference team. Campbell earned All-Conference honors as a part of the 800 free relay which the Catamounts took home along with the 200 and 400 free relay at the America East Championships. Campbell is from Greentown, Pennsylvania and is majoring in Health Society with a minor in Anthropology/Biology at UVM.

Morrissey has been a key contributor to the program over the past three seasons. During her junior season she finished in the top 20 of the 200 Fly at the America East Championships. She also placed in the top 20 in the 100 Fly finishing with her best time of the season at 59.01. Originally from Kingston, Massachusetts and is majoring in Food Systems with a minor in Nutrition & Food Science at UVM.

Poppas returns after a dominating end to last season which saw her take home multiple All-Conference Honors at the America East Championship. She finished fourth in the 100 free with a time of 51.73. She was also a major part of the 200, 400 and 800 Free Relay sweep at the America East Championship earning All-Conference Honors in all three. She also holds the all-time Vermont record for the 500 freestyle with a time of 4:57.31. Originally from Hilo, Hawaii she is majoring in Biology at UVM.

The Catamounts will begin their 2022-23 campaign on Saturday morning at 11 a.m. against Northeastern. The meet will be held in Forbush Natatorium and will be streamed live on Americaeast.TV. Saturday’s meet will be UVM’s annual Military Appreciation meet presented by Milton Cat. We encourage fans to learn more about Josh Pallotta Fund, our local non-profit partner providing critical services to veterans and active military personnel. Saturday will also be Poster Day for the team, where fans can grab posters of the team at the marketing table.