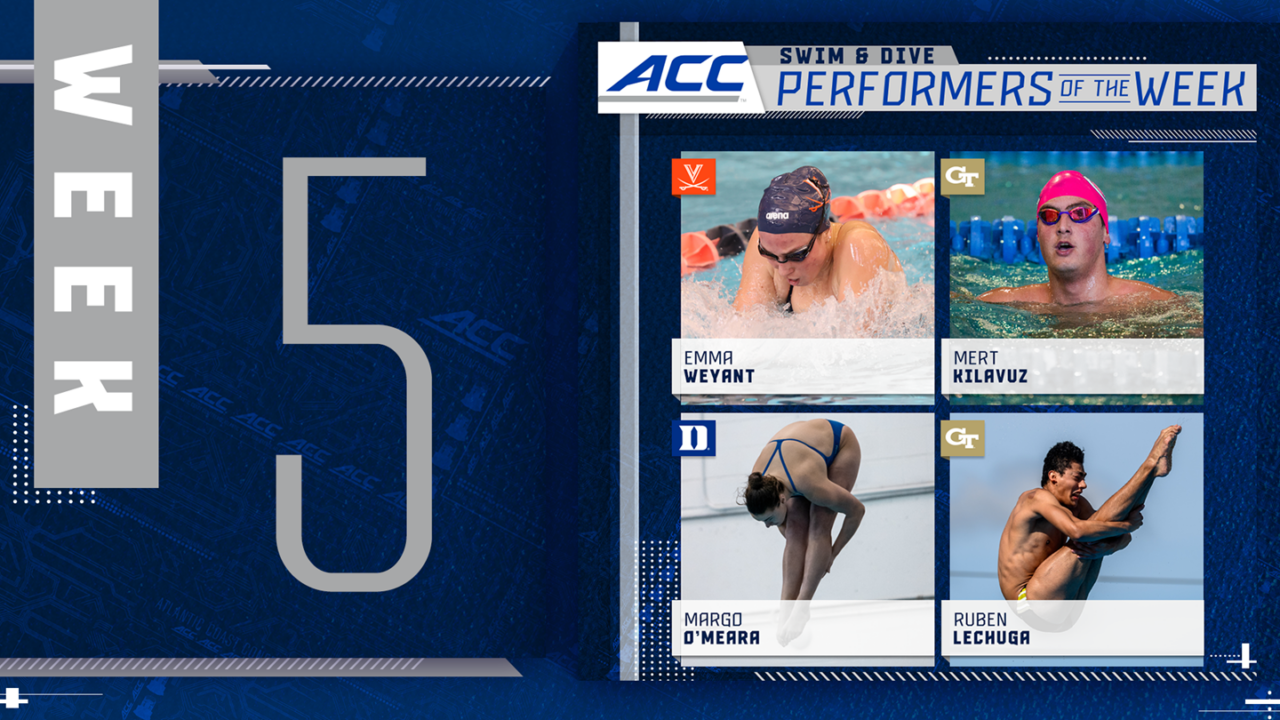 Kilavuz won all four of his events last week in Georgia Tech’s dual victories over North Carolina and Duke, while Weyant won three events against Texas. Current photo via The ACC

Lechuga won both springboard events in the Yellow Jackets’ team win at Duke Saturday. The junior from Tijuana, Mexico, recorded a score of 330.08 to capture a win in the 1-meter and recorded a career-best score of 391.13 in the 3-meter. Both scores met NCAA Zone standards.

Weyant won all three of her individual events in top-ranked Virginia’s dual-meet victory over No. 5 Texas. The freshman from Sarasota, Florida, set a UVA pool record and swam the fastest time in the NCAA this season to win the 400 IM in 4:05.68. She followed that up with a win in the 1000 free on the same day, swimming the second-fastest time in the country with a 9:42.71. On the second day of the dual, she won the 500 free to sweep the distance events with a time of 4:46.11, which ranks sixth in the NCAA. All three times met NCAA B standards.

For the second straight week, O’Meara won both springboard events. In the Blue Devils’ competition against Georgia Tech, the freshman from St. Louis, Missouri, notched a score of 319.50 in the 1-meter event and 348.98 in the 3-meter. She remained undefeated in the springboards through three meets this season.