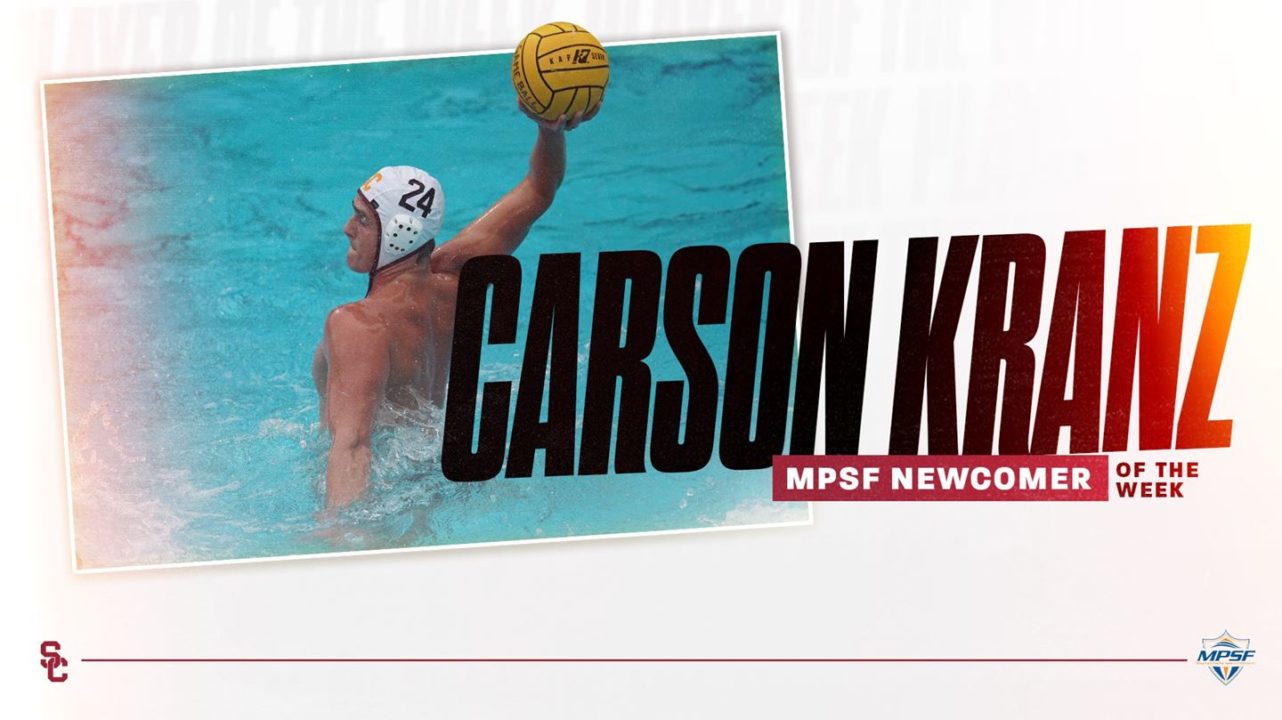 Nic Porter has been named the MPSF Player of the Week and Carson Kranz is the conference's Newcomer of the Week. Current photo via USC Athletics

After the first work trip of 2021, USC men’s water polo has picked up a sweep of the MPSF’s weekly awards. Following strong performances in Berkeley over the weekend, USC has Nic Porter standing tall as MPSF Player of the Week and freshman Carson Kranz on the honor roll for the first time as MPSF Newcomer of the Week.

Goalie Nic Porter capped up in the cage for all four games in Berkeley and hauled in double-digit saves in each game as USC went 2-2 at the event. He had 14 saves in the win over Cal on Saturday and a career-high 20 saves on Sunday with one 5-meter penalty stop.  Against UCLA, Porter had 10 saves in each game against the Bruins with one 5-meter penalty save. This is Porter’s second career pick as MPSF Player of the Week.

In his first competition for USC, freshman two-meter man Kranz scored in all four games in Berkeley, totaling six goals. He scored twice against Cal each day, and scored once vs. UCLA each day to clock in as USC’s second leading scorer over the weekend.

The next scheduled competition for the Trojans is a two-day event Feb. 6-7 at Uytengsu Aquatics Center.