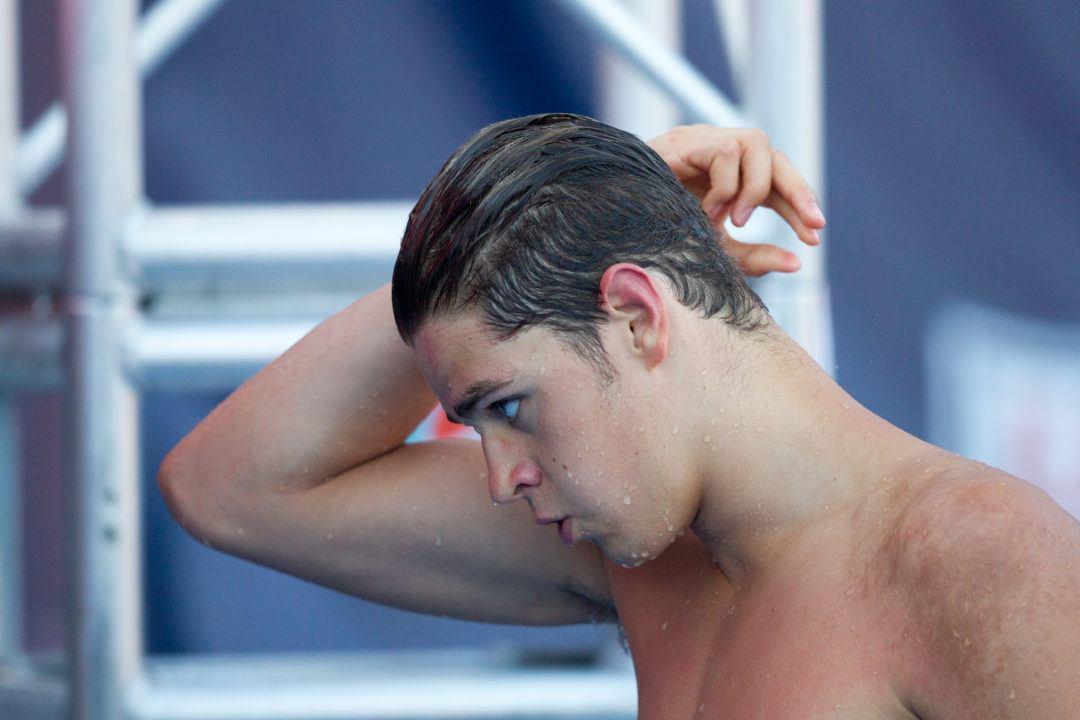 USA Swimming has announced a roster of 13 18-and-under swimmers who will travel to the 2016 FINA World Cup stops...

USA Swimming has announced a roster of 13 18-and-under swimmers who will travel to the 2016 FINA World Cup stops in Tokyo and Hong Kong later this month.

13 were selected out of a maximum of 16 spots on the team, with 8 women but only 5 men ultimately being selected.

Rich Murphy of the Dynamo Swim Club (no Dynamo swimmers qualified for the team) was selected as the head coach of the group, and Jeri Marshburn of Irvine Novaquatics has been named the team manager.

The group is led by four Olympic Trials finalists:

Full roster is below:

Love seeing 14 year old Regan Smith at this level. Had a great summer and has speed across so many events. Gaining this experience at the start of the quad is going to be very beneficial for her. Fun to see Coach Mike Parratto (Jenny Thompson) working his magic again with a great young talent. So much potential for Team USA with this tandem. Good luck!

Alex Walsh?!?! Or is she on the national team?

Alex wasn’t quite high enough in world rankings. Although I’m sure she was close. And she’s on the National Jr Team.

Thank you, was just curious.

The requirements to make this team were tough-the females had to be top 50 in the world and the men had to be top 75. There was a possible 8 women and 8 men that could make this team. The reason the men only has 5 swimmers is because invited athletes have to be in the world rankings of the selection criteria. This team is super exclusive to make-without a doubt one of the toughest junior teams to make .

Great American junior roster. Many of them have the potential to make the US olympic team in 2020. Many of them have shined at last junior pan pacs which is generally a great indicator for future great international careers. I have particularly an eye on Zoe Bartel, Regan Smith, Anya Goeders, Sean Grieshop and Andrew Abruzzo. Hopefully these teens will be well rested to shine and make a lot of finals. They have the talent to do it. Anyway that will be a huge experience for that group and especially those without any international experience.

Actually there are still some names missing like finke, michael taylor, sweetser and in women like bayer, becca mann also ivey but still a good team. I guess some of them can’t be there.

You would think Michael Taylor would have made the team, any clarification on why he didn’t qualify or just didn’t feel like doing the circuit?

Michael Taylor did qualify and so did a few others. They opted not to go on the trip.