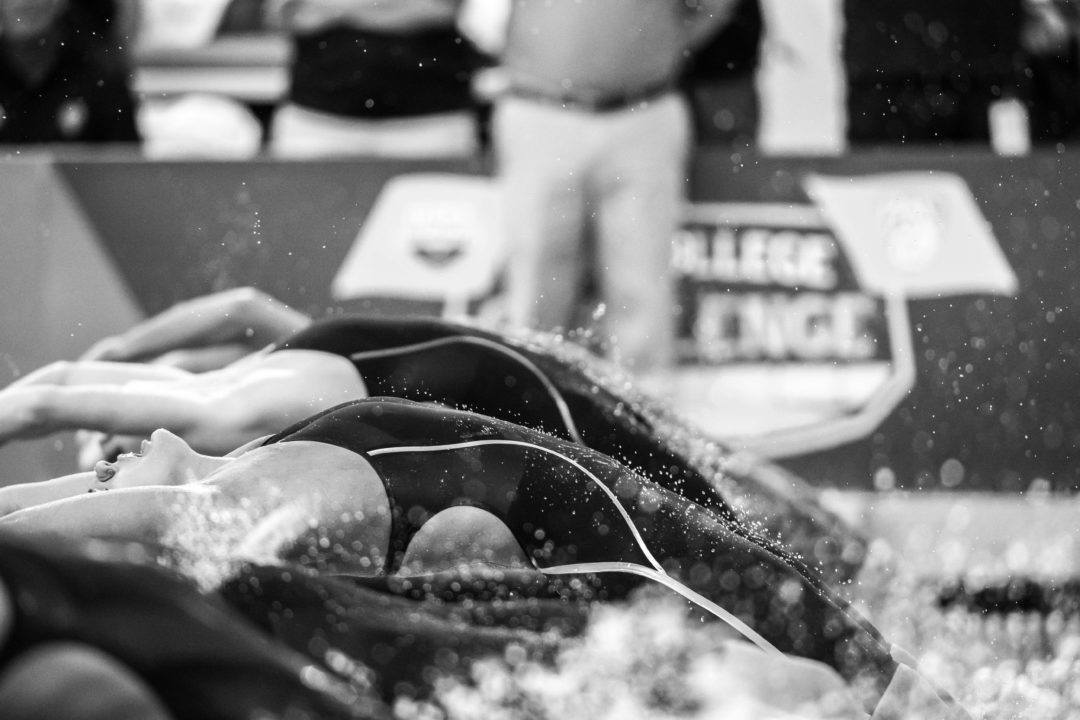 USA Swimming today announced the honorees for the second-annual 18 & Under World 100, recognizing many of the nation’s top up-and-coming swimmers for their performances in 2017. Current photo via Mike Lewis/Ola Vista Photography

USA Swimming today announced the honorees for the second-annual 18 & Under World 100, recognizing many of the nation’s top up-and-coming swimmers for their performances in 2017.

With 2017 FINA World Championships team members Regan Smith (Lakeville, Minn./Riptide Swim Team) and Robert Finke (Clearwater, Fla./St. Petersburg Aquatics) leading the way, the complete 18 & Under World 100 can be found online here. Swimmers named to the 18 & Under World 100 must be age 18 or under on Sept. 1, 2017.

The top ranked 50 men and top ranked 50 women were selected according to their highest 18 & under world ranking in an individual Olympic event. The combined lists make up the 18 & Under World 100. Athletes must be registered USA Swimming members at the time of the qualifying performances and must be eligible to represent the U.S. in international competition as of Sept. 1, 2017.

Athletes named to the 2017 World 100 List, who have never represented the United States in international competition and are currently in high school will be eligible to compete for USA Swimming at the 2018 Mel Zajac Jr. International meet in Vancouver.

Coaches of the 18 & World 100 swimmers will be invited to the USA Swimming National Team Coaches Seminar in Colorado Springs and are eligible for USA Swimming’s Coach Enrichment Program.

Selection procedures for the 18 & Under World 100 can be found online at usaswimming.org.