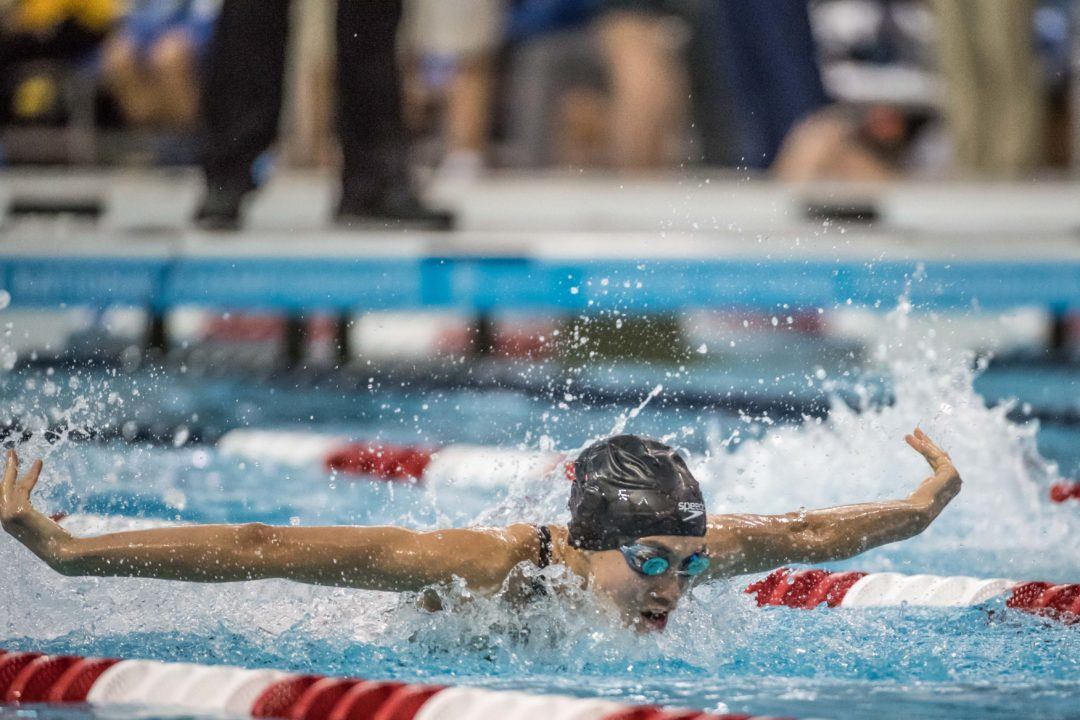 16-year-old Torri Huske will have two individual swims in Budapest with the 100 fly and 100 free now secured into her event line-up. Stock photo via Mike Lewis/Ola Vista Photography

Only two more individual events were contested on night 3 of the US national championships, the 400 IM and 100 fly. More spots for priority 2 are beginning to open up as multi-event talents are adding more swims to their Budapest line-up.

Torri Huske became the first girl to earn a double event for World Juniors with her 4th-place finish in the 100 fly A-final. The only new junior name to automatically earn a ticket to Budapest is Isabel Gormley‘s 400 IM B-final efforts.

The priority 1 doubles qualifiers is now up to 5 names, slowly starting to increase the priority 2/3 boys’ chances of being selected to the World Junior roster. Jason Louser‘s 400 IM and Blake Manoff‘s 100 fly will now be added into the mix for the chance to join the roster.

The A-final of the 100 fly was a very tight race, with the top 6 finishers overall all under 58 seconds. 15-year-old Claire Curzan was also under the great Mary T. Meagher‘s 100 fly NAG, yet finished behind Huske for 5th place. Grace Sheble also just missed touching out Isabel Gormley for the top junior spot in the 400 IM.

*McMurray has already qualified priority 1 with her 4×200 FR relay spot, yet to be determined if she will swim the 800 free as a secondary event.

Is jake foster not eligible for this meet?

is the girls class of 2020 not available for this meet? Or did Emma Weyant decline her spot

Only girls born 1st Jan 2002 or after are eligible for World Juniors.

rye ulett should make the trip, she earned the spot for sure.