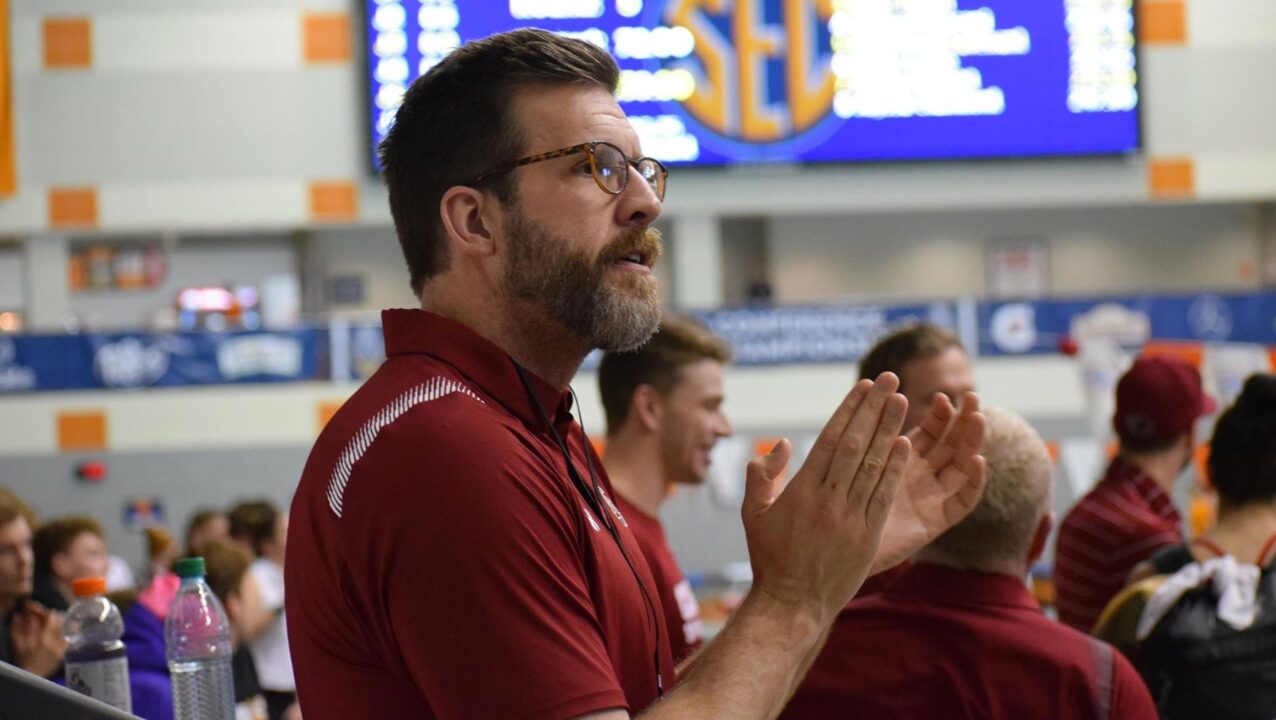 “We’re very excited to be able to promote Andy to a full-time assistant coaching role,” Poppell said. “From the first day Andy joined our program, he has been 100% invested in our student-athletes and their success both in and out of the pool. His technical knowledge of the sport, relentless work ethic, and commitment to aiding our team in any way possible have been both impressive and remarkable. I’m happy we had a position available to be able to keep him with us longer and have no doubts about his ability to continue helping us improve further as a program in the years ahead.”

Eaton swam collegiately at Kenyon College, where he was a 24-time All-American while helping the Lords win four national championships at the Division III level. After graduating with a bachelor’s degree in psychology, he volunteered as an assistant coach at D-III rival Emory, where he primarily worked with the sprint group for a semester in 2019. The women’s team won the national title, and the men placed second.

Eaton spent the next two seasons at F&M, which enjoyed two of its best seasons in program history during his brief tenure. The men’s squad took home its first conference title in a decade while snapping nearly every team record. Eaton worked with both distance and sprint groups, the latter of which featured a pair of 2020 Olympic Trials qualifiers in Chris Schiavone and Brendan Cline.

4
-1
Reply
Kenyon is not near Uganda

Eaton might very well be an awesome coach, volunteer coaching is a grind and generally I love to see someone moving from that role into a full time position. But how can you have your entire full time staff be men? 6 coaching spots and you couldn’t find one qualified woman?

To be fair he did say qualified

My mistake. I went to their website to look at their staff and didn’t see any other turnover. Missed that hire.

I’ve always wanted to have Scott Conant as my coach

So much for South Carolina climbing the SEC ladder

He’s a fantastic coach, don’t comment till you know.