U.S. Opting to Use Margalis in 400 MR Prelims Pays Off with Field-Leading Split 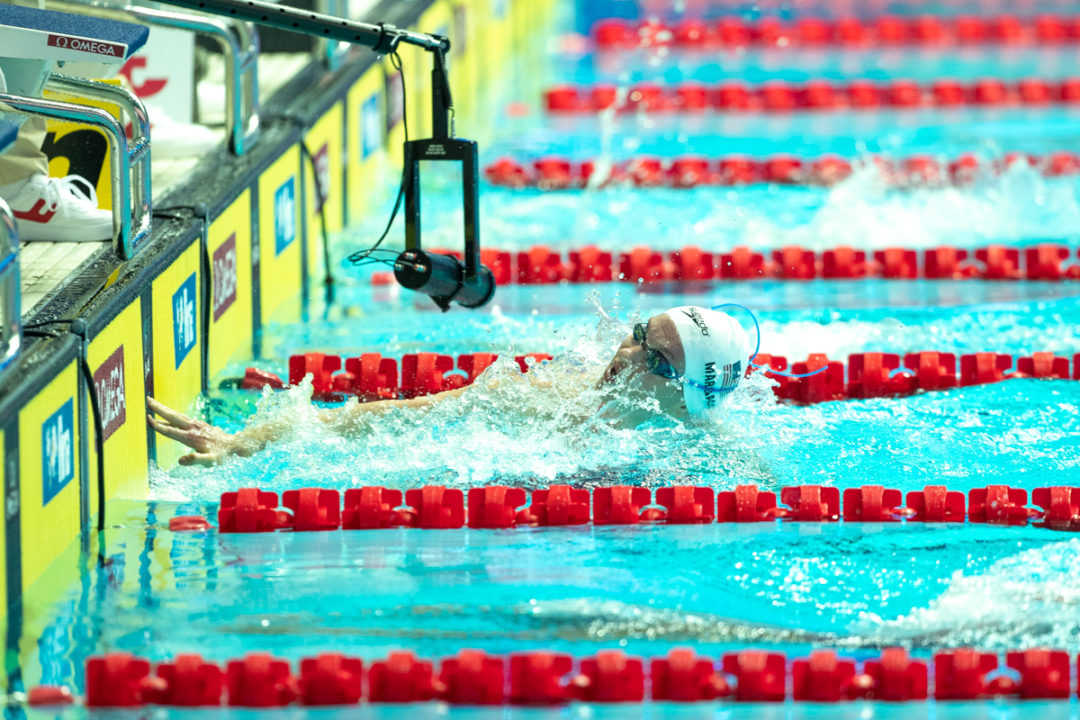 The United States' coaching staff signaled its willingness to play the hot hand, with the move paying off, by using Margalis on breast. Current photo via “Rafael/Domeyko Photography”

The United States announced before the final day of prelims at the 2019 FINA World Championships that it would opt to use Melanie Margalis in prelims of the women’s 4×100 medley relay, leaving Micah Sumrall, who competed in the event individually, off the team.

With the world record holder Lilly King a lock for the final, the U.S.’s use of Margalis here signals a willingness to play the “hot hand,” even in a scenario when it did not really matter. The American team is the top seed by nearly three seconds, and the coaching staff could have used Sumrall and still safely gotten the relay into the final but opted to put forth the best option.

Olivia Smoliga led off the prelims swim in 58.79, Katie McLaughlin went 57.15 on the fly leg, and Mallory Comerford anchored in 53.05. In the final session Sunday night, Regan Smith – fresh off a monster 200 back world record – will sub in on leadoff, King will swim breast, Kelsi Dahlia is expected to swim fly, and Simone Manuel is the presumed anchor.

Would be helpful if you told us the split ¿

I completely agree with you that the article is missing essential information. Per the live results recap, she went 1:06:40

Jordan and Yianni love this

There are more 100 back times in this article than Margalis’ split….

I really hope she can make a huge drop next year instead of being stuck at 2:08.9, she is too talented not to!

I’m not sure Sumrall is 100% healthy and that might’ve had something to do with Margalis getting the prelims swim.

I hope 2020 is Margalis breakout year